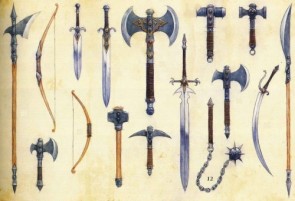 Psychotherapists have been using role-playing games for a long time to help their patients better manage their difficulties in facing society. But these "role-playing games" have little to do with the other role-playing games, of which Dungeons and Dragons is the archetype, those played on tables with dice and which precipitate the participants in a fictional flat universe generally to fantasy or science fiction.

Adam Davis and Adam Jones founded the Wheelhouse Workshop in Seattle , where such role-playing games are organized. Kotaku journalist Cecilia D'Anastasio gives us the example of a teenager, Frank, who proved to be incapable of communicating in his school environment, and who always remained isolated. They made him play the role of a barbarous dwarf, noisy and without manners. They made Frank sit in the position of his character, legs apart and elbows comfortably installed on the table. By playing this character, explains Cecilia D'Anastasio, Frank was able to experiment with other ways of interacting with others. Play could also help children who feel disoriented in society, and even help them manage autism better. Cecilia D'Anastasio says that she met the mother of an inflexible child, who found it difficult to deviate from her ideas. But, during a D&D game at the Wheelhouse Workshop, the adventurers constitute a "company" who must have to manage problems collectively. You can't do it as you please. Speaking of her child to the journalist from Kotaku, she explained to him that " he actually told me that he sometimes did not agree with what his adventure companions had decided ..., and later, he ended up agreeing that their decision was the right one… It's a surprising improvement in his flexibility. " In Pennsylvania, the Bodhana Group deals with particularly difficult cases. These therapists are in charge of a group exclusively made up of boys with difficult behavior, some having even committed sexual assaults. To help them, Jack Berkenstock, who heads the team, designs games for Dungeons and Dragons specifically adapted to these young people

Will D&D become more professional and officially join the catalog of therapeutic practices? As the Kotaku journalist cleverly concludes , certainly not, and it is better this way: “ D&D has never been and will never be marketed as a therapeutic tool. It's just a game. This is also why it could work with children who need help. ".

Berkenstock strives to design games where the actions of players have consequences, for example, it would not prevent an overly impulsive player from rushing into a lair of dragons. If his character is severely injured, it is a natural repercussion. When his players raid an orc village, he takes care to show how it affects orc children or their mothers. "I believe you can explore the consequences of your actions in an environment where no one will injure themselves physically," said Berkenstock.