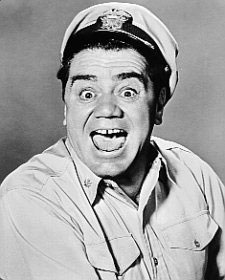 It's an undisputed fact that Z-Man Games' recent English-language reissue of Magical Ath[e]lete is the most exciting release of 2010 so far.  It's also been shown in clinical trials to be the board game most likely to cure Borgnine Spongiform Encephalopathy, a debilitating disease that I totally made up just now.

Magical Ath[e]lete is such a wonderful game that -- even when I'm not playing -- I find myself marveling at the subtleties that make it great.  There are the surprising interactions between the characters of course, but there are other, less obvious touches, too.  I love the way that some characters (like the Priest and the Siren) keep the Athletes relatively close together in a pack so that they *can* interact.  It's brilliant, because it eliminates the need to impose a tedious, ill-fitting "come from behind" rule onto the race.  Games that are as pure in concept and implementation as Magical Ath[e]lete are precious and rare.

There's one element of the game, though, that doesn't quite fit with the rest, and that's the Euro-style character draft at the beginning of the game.  It's next to impossible to reckon the qualitative value of each character, because:

1. you don't know which other characters it will run against

2. you don't know which other characters will be available to be drafted, so it's hard to budget your chips

3. it's way too hard to anticipate the interactions with the other characters in the race, even if you do know who they are

4. the interactions often depend on dice rolls that are purely random

Of course, you can try to estimate the relative usefulness of each character, but there are so many unpredictable factors involved that any such estimate is bound to be extremely rough.

I want to stress that THIS IS NOT A CRITICISM OF THE GAME.  I love unpredictability.  It's what lends suspense and drama to a game.  My concern is just that the auction-style bidding at the beginning of the game doesn't fit.  Eurogames use auctions to distribute game resources because auctions are "balancing."  By introducing an auction mechanic to distribute items that could otherwise have been shuffled and dealt out randomly, the Eurogame designer:

1. ensures that no single player gets an unfairly powerful (or unfairly weak) selection of those items

2. affords players some degree of control over their success in the game

The bidding round of Magical Ath[e]lete is only somewhat successful in accomplishing these goals.  Even if all players agree that a given character is worth three points at auction, only one player will have the opportunity to buy it at that price, so fairness and control go out the window.

Since there can be no doubt that Magical Ath[e]lete is a chaotic game, creating the illusion of fairness and control by tacking an auction onto it was a mistake.  Skipping the auction and simply dealing four or five characters face-up to each player won't make much practical difference to the way the game plays, and will shorten the game significantly.  Still, it would be nice to have some control over which characters you (and your opponents) get, and there are better ways to achieve this than an auction.  I suggest the following:

1. shuffle and deal 4 (or 5) character cards face-up to each player

2. once all cards have been dealt and all players have had an opportunity to see which characters are in the game, players pick up their cards; their hands are now secret

3. each player passes two character cards face-down to the seat to his left

4. each player considers the two cards that he received in step 3 and passes one of them to his left; he keeps the other one

I claim that this method is much faster than the auction, but no less fair or tactical.  It might even be more fun.  Use the bidding chips to keep score, or donate them to your local Borgnine Disease research charity.