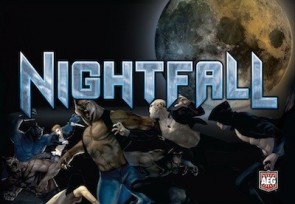 Back when I was a young lad, my whole week revolved around AMC's weekly monster movie. They'd show it on Friday nights, which was too late for me, but I'd catch it again on Saturday morning. As soon as we'd get the Sunday paper, I'd tear through it find the TV schedule just to see which classic monster movie would be shown that week. Frankenstein and The Bride of Frankenstein were and still are my favorites, but anytime you had one of those monster mash-up flicks like Frankenstein Meets the Wolfman or House of Dracula...that was serious business.

That excitement has now been tainted. The simple joy of seeing a werewolf choke the [un]living hell out of a vampire now makes me squirm, thanks to legions of teenage girls and, even more unfortunate, adults of little taste. You know what, I'm not even going to say its name. But we all know what it is, and I hope we all agree that it sucks (otherwise, get outta here!). So it's because of That Which Shall Not Be Named that I initially had no interest in Nightfall, the new deckbuilding game from AEG. Come to think of it, the deckbuilding part didn't really help either.

As it turns out, Nightfall is quite good. Not only does it manage to be all about player interaction, something sorely missing in Dominion and its ilk, but it feels nothing like any other deckbuilder out there. It feels more like playing Magic: The Gathering rather than getting ready to play it. The first thing that Nightfall does right is the first thing you do in your turn: Fight. You must fight with all of your minions, there is no holding back. You decide which minion attacks which player, they decide if they want to block, and combat works out much like it does in Magic: The Gathering. I absolutely adore this design choice. It's as if the designer is saying, "Alright, enough BS, let's rumble! If you don't have the brass, run back to your duchy."

If you aren't able to block all the damage coming your way, you take Wound cards, and the player with the least Wound cards when the Wound pile runs out wins. Wound cards are awesome up until that part where you lose the game for having them, as you're allowed to discard them at the end your turn, drawing two cards for each wound discarded in this way.

At the end of the combat, all your minions are discarded. This seemed a little odd at first, but as you play through the rest of the turn, you'll come to realize that this choice is to keep you involved throughout the other players' turns. How so? The Chain phase. Every card has a colored moon, indicating which color that card is. Most cards also have two smaller colored moons, indicating which color you can play after that. So you'll start by playing one card, then linking additional cards, one at a time. This is how you'll bring new minions into play, as well as other cards that do one-time actions and are then discarded. None of the effects on the cards go off right away, as once you're done with your chain, the player to your left can pick up where you left off, playing a card from their hand. Once it goes all the way around the table, all the cards played go off in reverse order. In addition, most cards have a Kicker, which is an additional effect that goes off if you linked the card from a certain color.

The Chain is the central mechanic in Nightfall, and it's in this phase that most of the strategy is to be found. At first, you'll likely be trying to link all the cards in your hand so that you can get them out. That's fine to an extent, since having minions out will prevent you from taking damage, but you're going to want them to still be there when it gets to your turn. If you empty your hand on the turn of the player who goes after you, it's highly likely that your minions won't be there by the time it gets back to you, as you'll have people attacking you as well as action cards going off that deal damage to your minions. Knowing when to play your cards and when to hold them, in addition to knowing when to block and when to save your minions for an attack on your turn will either make or break you in Nightfall. Learning these strategies has been tremendous fun.

The rest of the turn is more along the familiar lines of other deckbuilding games, with a buy phase and finally drawing cards. You don't discard your entire hand in Nightfall, but rather you can discard cards in order to buy more cards. You'll get the standard assortment of cards that everyone can buy from, just like in Dominion, but you'll also have two cards that only you can buy. The game starts off with a draft, where you'll get a hand of four draft cards, pick one, pass the three to the left, then pick another from the cards the player to your right passed on. These two cards will be your Personal Archives, two cards that are exclusive to you. You then pass the cards again, pick one that will be available to everyone, then the rest are randomly dealt. This choice as to what goes in the game is pretty cool, and I much prefer it over everything being entirely random or following some sort of themed setup.

I do have a number of issues with Nightfall, however. First and foremost, as unfortunate as the vampires vs. werewolves theme is, it's even more unfortunate that it plays no role whatsoever in the game. You get no sense that these are rival factions, as you can buy vampires, werewolves, and humans alike and there's no problem with that. You don't get the sense that you're building your deck around a theme, and the game greatly suffers for that. With the way things are now, I'm not sure an expansion can really fix this problem without completely disregarding nearly all the cards in the core set. Second is the feeling of sameness the plagues the card selection. I initially thought that since minion cards have different damage ratings and life points, even though the effects on those cards are similar to others, they were still different. This is not the case through repeat plays. So many cards rely on "Deal X damage to target minion," or "Deal X damage to target player." Exceptions to those effects are rare, and those cards tend to be the most memorable. Wound cards have different types, ie Bleed, Burn, Bite, etc., but there's nothing to distinguish them from each other as of now. The rulebook hints towards future expansions resolving this, and I'm interested to see where that goes. Finally, the terminology is a bit cumbersome. I've got to remind myself to tell new players that cards are not called cards, they're "orders." "Exile" means the card is removed from the game. Explaining these terms are small hurdles, but given that the theme serves absolutely no purpose to gameplay, the thematic choice of words is useless and needlessly confusing.

To sum things up, I'm going to go back to where I started this review, back into my past. Back in my middle school days and into early high school, Magic: The Gathering was the pretty much the only gaming I did. I enjoyed building my own decks as much as I did playing the game. The only reason why I stopped playing Magic: The Gathering was that I became very uncomfortable with the fact that I was only as good as I was able to stay current. Staying current meant spending more money. So given that bit of my gaming roots, the deckbuilding mechanic does appeal to me on some familiar level. But with the games in the genre up to this point, only half of that itch has been able to have been scratched. For example, with Dominion, I'm building a deck, but there's not really any game to accompany that. All I'm doing is creating an engine to get more cards, thus the same instinct that got me to stop playing Magic: The Gathering kicks in. Nightfall is the first game in the genre to break that habit, and I commend it for doing so. I've had some good fun with it, and a number of people in my group who hated previous deckbuilding games have really enjoyed it as well. Yet there's a good amount of unfinished business here, and as stated before, I don't see how my issues with the theme can be fixed at all. Ultimately, I really like the mechanics that Nightfall has laid as groundwork, but expansions will either make or break it.