'Death Ray Manta': indie, still psychedelic after all these years 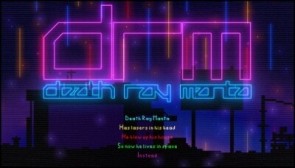 The many-splendoured universe that is digitial gaming is terra incognita to me I must confess. I mean, I’ve played video games hundreds and hundreds of times: across different platforms- arcade games, Spectrum games, PC games, console games, social network games; in genres too numerous to mention, but which barely amount to a representative sample of what digital gaming is and has been. All those games, and all I know about the single most important new gaming medium of our age is the depth of my woeful ignorance. 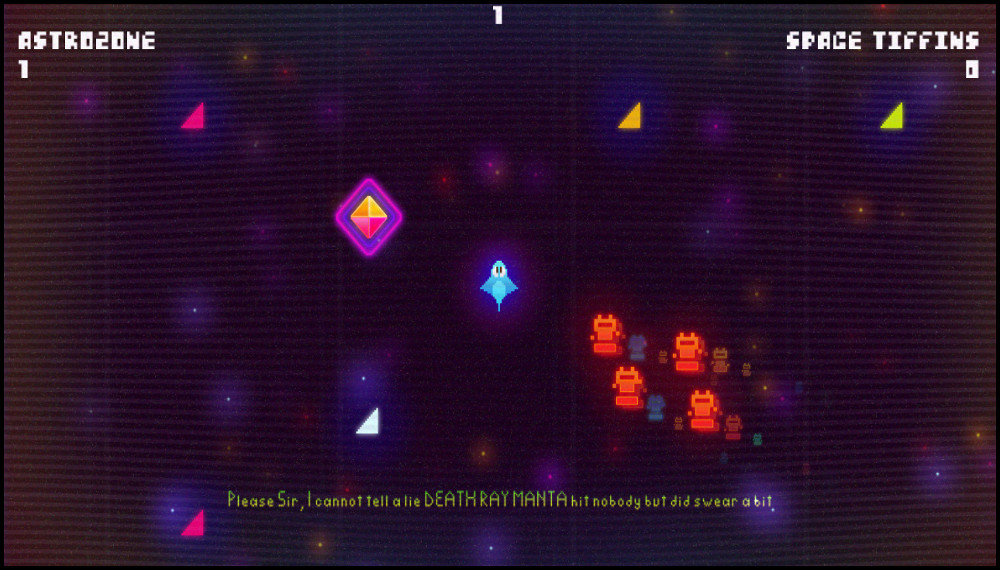 Breaking RD/KA!’s silence on the subject is long overdue. How nice then to get the chance to preview indie shooter Death Ray Manta- a fish in space with a laser on his head, a touch of attitude, and an unknown number of levels —Astrozones— to be cleansed of assorted alien threats with the Death Ray- which, it must be said, is pretty nifty. But wait, there’s a catch- well 2 actually: 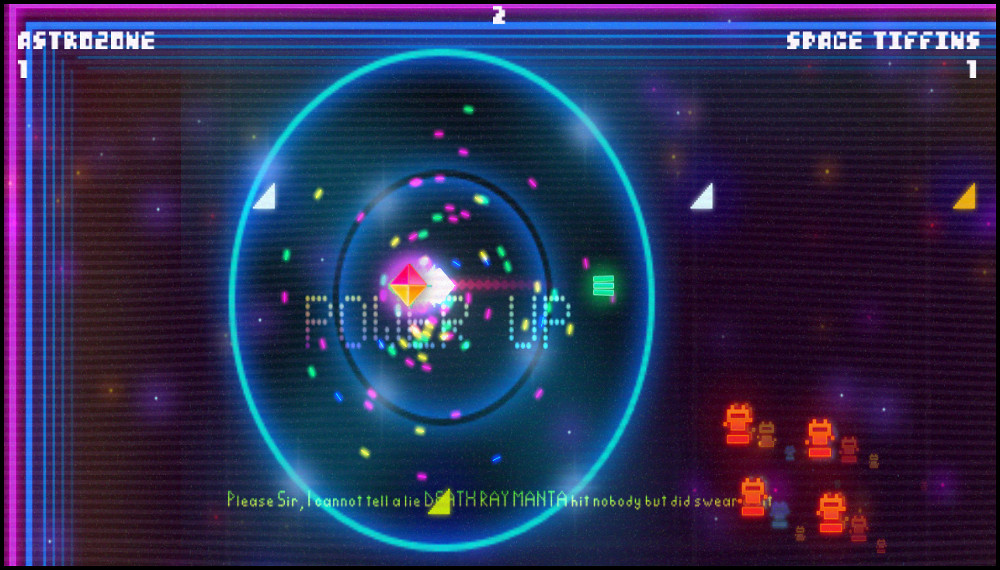 Death Ray Manta’s controls are simplicity itself: the 4 arrow keys (firing is automatic and continuous once you power up). Manta movement is pretty slick, and it has to be: the power crystals are increasingly inaccessible as you advance through the Astrozones, making deft manoeuvring in tight spots a skill put seriously to the test. The twist the Death Ray’s mobility brings to shooting allows various tactics in attack, including reversing in to draw careful beads, and sweeping strafing runs. And the alien hordes are suitably relentless, homing in unerringly on you with unswerving dedication; you can outrun them, but close manoeuvres in tight spots really slow you down… 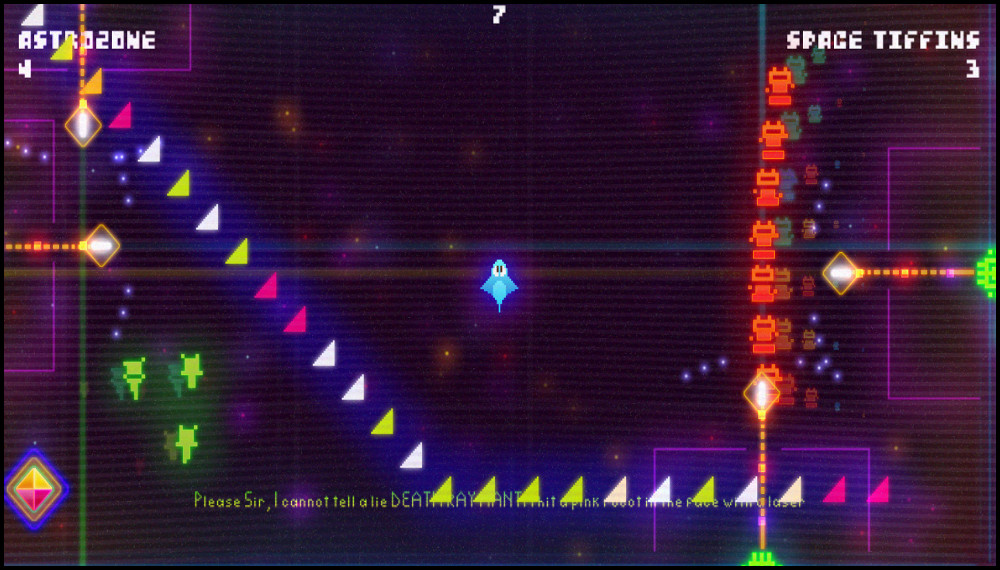 Level progression quickly ramps up the inital threats then introduces game-changing challenges. New sprites are barrelling around the confines of a crowded screen. What do they do? Where’s the power crystal? Only 1 way to find out: get back to the screen and start flying into them to see what happens. This is neat! I’m keen to fight my way through to see the changes designer Rob Remakes will ring with new levels- Death Ray Manta has definitely grabbed me and hit the ‘Repeat’ button!

Death Ray Manta- with its sly sense of humour, is a delightful game. The small levels mean that repeated play is quickly rewarding so that the escalating challenges don’t feel out of reach. What really marks out Death Ray Manta as something special to me is not this solid gameplay though; rather it’s the amazing graphics, which are often truly psychedelic in who knows how many thousands of hues?

This game is a thing of beauty. I’ll be looking out for its release I can assure you! ;)