Tow Jockey Crusade: Magic Realm - #2 Where the Hell Do I Put The Octopus?!

Violence is not the answer, it is the question. The answer is  "Yes!"

I was confident. I had this under control. The first "encounter" had been no big deal. The set up of the modular board,  the pre-recording of a character's actions for a turn, the resolution of those actions via a chit pull, certain terrain costing more actions to move through than others, all of this was familiar to me.

Now it was time to move on to "Encounter Two" which covers combat. I got out my microscope and began to read through the actual rule book. I must admit I made a mistake in my reporting in episode 1 of the Tow Jockey Crusade. I said the rule book had two columns of teeny text but in actuality it is three.

This too did not seem overly complex. Different, certainly, but not hard.  It uses a die roll but not in the traditional way and while planning seems, and I say "seems" because I'm no expert in it yet, possible there is still a whole lot of luck in it.

Combat occurs at the end of the day/turn. The rule book first describes player vs player combat. You place your chit on an opponents order sheet to indicate that  you are going to try to fight. He may or may not be able to flee depending on desire and how fast he is.

Now if the fight takes place you have to flip over your order sheet to the "battle" side which is really a sort of clunky flow chart to help you through the battle. Each character has a selection of move and attack chits which have variable speeds and strengths. Each player secretly chooses an attack chit and places it on his flow chart in either the high, medium, or low attack box. He also has the option to put a move chit in one of three other boxes indicating an evasive maneuver. Then based on the positions and speed of the attacks in relation to your opponent's maneuver, you may or may not hit him. If you got lucky and landed a hit and did it with sufficient oomph then more likely than not, unless your opponent was wearing armor  he is now dead.

It was here that I made a misstep. Hubris took control and I began to believe I could just push ahead. Player vs Player is all well and good but as my first plays are going to be solo, I wanted to know how monsters were encountered and how combat with them worked.

A voice inside me cautioned me not to get ahead of myself. To stick with the program. That I wasn't ready yet. But as it's the same voice that tells me quite often that I don't need that sour cream doughnut, I have a great deal of experience in telling it to shut up.

So I pushed on and read the rules regarding encountering monsters. I say read but I really let them wash over me because they make a great deal of references to the "Set Up Card" and rolling dice and manipulating things based on rows and columns on that card.

"Well", thought I, "I should set up the set up card so I can see with my own baby blues what all this jibber jabber actually means."

And so I came face to face with the horror that is the "set up card".  This card, actually a piece of flimsy card stock the size of the box, is covered with tracks and boxes and pictures of chits. Everything that may or may not get placed onto the board during the game is kept on this card. To set it up you need to arrange every damn one of the 200 or so chits in the game in a relatively specific way.

Chits and tokens by the truck load and all of them stuffed into tiny zip lock bags in a way that probably made sense to the person who last put it away but to a novice such as I, who has never really played the game, they may as well have been dumped into a coffee can and been well shaken. 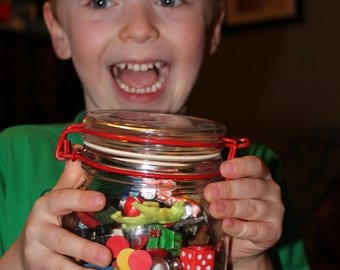 And please don't get me started on the so called "cards" used to represent the treasures and spells an adventurer might find in the Realm. Cards? Ha! Cards are the things GMT puts in a box that have such stiffness and mass that they can slice the top of a cat's head off if thrown with sufficient velocity! Cards have a suitable size so that I don't feel like Gulliver at a Lilliputian's poker game when I use them.

These pathetic slips of what is but one tiny step above paper? These things that appear to be something cut out off the back of a cereal box? These are not cards. Nothing measuring 1'x 2' can be considered a card!

In any case, after an hour of sorting chits and cards I was almost done. Just the monster tokens remained to be placed. The rules blithely tell you to put the monsters on the matching box based on size and image with the light side up although to tell you the truth if there is a right answer to which is considered the "light side" when discussing light blue and light gray I don't know what it is. Even so I figured that would work itself out later but that is when I found it...

The Giant Octopus seemed not to have a place to go. So did several monsters that were duplicates of ones that DID have places.

"Speak, Octopus!" I commanded! "Reveal your secrets unto me!"

I went into deep thought mode which consists of me placing my head in my hands and muttering vulgar oaths under my breath. This allowed me to arrive at my default course of action in such circumstance which is to say "fuck it" and proceed trusting that it would work out in the end.

I reached for the rules to begin going step by step through the encounter procedure.

What's that, you ask? Where does one keep the rule book during this process? Why on the opposite side of the table. And one does this so that, when standing up to be able to reach said rule book, one might clip the edge of that damnable set up card and send those countless chits and slips of paper skittering helter skelter across the table.

This time "fuck it" meant to pick all that crap up and come back to it later when thoughts of Giant Octopi on fire were less compelling. It was then that I found it...

The space for the Giant Octopus had been there the whole time but was buried under 10 chits and four of those tiny cards.