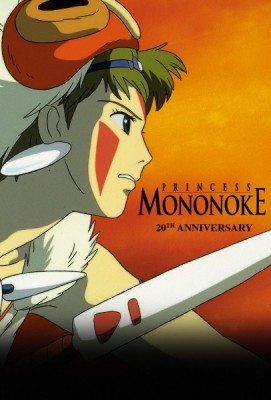 "So you say you're under a curse? So what? So's the whole damn world."

Princess Mononoke is a film about the conflict between humans and nature. Others have called it an environmentalist film and that is true to a point but not "environmentalist" in the sense that current political trends would lead us to believe. Miyazaki is not of the belief, or so it seems, that man is solely an evil agent and nature is pristine. He is expressing a need for balance. This theme was touched upon in Castle in the Sky and again in My Neighbor Totoro but in this movie it is the central message.

The forest gods and spirits are consumed by hate of the people living in Iron Town and they in turn hate the spirits of the forest. An outsider, Ashitaka, arrives on a quest to find a cure for a curse laid upon him by a diseased and poisoned forest god, and attempts to restore harmony by seeing through "eyes unclouded by hate."

There are several other players. The ungodly priest who is attempting to steal the head of the Spirit of the Forest and bring it back to the Emperor in the belief that it will bring him eternal life and an unseen Japanese lord who is sending his army to attack and take Iron Town for reasons which are unclear but seem to be because the ruler of iron town, Lady Eboshi, is developing advanced weaponry.

Lady Eboshi would normally be the villain of the piece but she isn't really. She is shown to be caring and compassionate at times though ruthless at others. The Wolf goddess, Moro, is by turns savage and nurturing. It is because these antagonists are both heroes and villains by turns, both with sincere belief that they are doing what they must, that the tragedy of the conflict is amplified.

Miyazaki also includes a strong feminist element into this film. This, again, has been seen in the Ghibli movies we have watched up to this point. Most of the movies written by him have very strong female characters. Iron Town is run by women and all the men are dopes. The Wolf spirits are women while the reckless and unwise boars seem to be male. Only in Ashitaka and San (Princess Mononoke) is there equality and balance.

It is the most Japanese of the movies up to this point. The philosophy and mythology are all very different than the ones I have grown up with. The very notion of the spirits and the Gods of the forest is foreign and difficult to understand. Where do they come from? What is the difference between a spirit and a god? Are they mortal or immortal? The divide between the cultures is very palpable.

The movie ends on a strange note where the forest and the town have been destroyed and only the Forest Spirits death has allowed new life to emerge from the ruins. Ashitaka says San should live in the forest and he will help rebuild Iron Town and he'll come and see her from time to time which led me to ask myself "What was the point of all this then?"

Shellhead replied the topic: #280445 27 Aug 2018 10:35
The first time I tried anime, I blindly checked out an infamous hentai flick that put me off anime for several years. After a few years, I saw a couple of great ones, including Princess Mononoke, which opened me to the possibilities of the medium. My girlfriend is a huge anime fan, so I have been exposed to more since then, including good, bad, and really weird anime. Most of my favorites are Miyazaki, but the only one that I own is Princess Mononoke. I liked the nuanced portrayal of the various factions, but the only character that I side with is Ashitaka. Haven't watched this in many years, but will do so again soon.

Black Barney replied the topic: #280446 27 Aug 2018 10:40
I can't wait for Spirited Away, it's the only one that really fires me up. I'd be curious to see another take on Only Yesterday and Ponyo as well though. I still have Barnes' comments on Only Yesterday branded in my mind. I don't think he was wrong at all.

Thanks for writing all these, Jeff. They're fun.

I'm totally with you here. I know it's quality. I know it has a message but I'm not sure I enjoy watching it.

jeb replied the topic: #280465 27 Aug 2018 16:49
It's crazy violent compared to most Miyazaki fare. Some stone-cold heads getting shot off in this one. Fair warning to folks that have formulated Miyazaki-is-Ok-for-Little-Kids ideas.

I have this print framed on my wall. The only anime-related thing I own other than discs. 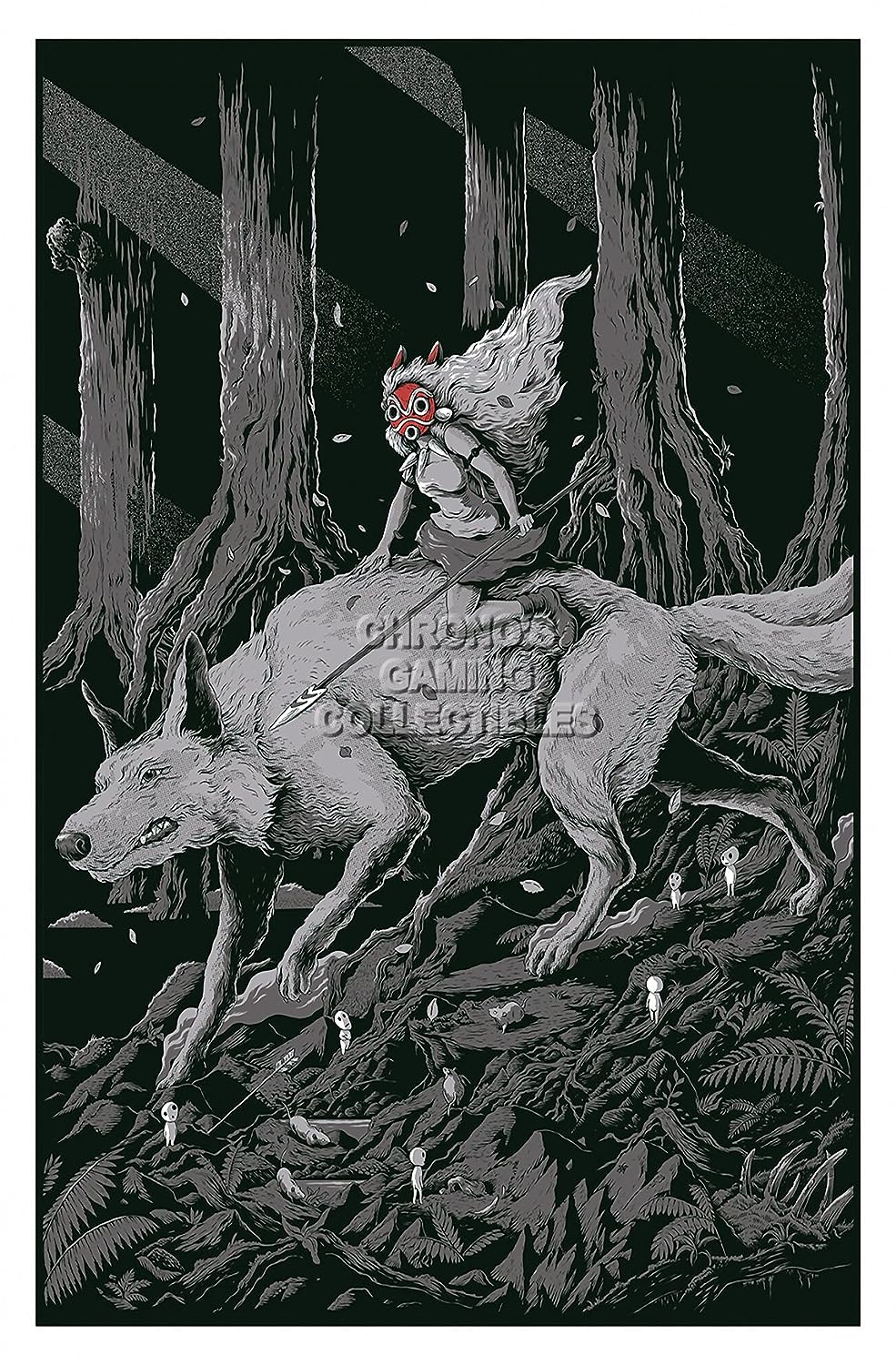 Obviously without the watermark.

What i remember - nothing is simple; people have light and dark in them; nature is to be respected and feared; mutual dependence, shades of grey everywhere.
Read More...