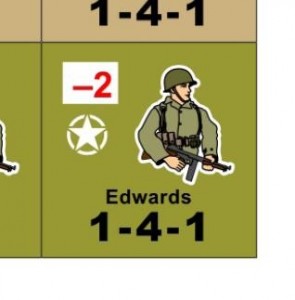 Sometimes you need to hit your thumb with a hammer to realize how good thumbs feel most days.

I've been kind of in a bit of a limbo with a game sent to me for review, because the rule book isn't sufficient for me to actually learn the game well enough to play it.  This is a new designer, with a new game that hasn't even been released yet.  Not a grand production, the game consists of a deck of cards with one additional hand-crafted (at least in my prototype copy) component in the mix.  Should be inexpensive to produce and sell, and I could see something like this getting legs and being a marketable product.  In fact I have -- this is how Wings of Glory started out the better part of 20 years back, some decks of cards and a cardboard measuring stick.  Oh, and a rule book.

That last part is the rub.  If you're going to go minimalist on a game that's fine, but I'll tell you what, you need to really nail the execution.  Simple works only when it's actually simple, and to date the rule book for this game isn't solid enough to provide a basic understanding of how you play the game.  I've provided feedback and changes have been made, but they're not sufficient and I hate to report back without having something other than "nope" to put in the response.  Much as I don't particularly enjoy it, to be helpful I need to struggle with this thing some more.  I resolved to do that at least for a bit, as it seems like the right thing to do.

Then Barry Doyle went and ruined that.  Barry is the designer of Valor & Victory which is a game that no one on TWBG besides me plays.  I've been posting a soliloquy on it in its own thread and Gary has very politely thumbed my posts, but it's pretty apparent that no one is interested in this sort of game.  It's a Squad Leader-like game but much simpler, rules fitting onto 22 pages.  Though simple, it appears to be about 25 times more complicated than the other game's rules, and Barry has nailed it.  This is perhaps the tightest, cleanest rule book I've seen for a game of its size, by far the best for a one-man-show I've ever seen at any size.

So it's one of those things where I'm sort of over a barrel.  I more or less have three games in the hopper at the moment, Leaving Earth which I put somewhere and can't find it and, besides, has an OK rulebook at best; Valor & Victory that is just begging to fall onto the table fully set up and ready to go in spite of not having an opponent picked out for it; and . . . the new game.  I have hope for the new game and the designer really took my first round of comments to heart.  He pulled the old rules down off the Internet and wrote some big changes, thanking me for the efforts and feedback.  But given the limited time I have for gaming each week I don't know how much more time I want to put towards what amounts to struggling, not playing.  In my old article I talked that a bad rule book meant I should be billing work hours instead, and I think that's about where I am with it.  I'm kind of torn on how to proceed.

Of course, Nate, I don't have a volcano going off in my back yard so I suppose I shouldn't complain.  But not since I wrote that article back in 2010 or so have I had such a clear moment to consider what I wrote.  The contrast between these two games is pretty stunning, and in my opinion likely the contrast between success and failure for this new title.  Here's hoping things get ironed out in time for the release.