Dinner and a Game 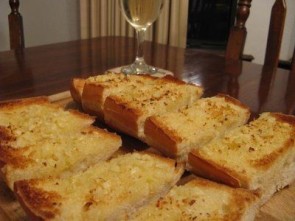 Went to Francie Pants' house for dinner and games last night. She e-mailed me last week to ask if I would add Dominion and Dominion Intrigue to my next game order. I used her request as an excuse to order Middle Earth Quest. The box arrived yesterday afternoon, so I called Francie to let her know, and she said she was having a couple of people over for dinner and games, and I should come and bring the boxes.

Francie made awesome garlic bread. I thought we were going to play Dominion, which I still haven't played, but no one was into it. Instead we played Samurai, which I had only ever played on computer before, and Pompeii.

Mostly we talked about Space Hulk and Middle Earth Quest. This is like the year of the broken figures or something. Remember a while back when it was all about the warped boards. Now it's all about the figs. I think that my Middle Earth Quest figs were made out of old chewing gum scraped off the bottom of a desk. I got two broken Middle Earth Quest dudes and three broken Space Hulk dudes. The other guy who got Space Hulk and I were able to glue the GW figs back together, but the Middle Earth Quest dudes are seriously FUBAR.  I still have to give the not obviously broken figs a closer inspection to make sure they are going to hold up. There is a third one that may be too seriously deformed to use. It keeps falling over. Then I have to get my butt in gear and request the replacements.

I would be playing a bunch of Space Hulk and Middle Earth Quest with the Man this weekend, but I have to go visit relatives instead. Boring. I'm bringing my DS.  I don't care if it does set a bad example for the Spawn. I'll let her bring hers too. Maybe we can find a place to hide and play while everyone talks about the Real Estate Market, and Healthcare Reform, and Baseball.