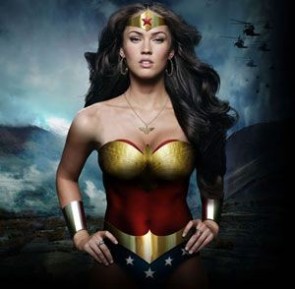 The Spawn related the following story to me today.

This morning she noticed a boy on the school bus reading a comic book.

"I like X-men and Wonder Woman," she told him.

"Those are comics. This is a graphic novel."

The boy then explained to her how superior Manga and graphic novels were to American [sneer] comic books. Also that his life's ambition was to attend PAX, the biggest video game convention in the world.

"I've been to a board game convention," she told him, "Is it like that?"

He then explained to her why video games are superior to board games, and why PAX is superior to her dumb [sneer] board game convention.

"She also said I could invite a friend."

She then flounced off to another seat.

After relating this to me, she asked me why the boy was so mean to her.

I told her not worry about it. He was destined to spend his life on internet forums complaining that girls don't share his interests. Also, points to her for turning the screw.

"Whatever," she replied, "Wonder Woman is not dumb. Wolverine could totally take those skinny Mango dudes. And boys are just flippin' stupid."