2009 The Ameritrash Year of Love

40 years after the original summer of love we are now witnessing the Fortress: Ameritrash Year of Love,  evidenced by all the new spawns popping up here at F:AT.  That's kind of why you're reading a crappy front page article by King Put rather than a good article by Barnes, Matt, Drake, Sag or somebody else.  The rest of the staff is too busy birthing babies and dealing with hormonal wives to write anything decent.  Well, Uba threatened to post some really embarrassing stories from my childhood unless I wrote a couple of hundred words.  After hearing about how Tiger Woods lost his endorsement,  I was kind of worried that if some of those stories got out,  I would lose all my endorsements from being the greatest Caylus Player in the World.  Even worse, I might even lose my invite to the Gathering. 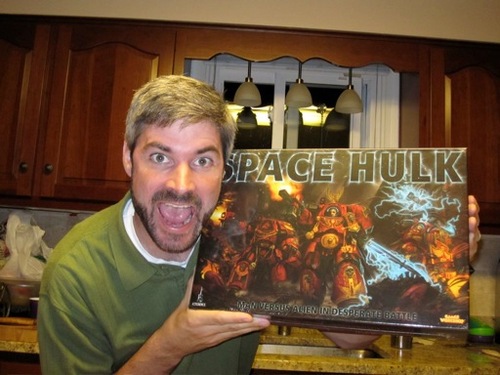 #1.  Space Hulk and the re-emergence of Games Workshop in the world of board gaming.
Games Workshop sold a shit load of copies of Space Hulk.  One of the best parts of re-release of Space Hulk was the reaction on BoardGameGeek.  It was a riot watching Space Hulk rise up the charts and watching the Euro crowd get all upset if Space Hulk passed Agricola or Puerto Rico in the stupid rankings.

#2. The year of the $100 board game.
My company brought in a high paid consultant to evaluate consumer trends.  One of the points this guy made was that in this economy people are looking at all the stuff they've been buying over the last 10 - 15 years and they're saying what the fuck do I need with all this stuff.  People are make the move from quantity to quality.  I could have saved my company a boat load of money by watching the behavior of Barnes and others this year as they sold and purged a bunch of crappy games to make room for Space Hulk.

#3.  The year of Tanga and the $10 - 15 special.
On the opposite end of the price spectrum I've seen a lot of bargains.  The year started out with GMT offering really great deals to anyone who lost there job.  Later in the year you could pick up a game like Wellington for about $20.  Than going to Cons, I saw that Z-Man and other companies were clearing out their stock of slower moving games, selling games for $5 - 10.   The year ended with Fantasy Flight Game's end of the year bash, where you could get pick up Doom for $25. 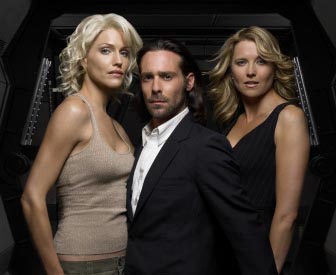 #4.  Battlestar Galactica.
2009 was the final season of Battlestar Galatica, which didn't totally suck, but it could have been so much better.  Half the episodes were pretty entertaining during the last season. Meanwhile, the Battlestar Galactica game has been hugely successful not only with Amertrash players but also with many Euro gamers.  This year Fantasy Flight Games also launched the Pegasus expansion, which Barnes named Expansion of the Year for 2009.

#6.  J. J. Abrams.
In 2008, J. J. Abrams, probably best known for the hit show Lost,  co-created the TV show Fringe.  However, in 2009 Abrams tackled one of the biggest Ameritrash Movies of the year - Star Trek.  Star Trek was one of my top 5 favorite movies of 2009.  It was a lot fun.  I liked it better than Avatar because it wasn't all heavy and tree hugging.  But I don't know why we have to do the time warp in every science fiction movie.  If they are rolling out any more 70 year guys from the original series in episode 2, I'm done with Trek.

#7.  Vampires became more popular than wizards in 2009.
I can't get away from this Twilight stuff. From the Twilight movies to the Twilight books to the Twilight Happy Meal and the Twilight clothing line.  You can also add in True Blood, the hit show on HBO.  On the board game side, Ghost Stories and Shadow Hunters got expansions in 2009.

#9. 2009 was the year of Big Blue Ass.
The year started with the Watchman and Dr. Manhattan's ass, Every 6 weeks we watched Steve Weeks making an ass of himself. The year ended with the 3-D Big Blue Asses in Avatar.