Who Gives a Damn 'bout Their Bad Reputation? 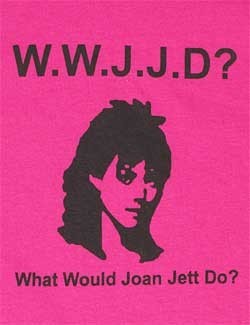 Tonight I finally got my Euro-loving friend to play La Citta. It has a map, and a bunch of little dudes, so, despite the fact that Rio Grande Games is clearly printed on the box, since I'm the one carrying the box and saying "Let's play this," it must be some kind of Ameritrash game. It's not. It's a city building game, kind of like the first few turns of a civilization type game, when you are are trying to build up your cities and population, but before you start building your military units. The little dudes are the people living in your city.

So anyway, after months of PR to convince people that the the dudes won't invade their city and blow it up, we finally play.  About 3 turns into the game my friend declares, "I like this," with a shocked and slightly puzzled look on her face. The shocked and puzzled look because I'm the one who wrestled the game to the table.

About two-thirds of the way into the game, my friend declares, "This game is really thinky. How come you play this but won't play Caylus?"

Well, because La Citta is nothing like Caylus. Seriously, don't people think that maybe a few of those games that I haul around to game club, the ones with a bazillion little bits and cards and 40 pages of rules, maybe require few functioning  brain cells  to play? They're not all Thunder Road. And why is it that as soon as a Eurogamer discovers that you do have a few functioning brain cells, they immediately want to sit you down in front of a Caylus board?

I shouldn't give a damn, but I think I have a reputation, and it may be messing with my ability to get even a Euro like La Citta on the table.

Discuss this article
Log in to comment
Posts in discussion: Who Gives a Damn 'bout Their Bad Reputation?