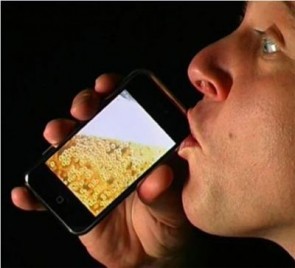 The modern lock stitch sewing machine was invented in the mid-1800s. The expectation was that it would speed up the process of making clothing. Instead, clothing became increasingly more elaborate and the process of making a garment more complex while remaining equally as time consuming as hand sewing the simpler garments of earlier times.

I see the addition of technology to board games pointing the way down the same path. It invites the addition of greater complexity in games, because the app can handle more stuff faster than a human can. On the surface this sounds great. An app that could take care of all the AH book keeping, or spit out battle resolution results without you having to do any of the math. However, the more complex a game becomes, the less a human player can understand all the factors and formulas, making the player less able to make informed decisions. It becomes less of a game, and more just an experience. Like, do you really know the formulas and algorithms that are under the hood of a video game.

My feeling is if I can do the math, I can understand the game. If the math is simple enough for me to do, an app is unnecessary and intrusive.

For me, a good board game is one where I can eyeball the state of the board, or the outcome of a die roll, and know exactly where I stand. From this information, and my knowledge of the game's formulas, algorithms, probabilities, deck distribution, etc., I can make informed choices. If I can do that, I don't need an app to do it for me. If I can't do that, the game becomes opaque. I'm no longer able to play the game. The game plays me.