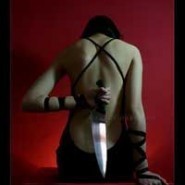 We played a couple of games of Ravenloft this week and incorporated two of the rules from Wrath of Ashardalon into the game.

1) Monsters appear on bone piles and move to bone piles, or as close to one as possible if the bone pile is occupied, when they move to a 'tile.'

2) During set up, if the treasure you receive is NOT an item, you discard it and get dealt a new treasure (until you receive an item or at least something that you can use).

The first rule made the game move much faster, and made it feel much less 'gamey.' No more discussion or strategizing over which space on the tile to move the monster to. On the other hand, it made the game feel a bit, lighter and less strategic, as that part of the game was removed.

The second rule just makes the start of the game more fun. Getting stuff is cool, and it was always disappointing when you pulled something unusable on your first draw.

Overall the first rule made the game a little harder, while the second made it a hair easier, so I think it balanced out.

We will probably eventually buy Ashardalon, which I feel is the better, more robust game. Plus, really cool minis. However,  I think we still have a lot of gaming left in Ravenloft. It works for us as a 60-90 minute two player game that the Man and I can play after the Spawn is in bed. So we won't be looking to purchase Ashardalon for quite a while.

So now my only major gripe with Ravenloft, is that the Rouge character is pretty lame. Although Ravenloft does give the Rouge the traditional advantage regarding disarming traps, it is rarely worth spending the action attempting it. Back in my D&D days, I played a Thief. Still have a bit of affection for her, and even still have my badly painted pewter mini. However the lameness of the thief/rouge character seems to hold true for most fantasy dungeon crawls and adventure type board games. I think this is because the human interaction of playing this type of character is removed from boardgames, as is the advantages of being dexterous and being able to sneak about.

Discuss this article
Log in to comment
Posts in discussion: Playing Ravenloft with Wrath of Ashardalon Rules