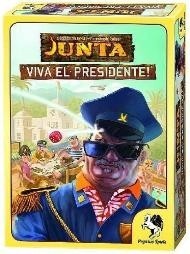 Do you ever wonder what John 3:14 actually says? It's Barnestorming #6.

So this week in Cracked LCD I’m taking a look at Z-Man’s US release of Junta: Viva El Presidente. It’s great. It’s a simple cards and dice game that strips all the old timey junk out of Junta and leaves everything that was good about the design in the first place. The main casualty is that long-winded and repetitive coup stage. Good riddance. There’s plenty of other light wargames that don’t require 7 hours and 7 players to play through. If I make it out to any of Avery’s events this weekend, I’ll bring it along.

I’ve just gotten into Warhammer: Invasion due to a trade I pulled a couple of weeks ago. I wound up with the core set and all of the “Corruption Cycle” add-ons. This is a really damn good game- it’s actually quite light and incredibly straightforward. I do think the deckbuilding angle is overrated, I’m having plenty of fun drawing 40 random cards from each faction with ten neutrals a piece and going at it. There’s not a whole lot of depth here, which is fine because it still captures a Warhammer vibe. Oh, look- Eric Lang’s name is on the box. FFG really just needs to assign him any Warhammer stuff they do from now on. Apparently there’s all kinds of multiplayer variants people have cooked up, but nobody seems to have hit on the most obvious way to do it- have a deck of “edict” cards like in Cosmic, that way nobody gets attacked more than once a round. Play straight elimination. Done. Was that so hard?

I’ve played a little more War of Honor, I like it but I think the board game part isn’t really all that significant and if anything it slightly overcomplicates the game. It’s really just a slightly streamlined L5R with different victory conditions and a very vague sense of geography…and since L5R is solid, this game is solid. I’ll likely review this in a couple of weeks after the E3 break.

Over at Nohighscores.com, we're giving away a copy of Bethesda's new co-op action-RPG Hunted: The Demon's Forge for the

My reviews of Dead or Alive: Dimensions for the 3DS and Moon Diver are up at Gameshark. DOA is pretty good, Moon Diver is garbage.

I’m doing that thing where I bounce between also-ran titles right now. I picked up a cheap copy of Far Cry 2 and I’m really digging it. The African setting is cool, and I like cruising around in a beater looking for trouble. It’s open world, which I usually don’t care for, but there’s no stupid minigames and the missions are really free-form. Plus, it’s a pretty solid FPS. There’s some neat things that happen in it…you can grenade the jeep by the guys shooting at you, but the spread of the fire from the explosion might wind up being more dangerous than the guys. I like the “fidgetyness” of it, you have to take malaria pills and sleep occasionally. And guns can jam in the middle of a firefight, which I don’t think I’ve ever seen in an FPS.

I was in the mood for a jet game so I tried the Tom Clancy H.A.W.X. games. They really, really sucked. I guess that genre is just completely dead.

I can’t quit playing First Touch Soccer. It’s a dollar game, but it’s better than the FIFA 11 offering on IOS. It’s probably the best handheld soccer game I’ve seen so far. Control is dead on, ball physics are just right, pace is good, and the AI can be brutally difficult to score on. It plays extremely well with the virtual control stick, and it has only three kick buttons with a variable degree of assists available. It isn’t quite as complex as FIFA so there are some more simplified elements, but for a mobile game that’s fine with me. It doesn’t have licensed teams or players, which is a downside, but it’s all fully editable so you can put your favorite club in there if you want. All of the advertisements in the game are generic, which is really funny. There’s banners for “Insurance”, “Trucks”, “Restaurant” and so forth.

I picked up Knight’s Defense, a strange mix of chess, GeoDefense, and I dunno, a shooter. It may be brilliant. These spaces on a chessboard generate what are more or less creeps. You position chess pieces to protect your king. The pieces all have different special abilities when you double tap them, and they upgrade ten levels. It’s incredibly intense and quite difficulty. Another one well worth a buck.

I’m all about crime films this week, so I watched Stanley Kubrick’s classic heist picture The Killing. There’s very little that connects it to his later, more 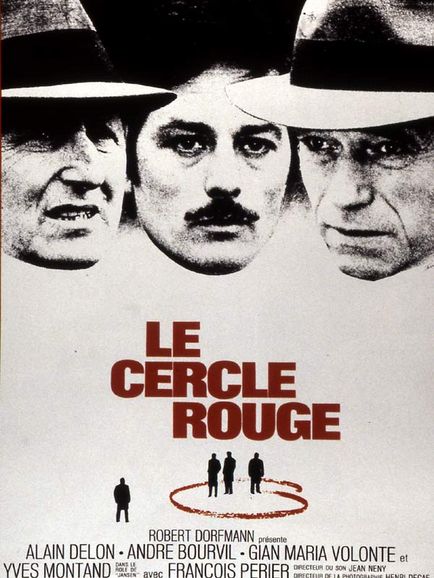 assured work but it’s a great caper film in its own regard. Sterling Hayden plays his typical hard man role and he leads a bunch of crooks in pulling off a racetrack robbery that involves a cuckolded husband, a staged brawl and a sharpshooter picking off the frontrunner on the backstretch.. Of course, things don’t quite go according to plan and it all goes to shit. Great stuff, and it makes for a nice pairing with John Huston’s Asphalt Jungle, also with Sterling Hayden.

I also watched Le Cercle Rogue again this week. This is an amazing, amazing French New Wave crime picture from 1970 directed by the tragically underrated Jean-Pierre Melville. Alain Delon, Gian Maria Volonte, and Yves Montand (yes, the singer) star in a relentlessly downbeat, slow-burning story about the robbery of a high tech (for 1970) jewelry store. There’s another sharpshooter involved in this one too, and the heist is shown in full detail during an absolutely stunning 30 minute sequence.

What makes this film- and other Melville films like Le Doulos and Le Samourai- is how freaking ice cold they are. The photography is muted, gestures are more significant than words, and there’s an existential, somber tone that hangs over them. They’re also cool in the hip sense too, with lots of French guys with terrific moustaches pulling Walther P-38s from trenchcoats. Several are available on Netflix for instant viewing, thanks to the Criterion Collection.

All the Misfits talk last week sent me to the racks for “American Psycho” and “Famous Monsters”, the somewhat divisive reunion albums from the late 1990s-2000s. Listening to them again, more than ten years removed from the “OMG that guy isn’t Danzig” politics of the time, it’s remarkable how well these records have held up. Some of it is classic Misfits that sounds exactly how a more mature, skilled version of the same band that cut “Walk Among Us” would sound. Some of it hearkens back to the proto-thrash of “Earth A.D.” And some of it is pretty darn different, but hardly embarrassing to the Misfits’legend. The thing is, Michael Graves, like Danzig, could really sing. The difference is that Doyle and Jerry by that time were obviously much more skilled musicians and the production was MUCH higher quality so the result is that the albums don’t sound like teenagers bashing away on untuned instruments while some guy sings his guts out. They sound like professional records made by professionals. But hardly “sellouts”. There’s some truly great Misfits material on these records- “The Haunting” stands out as one of their best ever tracks- and it totally sounds like a continuation of what they were doing in the 1970s and 1980s.

Next week is E3 so there won’t be a Cracked LCD. I hope you’ll be able to get by without it. I’ll still report in for work here though.