Getting Rid of Games 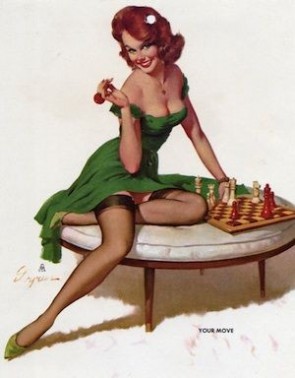 We have way too many games, and I often want to get rid of some, but there is a couple of issues that prevent me from doing so.

I live with two other gamers. To get rid of a game we all have to agree upon it. It seems like whenever I pull something off the self and say "We should get rid of this", someone disagrees. Even when I do get everyone to agree, and I put the game up on my for trade list, when I actually get an offer, someone has second thoughts. Just this past week I put a few games up on a math trade that we had all agreed to sell.trade several moths ago. One game that we hadn't played in at least 4 years actually traded. When I announced the good news, The Spawn was all like, "You traded that away! Noooooo." And then there was pouting.

Selling used games doesn't make sense to me anymore. Shipping costs have gotten so high that it simply isn't worth it. It costs like $10-$12 to ship the average game. My time is worth a lot to me, so if I'm not getting at least $25 for a game, it just isn't worth the time or effort to put it in a box, drive over to the post office, stand in line and mail it. If a game only costs like $35 new, it's totally not worth it for anyone to pay $25 plus shipping for a used copy. I think a game would have to cost at least $45 or $50 new for anyone to even consider paying $25 plus shipping for a used copy.

So, assuming that I have actually gotten the family to agree to get rid of a game, and the game costs under $45 new, that means trading it rather than selling it.  My criteria for what I trade for is that we have to really want it, and the game we are getting has to be worth my time to pack up the game I'm getting rid of plus the cost of shipping it.

Looking over the games we have agreed to trade/sell, I've decided that most of them can not reasonably expect to sell or trade for anything worth $10 plus hunting down where the hell we put the bubble wrap and that box I was saving and the tape, and then standing in line at the post office. Therefore I've started moving games from our trade/sell pile over to a give away/donate pile. You would think it would be easy to give stuff away, but it isn't. I've tried giving some of them to KingPut, Francie Pants and other gamers I know, but they are all like, "No way. My shelves are crammed.  I have too much of my own shit that I need to get rid of."

Fortunately I recently made a new 'friend.' Actually she is The Spawn's friend.  She's a 13 year old geek girl with a voice like Daria who slouches around my house wearing a rumbled school uniform bumping into shit because her face is always about 2 inches away from her Kindle. The Spawn is always like, "Let's do make-overs and listen to music." And Kindle Girl is like, "Yeah, whatever. [Kindle still two inches from her face]." Followed by, " Hey, what are you doing. Cut it out. Stop pulling on my hair."

A few weeks back I suggested the girls compromise and play a boardgame. I opened the door to the old wardrobe where I store games, and  Kindle Girl dropped that Kindle like it was hot. She stood mouth agape in awe and wonderment as if I had just thrown open the wardrobe door and revealed the passage to Narnia (geek girl, remember, she's read The Lion, the Witch and the Wardrobe like 6 times).

So we've been playing boardgames together most Friday afternoons. Last time, when her parents came to pick her up, she asked them if she could get a copy of one of the games I had just taught her, her parents replied, "We have plenty of games already. We have Sorry and Life and  Clue ..." The girl just rolled her eyes said, "Whatever."

The only reservation I have now is just how much her parents will hate me if their daughter starts showing up at home with our played out family games, wanting her family to play  with her. I also haven't yet been able to assign a monetary value to the goodwill of The Spawn's friend's parents.