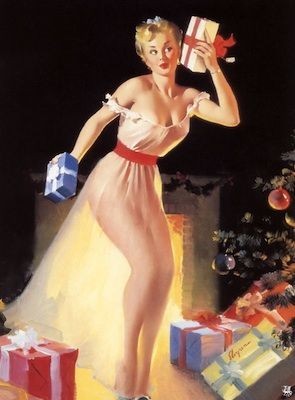 My Man spoiled me this week. I got the Dark Pharaoh (Revised) and Miskatonic expansions for Arkham Horror, and the Mansions of Madness Forbidden Alchemy expansion. As a bonus, Fantasy Flight Games finally published the revised rules for Elder Sign. So, it's been an Arkham Holiday this week in my house.

Both Dark Pharaoh and Miskatonic were better than I expected.

The original version of Dark Pharaoh added encounter cards to the existing base game Arkham and Other Worlds location decks which, if you happened to draw them might give you an exhibit item. We pretty much played with this expansion shuffled into the decks all the time. In the many times we played, even with DP as the only added expansion, exhibit items rarely showed up. The revised Dark Pharaoh expansion adds an exhibit location token and exhibit encounters to the game. The exhibit token starts in the Miskatonic University streets, and moves like a monster with a moon symbol. If you are on the exhibit token during the Arkham phase, you draw an exhibit encounter and have a fairly good chance of getting a cool exhibit item. I like having lots of cool items, and this increases the chance of cool exhibit items actually showing up in the game. Plus, if monsters and the exhibit location token happen to end up on the same street location, you get to have an exhibit encounter during your Arkham phase, which makes playing the character responsible for keeping the streets clear of monsters more fun and rewarding.

The Miskatonic Horror expansion adds a bunch of cards to the game. The new encounter and mythos cards freshened up the game for us. The new injury and madness cards were pretty funny as well. Miskatonic also includes new "Institution Variants." These are on cards like the guardians and heralds. While other Arkham expansions seem to be focused on making the game harder when playing with more players, these seem to be focused on making the game easier when playing with fewer players. They could also be balanced out by adding heralds. We played with Organized Crime which allows you to pay $3 or one item during set-up to buy a retainer. You can shop on the black market if you end your turn in a street location and get healed by the sawbones at any Arkham location.  This brings a bunch of money and items into the game, and obviously makes the game easier. I think we will be using it a lot for 2-player games, rather than playing 2 characters each. I only skimmed the other Institution Variant. It appears to make it easier to move between boards when playing with an expansion that adds another board. This would make it easer to play with an additional board when you have fewer players. I'm looking forward to testing this theory in the near future. Our big box expansions don't see much action as we mostly play with only 2 or 3 players.

I spent a fair amount of time sorting and organizing these two expansions to get everything to fit into my Arkham Horror case. I managed to do it, just barely, with only about 2 cubic inches to spare.

I was happy to receive my corrected cards in the Mansions of Madness Forbidden Alchemy expansion. Since the buzz is that Forbidden Alchemy is too FUBAR to play, and CP has announced that we will all be able to get corrected stuff some time in the future, I even didn't bother trying to play it. I just sorted and organized and squeezed all the bits and cards and tiles into the box with base game. I'm not too cranky about it. I haven't totally played out the base game or the Season of the Witch expansion, so, personally, I have no issue with waiting for the corrected stuff.

Speaking of waiting, the revised rules for Elder Sign are finally out. I haven't played Elder Sign since about a week after I got it in September. It was just too annoying. We printed out the new rules and played tonight. The game still feels and plays the same, just all the WTF has been eliminated.