Barnestorming #37- Panic Station in Review, Incredibles, Fields of the Nephilim 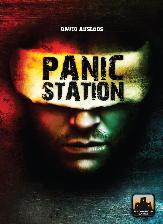 Another of last year’s games this week reviewed- Panic Station, designed by David Ausloos (Shapeshifter here on F:AT) and published by Stronghold Games who look to be ruling 2012 with an ambitious release schedule and some very, very strong-looking titles.

Panic Station is interesting- it’s just about as volatile, fragile, and inconsistent a game as I’ve ever played. It has so many fracture points that it’s been something of a minor miracle when our games have gone smoothly and without someone completely disconnecting from either the rules or the metagame. When it’s working, I actually think it’s brilliant and it could be an even better “paranoid co-op” than BSG. When it doesn’t work, it’s a total drag of gamey mechanics, weird rules, and cloying uncertainty.

The thing about is, as somebody that has written a whole, whole lot about games over the past seven or eight years, I find it really kind of thrilling that it’s not the kind of game where you check off a “yes” or “no” box in response to the question “is this game good/worth buying/worth playing”. I like that it’s so divisive, and I like that it’s really quite demanding of the players to make it work correctly. The first time we played it at the Hellfire Club, we played other games afterword but about every five minutes someone would pipe up with “You know what that game really needs?” or “I think you could probably do this with that mechanic”. It’s a conversation starter…but it’s also a game where you might have a session that completely bombs due to the wonky rules or player disengagement. It really is pretty dumb that troopers can’t fire guns. And that Androids can be infected with parasites all the way across the board.

Kingdoms of Amalur looks like a hit based on the hour long demo. Looks great, plays great, and feels pretty unique. It remains to be seen if the interesting mix of single-player MMOPRG, brawler, action RPG, and Dragon Age-like dialogue emerges as a game-changer for the genre or just a mess. I Loved the time I had with it and I can’t wait to play more. Maybe if we all buy it, Curt Schilling (part of the production team) will get Upfront 2000 published. As an XBLA game.

My Choplifter HD review went up. Wait for a sale. I have been squeezing in some Kingdom Rush, which I think is probably the best tower defense game yet. It’s really freaking hard and there’s some very cool depth in terms of permanent ability increases bought with stars and towers that have branching upgrade paths. There’s also cool touches like being able to set a flag to reposition soldiers and an instant “farmer uprising” button to put a speedbump in front of the creeps. It’s got a Castle Crashers-style look that’s fun and not cutesy IOS irritating, and there’s plenty of levels and challenges. It’s iPad only.

Caylus. I’m not sure. Implementation is decent. It seems just as dull in 15 minute, full game sessions as it does in three hour tabletop ones. The mechanics are interesting, it’s just so, so very soulless and it is so processional that it almost feels like a parody of that descriptor. It is kind of funny that the workers are represented by fatbellied, beareded men- the stereotypical Caylus enthusiast.

River has been watching The Incredibles over and over again lately. I’ve seen it more in the past week than I have in my entire life.

The good news is that it’s a great picture, easily Pixar’s most sophisticated, satirical, and passionate. The writing is so freaking smart- sharp, witty, and sometimes witheringly astute. “Everybody’s special, Dash”. “Which is a way of saying that no one is”. There’s some really clever stuff with Mr. Incredible and his apparent “infidelity” as well. It really is kind of like Watchmen for kids in some ways- very postmodern and revisionist yet reverential of its subject.

The theme of accepting mediocrity and denying excellence is pretty hardline stuff for a kid flick, as is the general message that the typical, middle-class American lifestyle is a soul-crushing morass that stifles the exceptional.

I hope to god they never make a sequel. 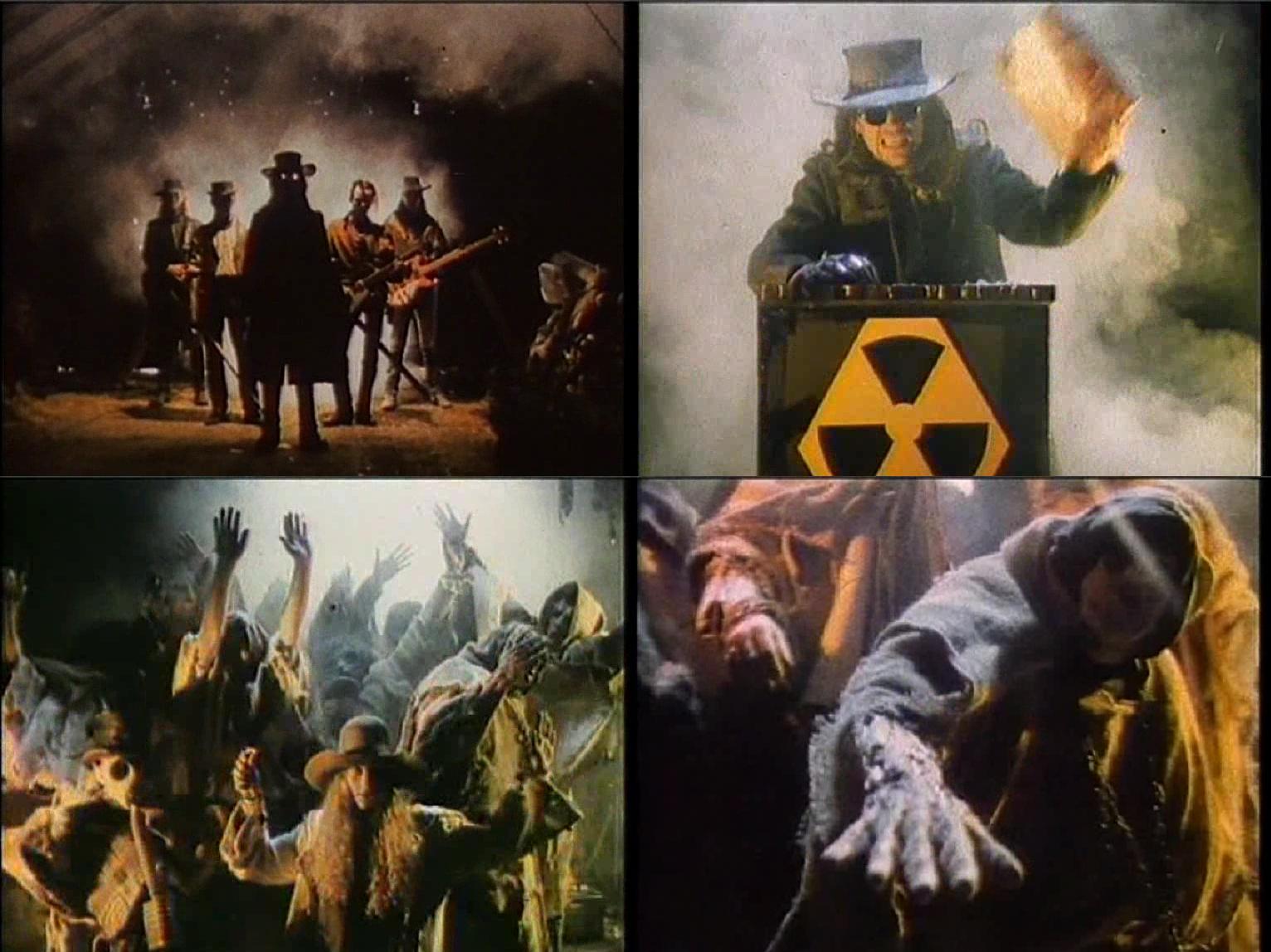 In the early 1990s, when I was all up into goth and death rock, I was also really getting into Spaghetti Westerns. So when I saw a picture of Fields of the Nephilim all decked out in beat-up dusters, spurs, and other very baroque Western bounty hunter gear, I had to hear them. Of course, this was before the magic of Spotify or even Amazon.com so their records were hard to come by. I remember finding a copy of “Dawnrazor” at a record show and it was $50, and I bought it on the spot.

I haven’t really listened to Fields of the Nephilim in a while and I’m not really sure why I got in the mood to hear their really quite weird mix of Sisters of Mercy-ish goth rock, Pink Floyd, and Ennio Morricone. But revisiting the catalog and in particular the “Revelations” compilation, I sure did miss these guys.

The Western thing is just awesome, but it’s really only front-and-center on the record “Dawnrazor” which opens with a cover of “Man with a Harmonica” from Once Upon a Time in the West. The remainder of the album could almost pass for a death rock ZZ Top in spots. You’ve got to hear “Preacher Man” if you haven’t before. Better yet, watch the awesome postapocalyptic video, directed by grade A weirdo Richard Stanley (Dust Devil, Hardware). Not on the album but a must-hear- “Psychonaut”, which starts off sounding like a Joy Division clone but turns into something much greater.

The 1988 Nephilim album is bigger, more occult, and even more Pink Floydian. It’s more sophisticated, I suppose, but I definitely prefer the dusty, spurs-clacking goth rock sound of the previous one. There’s a couple of live things and a third record that I’ve never really gotten into, but now I just might thanks again to Spotify.

Whatever you do, avoid anything any of these guys did after Fields of the Nephilim. Carl McCoy resurrected the band in the late 1990s as The Nephilim and did this really lousy death metal record. The other guys did some pretty boring UK death rock in Rubicon.

Discuss this article
Log in to comment
Posts in discussion: Barnestorming #37- Panic Station in Review, Incredibles, Fields of the Nephilim