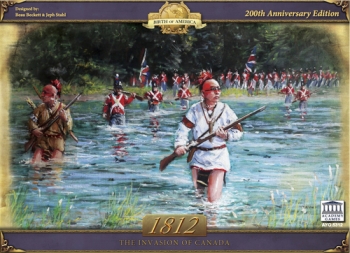 Holy crap, 1812: Invasion of Canada is great. Here's the review. Highly innovative, sleek design, reasonable playtime, plenty of narrative. It’s the total package, although it hardly looks like it with its fairly sparse board and wooden cubes. This is going to be one of the games to beat in 2012. I think it’s an instant classic on par with the better Columbia titles. The only thing is that it really needs five players. It’s not a two player game with a team option. It’s meant to be a five player game.

I have an advance Thunderstone Advance in hand. I haven’t gotten to it yet, but it’s a damn good looking package. The product design looks less chintzy, and new features like the board are _great_. I love that it has slots for everything and two sides for mixing up the gameplay. Really looking forward to seeing how this works both by itself and with the legacy sets.

span style="font-family: Calibri;">BattleCon: War of the Indines. Why isn’t anyone here talking about this game? I’m really digging the review copy they sent me. It’s another fighting game, but it’s sort of getting at different things than Yomi. There are some ways I think it’s better than Yomi, but it’s definitely not as streamlined or ruthlessly balanced. It’s not really a combo game either. But I love how attacks consist of pairs of cards- an “adjective” and then the base attack- and that creates tons of different possibilities for each of the 21 (!!!) characters. There’s a neat cycling thing that goes on to that sort of sets the tempo for when certain attacks are available. A fight between a vampire knight and a robot really feels like just that. This is a neat game, more on it later.

I’m finding Kingdoms of Amalur oddly soulless and not very engaging. It’s not a bad game, but it just feels so plastic and academic. I compared it to “Young Americans” over at No High Scores.

Reviewing Warp today on XBLA. It’s a neat little puzzle/stealth game that feels like a cross between Metal Gear, Portal, and ‘Splosion Man.

Vita next week. Strangely, the games of choice for me seem to be Hot Shots Golf (I have this weird thing about golf right now- I hate it, but I want to play a golf video game badly) and Rayman Origins, which was very good on consoles but I think I’ll like it on a handheld better. Uncharted…I dunno. I just played and have been playing Uncharted 3, so I don’t feel a big rush for it.

I’m also reviewing Syndicate next week. I actually liked the demo quite a bit, don’t know if the full game will hold up but I had a good time with it. It definitely makes you feel like you’re on a team of Cyberpunk hard asses.

Ascension is kind of wearing me out. Too many games at once. If you’re in a game with me and it’s slowed down, I apologize. Once I weed through the 35 or so games going on, I’m going to try to focus on playing a smaller number at a time. Still love it, just TOO MUCH of it.

League of Evil 2 came out. The first one was the best IOS platformer. The new one is even better. The cartoon art style is better than the faux 8-thing, and it looks awesome on the iPad. It’s hard, but not Super Meat Boy hard.

Got the Epic Quest table for Zen Pinball, for some reason I’m not that interested in it on XBLA. It seems pretty easy but not unappealing. The RPG stuff is cool

River has gotten really into Howl’s Moving Castle. He asks to see “How” all the time. Somehow, my other Miyazaki DVDs are missing so I’m about to rebuy all of them so he can see them.

Howl’s is such an odd picture. There’s this weird New Orleans/Mardi Gras thing going on. Lots of old people. Transvestitism.  Demons.  A war that looks like it could have came out of The Wall.

I think Miyazaki has had some strange obsessions since Princess Mononoke (still his best film)…black goopy stuff and so forth. Very interested to see the new Ghibli film even though Ponyo was unbelievably bad. 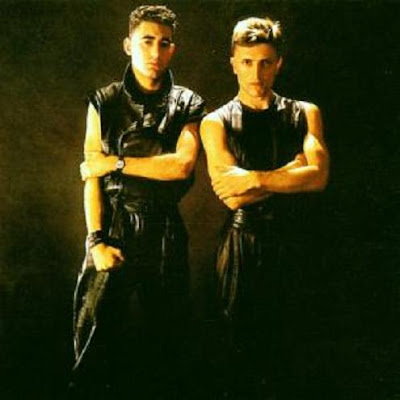 DAF. Deutsche Amerikanishche Freundschaft. They were a German electro act from the early 1980s, very much like a European version of Suicide but more obsessed with sex and fascism. It’s minimal, sparse, propulsive, and sometimes utterly awesome. Particularly tracks like “Der Mussolini”, “Alle Gegen Alle” and “Sato Sato”. It’s all very “Sprockets” in a way, and you can definitely hear how Nitzer Ebb pretty much based their early sound entirely on what DAF was doing. EBM wouldn't exist without this band. Spotify has all the major albums and a best of, all on Mute. So if you like the whole Mute thing, you’re likely going to dig this.