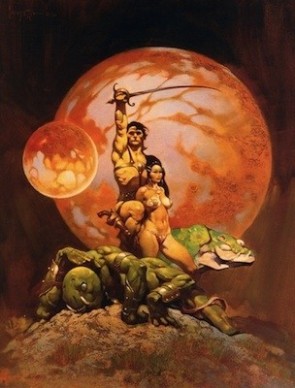 Yesterday I overheard three guys on the other side of my cubical wall arguing about the John Carter movie. Two of them had read the books.

The argument was the usual Simpson's Comic Book Guy shit, then one of the says, "The movie would have been better if they cast Buzz Lightyear as John Carter."

This spun off into a fierce argument over which Toy Story movie was the best.

I tuned them out for awhile as I had to take a conference call, but as I was leaving for the day I heard:

"So are we talking Princess Padme vs Princes Leia? Or Natalie Portman vs Carrie Fisher? Because that's two totally different things."