There Will Be Games IX: Police and Thieves 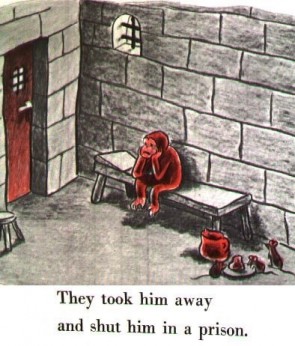 OK, so I served a "celebrity sentence" but let me tell you, jail sucks.  It's like walking into a gigantic, festering staph infection that smells like pee and you can't even stand up without being told by a man with a gun to sit down.  There's a harsh psychological element to every aspect of incarceration, and even just a taste of it is plenty for me, thanks.

Looking back on the events detailed in this week's TWBG,  I can't believe I was arrested, booked in prison, and brought to trial for what went down. It seems so ludicrously disproportional to the actual crime and being carted off by Johnny Law while the real crime going down at the scene was left alone is truly beyond the pale.

So the He-Man lesson in this one is the following:

Never ever, under any circumstances, touch a lawyer in any capacity.

Discuss this article
Log in to comment
Posts in discussion: There Will Be Games IX: Police and Thieves