On Wednesday (June 20th) I did a gay super hero wedding in NYC. It was pretty awesome.

In Astonishing X-Men #51, Northstar marries his totally non-mutant non-heroic yet also totally gay boyfriend and so on the day the issue released, Marvel and Midtown Comics did a promotion where a couple won a wedding at the store (and a reception at a swank hotel and other fun stuff). Scott and Jason were stoked and so was I for the opportunity to be a part of it.

I also got totally drunk and sang karaoke with Jay in Brooklyn the night before. Good times. 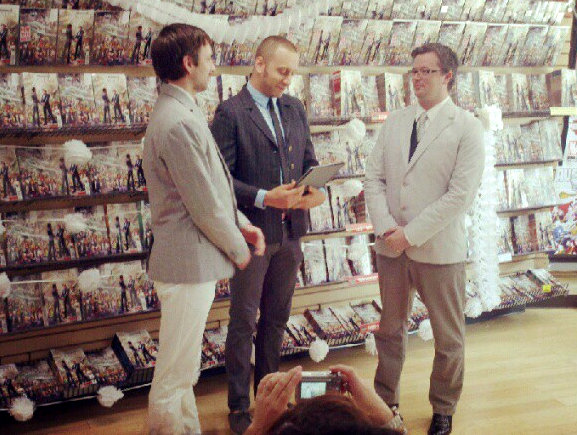