This Just in.... Puerto Rico Sucks. 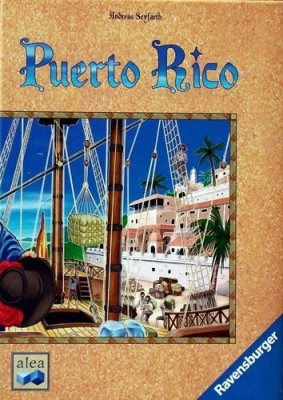 So I for some unknown reason agreed to play Puerto Rico last night for the 1st time in ages and it was one of the least fulfilling game experiences I have had in a while. I am not sure what I, or anyone for that matter, ever saw in that game.

First the pre-programmed nature of the game really limits choice, so I never felt I have much in the way of options, it is simple the process of calculating who will score what with what play.  A skill that is a lot more time consuming now that I ahve not played recently.

So we sit around for  about an hour trying to run the game engine forward in our heads and limit each other's score. By about 30 min I i know I am out of the running, I have utterly failed to control the guy to my left from getting a huge lead. So now I am playing to try and limit his scoring as much as possible, and in the end I have a chance to ship, something that will help me little in the hopes that another player can steal the win.... it works so after playing clearly the best game on the table Phil takes a loss to Cody who was stumbling through as the 1st corn player simply because I choose to ship on my last turn and give him extra VP's. (keep in mind I wasnt counting point and assumed Phil would win anyway).

So what's my point... we play for an hour and some random guys wins the game.. not due to skill on his part, but to the game engine itself. He didn't plan it that way, and if I have built instead of shipping; a move that would have been the most beneficial to my personal game, he would have lost.

I am done with Puerto Rico folks. Its shine has worn off and it is now just another boring exercise in score keeping. Where is the Fun I ask, where is that moment we will talk about years from now.. It isn't there the game is forgotten already (save my writing this) and probably for the better.