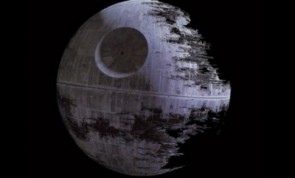 I built my dreams around you.

It’s lazy unpaid writer week, so y’all get There Will Be Games HD part three. It’s been asked for and it’s somewhat overdue, so I’ll put off the Skullport review just one more week. But don’t worry, it’s coming. I know how much y’all like to talk about Waterdeep.

Have you all dutifully gone out and bought DOAII? You should. My interview with Mr. Murell should be running fairly soon. He’s a good guy with lots to talk about and some viewpoints that I think will have you people nodding in agreement.

I missed the Hellfire Club this week,  haven’t brought anything in this week and I’ve been too bound up in other entertainments to do much boardgaming. Still poking at Battlefield Rogue (I’m dropping Risk from the title, deal with it). Like it- a lot in some ways, but I’m having some issues with it. Now I’m wanting to look into Attack Wing, which troubles me.

I did kind of catch up with Netrunner…well, not really. I have all of the first cycle at last. It sucks, I have no one to play this game with. I get mad when I read about you guys really getting to dig into it. I may have to summon Billy Motion out of hiding or something.

I tried to get into Romance of the Nine Empires, that weird AEG card game…I am just not feeling it at all. The theme is disjointed (because it’s supposed to be like a 15th year anniversary cross section of some massive game), the gameplay is more complicated than compelling. It sort of crosses over the usual CCG line of abstraction and gets into this odd micro stuff, like managing food stocks at each of your stronghold buildings. There’s combat and raiding, which are different. I dunno, I just can’t get this one off the ground. Apparently it’s based on Legend of Burning Sands, which I’ve never played…but it makes sense because this game feels like an older CCG, back when designers were still sort of feeling out the parameters of the genre.

I absolutely love Diablo III. It’s a game that just keeps on giving. There’s always GAMEPLAY INCENTIVES to keep going. The story is a so-what thing that you can either pay attention to or not. I don’t choose to. I just want mow down demons with dual crossbows and take their things. The way the gameplay develops is just impeccable, Blizzard really knows how to maintain tempo and meter their games to a compelling rhythm.

I love everything about it. The companions, the simple crafting, the recycling of junk items, the possibilities in combining skills and equipment, the monster behaviors…there’s so much GAMEPLAY it really puts to shame all of these stupid fucking Z-grade wannabe Hollywood games that I am absofuckinglutely sick of.

It’s funny too, because with a controller it really comes across as much more of a skill-based arcade game…not too much unlike a dual stick shooter, but with melee and auto-targeting.

I’ve also been playing Shin Megami Tensei IV, it’s really good. The demon fusion thing is as fun and addictive as ever. It’s a great handheld game because it’s so passive. You can watch a film while playing it and get your grinding in without having to sit and stare.

I sold my Xbox 360, ending an era. I had not turned it on since a couple of months ago when I was playing State of Decay. I realized that between the PS4 and bringing a Wii U back on deck that it was time to let it go. I’m sick of paying for Live (which I barely use anymore) and I like Sony’s exclusives better. So that’s that. My PSN ID is crackedlcd75 if anyone doesn’t have it already.

I actually played an IOS game. Dead Man’s Draw, a new card game from Stardock. Chick reviewed it well, and for good reason. This is a neat push-your-luck card game with a little take that and special cards. You draw a card and then choose to hold or draw again. If you draw another card of a suit already drawn, you bust. So there’s a little Blackjack in it. If you hold, you keep all the cards you drew and the highest value of each suit goes toward your score. But each card has a special ability when you draw it. Cannons blow up cards the other player has, a hook hand lets you play (and activate) a card from your hand, the Kraken makes you draw two, combine a key and a treasure and you double cards. That kind of thing.

The interesting thing is that there are tactical combos giving the game some serious weight. And it can literally go from a blowout to a close game with just one bust and a single good (and smartly played) run.

The bad thing is that it has some completely asinine paywall shit. Like timers for “traits”, special abilities you can earn. And in-game currencies. Shame on Stardock for putting this junk in a $1.99- not F2P- title.

Believe it or not, nothing.  I think this is the first week I’ve not read a stack of comics in like a year. Just distracted.

I’ve been watching a lot of Power Rangers lately with the kids (Megaforce, Mystic Force, and RPM in case you’re wondering). So I’ve been sort of hankering for something like Pacific Rim.

Here’s the thing. It’s not a good movie. There is some truly awful screenwriting in it (“Do not go get that boat” then “Why did you go after the boat, you jeopardized the mission!” Two minutes later “Don’t leave the boat, get the boat and come on!”…”We need a Kaiju body to get through the portal!” and then an ejection pod somehow makes it through). The main characters are mostly blanks, except for Stacker Pentecost and mostly just because he has like the best name ever. The middle section of the film is saggy with lots of terrible people stuff going on. The Kaiju were a disappointment, especially coming from a Del Toro film. No personality at all. Just big dinosaur- things with another iteration of the vagina-mouth that Hollywood monster designers love so god damned much.

But you can’t deny the coolness of the mecha versus kaiju parts, which were a blast. Thing is, it reminded me much more of Power Rangers than classic Godzilla. I’m kind of OK with that. But I loved all the theme pilots/jaegers (Crimson Typhoon!), the special weapons like the freaking Shogun Warriors rocket punch. I liked how cartoonish it was- and I really liked how family-friendly the whole picture is. I felt like I could show it to my three year old and two year old because there’s nothing negative, nasty, or vulgar in it.

As for World War Z, first and foremost I do not give two flipping shits about how much it wisely steers clear of the god awful Max Brooks book. The book has a cool concept. That’s it. The rest of it is garbage.

So the film takes that concept- a worldwide perspective of a zombie apocalypse- and makes a very mainstream epidemiology thriller out of it. And I think that was a smart thing to do. The scope and scale of the book- the main thing that mattered other than its medium-specific “Great War and Modern Memory” format- remains. All the childish nerd pandering and references to the music Max Brooks likes are gone, thank Crom.

I actually thought it was pretty good- it’s the first truly mainstream, big budget zombie film and I think it’s pretty interesting that it’s also one of the most innovative. There’s no umpteenth generation NOTLD survivor/siege narrative. There’s no silly zombie-killing montage.  No jokey bullshit. None of the usual story points are hit, and instead the film stakes out its own path including some very original scenes. Like the Israel sequence- which had some really awesome imagery- and that amazing bit on the plane. I’ve seen pretty much every zombie movie worth seeing and I’ve never seen anything quite like that in any of them.

But you can definitely sense the hand of 11th hour tinkering in the last act. It wraps up when there should have been another hour. Some of the plot points are tremendously contrived and completely not plausible.

Most importantly, the film carries over the one thing that the book does that virtually no other zombie story does…a sense of hope. I can tell that the screenwriters really wanted to convey that. That despite all of the chaos and overwhelming odds, humanity can win and get back to some semblance of normal life.

I have to let Chvrches rest for about a month, totally ODed…so I’m listening to old Tangerine Dream (“Phaedra”) and this sort-of-but-not-really metal outfit called Pinkish Black. They do some spooky, krautrocky psychedelic metal (ish), definitely worth hearing. “Razed to the Ground” is the record.

Also the new Clash box set “Sound System”, which of course rules because the Clash are one of the very best rock n’ roll bands of all time and when they were at their best, they were literally at the peak of how good music can possibly be. The sound on the set is great, completely remastered from original material. The first two records in particular benefit, with some detail that has long been missing.

Discuss this article
Log in to comment
Posts in discussion: Barnestorming- There Will Be Games HD #3, Pacific Rim, World War Z