Emerging From the Wreckage: Building a Board Gaming Room 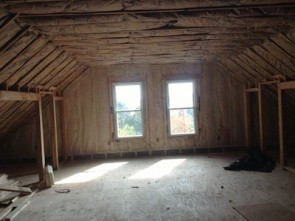 A couple of F:ATies have emailed and PMed me requesting an update on my house burning up situation and our rebuilding efforts. These F:ATies also seemed to believe that other people might be interested as well. I had hoped that by this time I would have been able to announce that we were back in our home, and post some feel good "before" and "after" photos. Sadly that is not the case. Our current estimate is that our house will not be suitable for human occupancy until sometime in January, and even then, the rebuilding will not be complete.

The upside of all this is that some day in the not to far distant future, we will have a most excellent game room. Perhaps by this Spring I will be able to post "before" and "after" pictures of this room. For now, you all get the "before" and "during" photos. 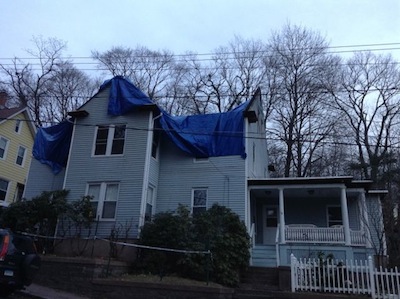 We lost the entire third floor and the attic and all its contents in the fire. This floor had no heat, no airconditioning, minimal electricity and was divided into five small awkward rooms, two closets, three crawl spaces in the eaves, and an attic above. It was freezing cold in the winter and unbearably hot in the summer. Therefore, for most of the year it was just used as storage space. 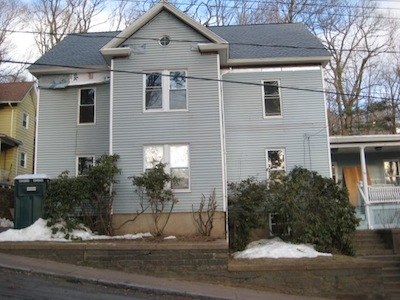 The exterior of the third floor was rebuilt. The interior was now one big open space. Everyone from the building inspectors, to the neighbors, to my mom, to the dude hired to schlep out the trash had an opinion on what we should do with the space. A family room! An in-law apartment! A man cave! We, of course, knew exactly how the space should be used - A Boardgaming Room! 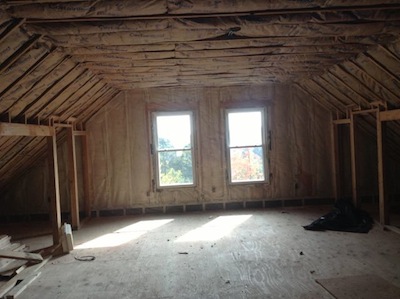 This is what he built for us. We have a well insulated room approximately 20' x 16', with 270 square feet of built in 12" deep shelving, three over head lights, a hard wired smoke detector, an excessive number of electrical outlets, air conditioning, wiring for electric heat, and piping for a gas stove/fireplace if we decide we want/need one. 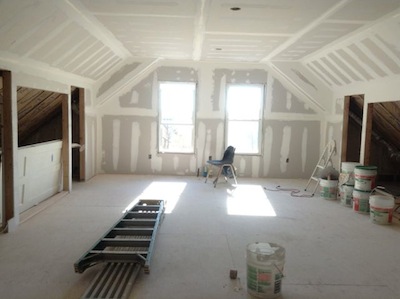 Here is a view of the room facing south with all the drywall up. 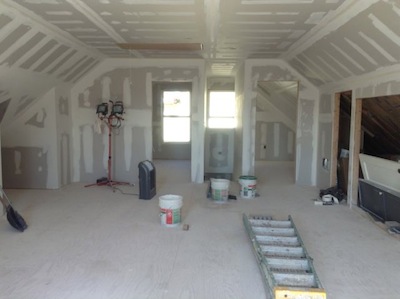 Bonus, plenty of floor space for people to crash at next year's Trashfest NE.

Discuss this article
Log in to comment
Posts in discussion: Emerging From the Wreckage: Building a Board Gaming Room