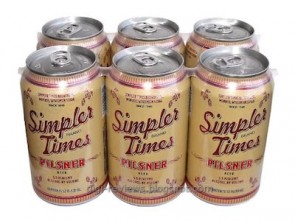 Even though Marvel Dice Masters has a lot of my attention right now, I’ve been really quite nostalgic for that whole German family games thing we’ve talked about before. No, not “eurogames” or the subset of post-BGG/post-Princes of Florence boredom generators that inspired the whole Ameritrash thing to begin with. I’m talking about those mid-to-late 90s imports. Settlers, El Grande, E&T, Ra and so forth. I miss that feeling that there was a new frontier to explore. I miss little things like opening up Elfenland (a game I really don’t even like) and seeing that they cared enough to provide an insert with cutouts for each little elf boot. I miss being genuinely impressed by components instead of just expecting everything to be FFG quality, which hasn’t actually impressed me in years at this point.

So it’s a nostalgia piece at No High Scores today, fueled in part by getting a copy of Origin in the mail. I opened it up and it had all of these awesome wooden people- not meeples- in it. I felt like I was opening one of those import games circa 1997. Reminded me of simpler times when there were far fewer games and far less bullshit in the hobby.

But yeah, Dice Masters. I’ll review it soon, probably before starters restock. I did not get the “reviewer’s delight” package, which is apparently a full set. But I’ve got plenty and I’ve introduced it to a couple of friends that liked it a lot so it looks  like it’s got some legs around here. It makes Quarriors look like a beta version of this game.

I messed around a little with Rogue Agent last night, courtesy Mr. Buonocore and the folks at Stronghold…it’s another David Ausloos game, that’s for sure. That may be a good or bad thing for you, which is one of the things I like about his designs- they polarize. Too early to tell, really, but it seems pretty neat. The theme is oddly muddled though- it looks like an espionage game, but it’s really a Blade Runner concept…but with random criminals instead of replicants and this odd bomb defusing thing. And then there’s a bit that’s really more like a western bounty hunter thing, where you have to collar a crook and take them back to HQ- and someone can steal them from you. Much simpler than I expected it to be.

Been playing some Claustrophobia too…that game deserves far more credit than it gets. It’s one of the best dungeoncrawlers ever designed. I’ve been meaning to re-review it for some time, I’m playing through all of the scenarios right now. The second one in the expansion is so good- you get to the boss in four turns…but then you have to get out a different way, which can be fatal.

Still messing around with Ground Zeroes…there is WAY more gameplay here than you’d think for a game that idiots dismissed as being “only two hours long”.

Seriously, the Hunter vulture/hound dog combo is some bullshit.

I downloaded Dwarven Den, saw that you had to spend “energy” to mine blocks and that some blocks required more energy to mine others, and that you could spend money to buy more energy…and immediately deleted it.

I got Wayward Souls because there’s so much hyperbole about it (one Toucharcade writer said that it was among his favorite games of all time on any platform)…WTF. It’s a completely unremarkable game that plays almost exactly like Mage Gauntlet, Rocket Cat’s previous dungeoncrawl from a few years ago. Difference is that you have multiple characters and it’s a roguelike in the very, very simplest terms. There’s virtually nothing interesting going on in this game. Smash pots, maybe get a coin, kill some stuff, use some sloppily implemented and confusing controls, die, repeat. I am not feeling it at all. And it was $5, too.

Spider-Island is slow moving…it’s really long for one thing, and for anther the Ramos art is ATROCIOUSLY bad. Some of it is quite literally Rob Liefeld bad. There was one panel I meant to scan and post but I forgot about it…but it’s a rear view of Spidey swinging and I literally have NO IDEA  where this bizarre sense of anatomy could possibly have come from. I know it was a weekly book, but damn.

I keep watching Desolation of Smaug and I don’t know why. I think it’s OK. I guess I’m doing the same thing I did with the first Hobbit film.

It’s striking how CHEAP the film feels…like all of the elf stuff, it seems like there are literally three elves in the woodland realm. One thing that really sticks out too is how unlike LOTR, the film uses so many virtual sets. One of the things everybody loved about LOTR was all of the New Zealand vistas and natural environments. There are very few location-shot scenes in The Hobbit, and it shows. Everything is post-processed to hell.

But it’s still entertaining, so there’s that.

Chinatown last night, you can’t go wrong with that one. Such a great picture.

So I finally caught up with The Jesus Lizard…god damn, “Goat” sounds better now than it did back then. But oddly, it doesn’t seem nearly as noisy and transgressive. It actually sounds oddly accessible and sometimes even catchier than I remember it. There’s some really awesome arrangements, lots going on but never losing sight of this propulsive, pummeling sound. It’s Albini, which explains a lot,  but it’s more sprawling and punch-drunk than Big Black was (who are, incidentally, nowhere to be found on Spotify). I liked hearing “Liar” again too and there are some awesome tracks on it (LOVE how “Boilermaker” starts by punching you in the face and doesn’t quit) but I’m digging “Goat” more. “Along Comes Dudley”, “Mouthbreather”, “Seasick”…this was one of the better records of the 1990s.

I saw them four or five times back in the day (oldness…) they were always really good live, David Yow was a great performer.

Then I switched gears and started listening to ABBA.