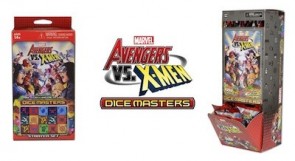 Roll through the comics.

Mostly MDMAVX, so let’s review it, shall we?

It’s really good, but there are definitely some “hmm…” moments. It’s really kind of hard to tell what early issues are going to be problems six months, a year from now as the game becomes more fully explored, new cards come out, new strategies are worked out and so forth. But for now, I think it’s solid and fun to play. And it’s a great product.

The biggest problem to me so far is that we are seeing too many steamroller wins. One side just folds in the last half of the game. It could be that the guys I’m playing with are incompetent (or that I’m incompetent), but I’ve seen a few too many 20-0 shutdowns. But there again, we’re just two weeks into the game so that’s subject to change.

Also, note that I bought my own stuff, I didn't get the press package. Which was, apparently, a full set of everything in the game.  Dang.

I’d like to know what time warp Splendor fell out of. That may as well be some long-lost 3M game that Sid Sackson designed after having a very, very brief glimpse of the future. I think I like it a lot because I like this kind of extremely simple economic game in general, and it looks really nice. The poker chips are such a great touch. No, it’s not the Great Narrative Game of our Time. But it’s fun and it really does capture a sense of progressive economic development in the space of literally like three rules. I think you’re looking at SDJ 2014 on this one.

Origin is really neat, it’s another one that fell out of a time warp. Circa 1998 or so. The game looks amazing, the big wooden pawns are lots of fun. It’s kind of tricky, but it gives  a good sense of development and migration. What an unexpected design choice to make the civ developments virtually meaningless except for their number, which indicates progress. Smart move, because at this level of abstraction it doesn’t matter if you have “pottery” or “horse riding” or whatever. It’s implied.

Lords of Vegas arrived yesterday courtesy a trade I worked out with Von Tush, I played a solo three player game…it seems like it’s really good, another simple economic game that, yes, also feels like it fell out of a time warp. There’s definitely some Acquire in it, which I always welcome. But man, the gambling in it…what a brilliant idea. You can wager in another player’s casino and roll to take their money away. You might wind up paying or they might have to double your money. That could get really nasty. Some hostile takeover opportunities, free trading…may be a little bit of Chinatown in there too. Overall, very excited to get this to the table with the HFC. But now I’ve got to get the expansion since we’ll probably want to do it with six.

I also got cheap copies of Entdecker and Domaine in the mail, more retro-German game fun coming soon. Love those games, glad to have them back.

A little Mickey Mouse: Castle of Illusion with River but that’s about it. It’s really good. I like that it comes with the original Genesis version too. Very charming.

Really want Mario Golf, may have to just download it.

Hurray, they’re nerfing that god damned Hounds crap. Now if they’ll just do something about the Northshire Cleric crap. I’m really kind of tired of playing against three kinds of decks. The hounds thing, the cleric thing, and the Mage “oh hey, you died” one.

We did Free Comic Book Day, but again I missed out on my shop’s adult pack. The kids got theirs though, and they just love them. Scarlett has been carrying around the Hello Kitty one everywhere, I’ve read the Power Rangers one like five times. But the pick of the lot was definitely the Don Rosa book, River pulled it out of the bag and I hollered “Uncle Scrooge!”

Man, that CBGB movie was awful.  Who thought it was a good idea to cast Professor Snape as Hilly Kristel?  The inaccuracies of the movie are just staggering…somebody says to Hilly “I’m out of here if you’re going to play that disco shit”…even though it’s like 1972, 1973. We see Patti Smith very early on in her career doing the Rimbaud thing and then…playing “Because the Night”, which is from 1978. And it’s just a studio recording of the song, which has piano in it, but there’s no piano on stage. The walls of the club are shown, and you see stickers for the Cro-Mags and other way later bands. The punks are phony, and the whole thing just smacks of laziness and writing by someone who genuinely doesn’t have a clue. Oh, and the film tells us that Punk was “invented” by the Punk magazine guys…while “Kick out the Jams” is playing. WTF.

Lots of Buddy Holly. As far as early rock goes, Buddy Holly is the best. I like Buddy Holly over Elvis, so deal with it.