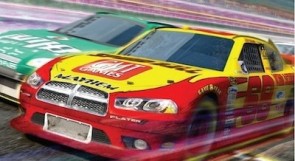 Let’s do it- Thunder Alley in review right here.

Love it. Would definitely rank it as one of the best racing games ever made. There are so many smart design decisions going on in this game. I actually don’t mind that it runs a little longer than my “ideal” race game timeframe, it stays compelling and tactically exciting through the whole duration. I _love_ that it scales, which is really kind of rare for racing games. I played a two player game and loved it. A seven player game is an entirely different thing- much less control, but decisions seem somehow more crucial at a moment-to-moment level. Four to five players really seems like the optimal arrangement, but I’ll sit down with any supportable number to play this excellent game. I don’t ask for a lot of review copies from GMT because I like to hold out for when they do something that I think is going to be really special. This was one of those cases, and it is in fact really special. You can go ahead and start your GOTY speculating.

The ERP just keeps moving from strength to strength. I’ve already issued forth in our forums about Deadwood and Black Gold, two forlorn FFG Eurogames that nobody paid attention to and can now be bought cheaply.

I got that completely ignored Knizia Hobbit game with John Howe artwork for under ten bucks and played it last night. It’s a really interesting design that takes some classic Knizia concepts and reframes them in the Hobbit story. It’s in line with Beowulf to some extent, in that you are moving a common figure along a story track and building resources/characteristics to take on adventures. But it’s also rich with that thing in many of his games where auctions/bidding are often as much about AVOIDING something than winning it. Everybody is a dwarf (unnamed). You get a hand of dwarf cards out of a deck numbered 1-60 so they are all unique numbers. During the travelling parts of the story, everybody plays a card and the lowest card moves Bilbo first and then on up, you get whatever reward or penalty that Bilbo is on. You might increase one of three stats, get a special item card, or lose stats. Every now and then, you draw a gift event rather than a travelling event and you’ve got to bid high to get it.

After a couple of travel rounds, you hit an adventure. There’s a separate deck for each one. You flip a card and you’ve got to meet the requirements to beat it- shields, axes, or rations. You may have these from your stats,  but you’ve also got to roll five dice to try to get them. Fail, and you pass the adventure card to the next player that attempts it. You also draw a Smaug card, and he moves toward Laketown. Beat it, and you get some gems- because the dwarves are after their treasure.

The abstraction is HUGE, and it’s going to scare a lot of folks off. But like LOTR and Beowulf, it is a very refined, stylized interpretation of the themes of The Hobbit. I’ll write more later after a couple more games. Oh, about one page of rules and 45 minutes playtime, so it is definitely family-facing and not so much a “gamer’s game”.

Machi Koro should be coming pretty soon, I need to get with my man at IDW. They’re a touch busy right now with Comic Con and all going on.

After taking an extended break from AAA shooters, I have to say that Destiny was well worth the wait and it will likely be the only shooter I play for some time. The Beta is _excellent_, and even though the core gameplay is still very much Halo the interface, format and structure of it is all very cutting edge, next generation stuff. This is a brilliantly designed game that certainly has not ignored the trends of the past five or so years. Light RPG elements, crafting, looting, MMORPG elements…I love that it is effectively 100% co-op, but organically so. You might just run into folks in your area. Your choice if you want to run with them or not. You don’t go into a menu or a waiting room to join a game.

Oh, and the visual design is stunning. It has that same attention to detail and practicality that Halo had. The industrial design, the costumes, the environments…everything is industry-best.

Probably will buy or trade for when it comes out, I think it’s going to be the first next generation game that’s actually worth the new console purchase. About time.

Also playing a lot of the Lego Movie game with River…it’s actually a little better for him to play than Marvel  or DC, the goals and scenarios are more straightforward, slightly more linear.

Couldn’t pass up a 50% off sale on Panzer Corps.

It rules. Not because it’s “like” Panzer General and the other great SSI Five-Star General games (I used to have them all), but because it is IS Panzer General. It is literally a remake of Panzer General almost completely down the line. Which I’m actually totally OK with, because PG is still the greatest PC wargame ever made.  It’s accessible but incredibly deep, with lots of different factors crunched by the computer so you can focus on movement, attacks, coordinating units, upgrading/updating your army and so forth. Such a great, great game.  I’d actually like to buy the $59.99 IAP pack that adds like, everything. A STUPID amount of scenarios, extra campaigns, hundreds of new units. Would be well worth it.

But right now, I just finished all of the tutorial missions (long…), heading on to Poland.

The new Hearthstone thing made the game run unplayably slow on my iPad for some reason. Looks good, beat the first boss without losing any life. Took about 30 minutes with all of the slowdown.

What a terrible movie.

From the “comin’ at ya!” 3D gimmickry (which just looks ridiculous on a non-3D television) to the repetitiveness (in a 90 minute movie) to the maudlin backstory provided to make Sandra Bullock cry in space. There really wasn’t any sense of risk or anything at stake. As a thriller, it felt completely flat.  The suspense was completely artificial, safe, and weightless. (ha)

Look folks, the space stuff looked awesome. The attention to detail was great. The CONCEPT is awesome. But all of that doesn’t make it a good movie. And I don’t want to hear “well, you need to see it on the big screen”. A great movie will be great on any screen you view it.

I had been trying to watch it for some time but I could for various reasons never get past the first 20 minutes. One of those reasons was that I was surprised that it was so boring. At the end, it was one of those where I kind of sat there for a minute and thought “I can’t believe I watched all of that without fast forwarding”.