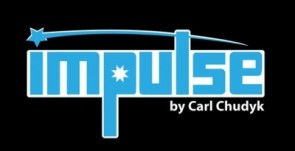 Impulse is, I think, a love it or hate it game. And I think that most Ameritrash dudebros are going to hate it. But I also think Eurogamers would find it too wild and swingy. Everyone is going to be surprised at how lean and economical it is. And those that like it, I think, are going to REALLY like it.There’s never been a 4x game to my knowledge that pretty much threw out all of the fiction, all of the illustration, all of the setting material and literally just focused squarely on thematic 4x actions. But here it is, one that does exactly that and it feels right for the genre, even though it’s just 108 plain text cards with an icon and a color packed in a small box with some little rocket ships. There aren’t even different kinds of ships. Just rockets. Standing up, it’s a transport. Laying down, a cruiser. This is a no bullshit game.

But I am struggling somewhat with the “fun” aspect of it. I’m not sure that it is fun at all. It certainly is when you pull off a bad ass combo and, like, win the game out of nowhere. But it’s not so much when you’re constantly in the rulebook and always aware of the rigid process and its restrictions.

But there again, we’re talking about an hour card game that is trying to do what it takes other games 4, 6, 8 hours to do. It works for the most part.

Loving Five Tribes, a very accessible design that is probably the best thing Days of Wonder has done since Small World. It appears more complex/gamerly than most DoW titles at first, but there’s so much volatility built into the design that I think it intentionally thwarts the AP crowd…who will AP it to death anyway.  Recommended for LIGHT play, not with hardcore MESNA motherfuckers who think they’re entitled to five or more minutes per turn to make a decision. It feels like a very modern design, definitely getting back to the German Family dynamic but with some ”mod cons” and concessions to current trends. I _know_ some folks are going to blast it for being one of those “everything you do gets you points” things, but I think that impetus for immediate gratification- and the fact that it makes you feel “clever”- are recipes for success in this kind of design.

I have Blue Sun but I haven’t gotten to it yet- looks pretty neat, the increased Reavers element should be interesting. I am kind of worried about sprawl, one of the things I liked about the original release was that it was really tight- only a couple of pieces on the board, just a couple of card/counter types. The bigger map looks fun though.

Abyss on the way, very interested in that. Seems like it’s also in line with the New Eurogames Movement. I just coined that.

I can not tell a lie. I went to the Destiny loot cave last night. I stood there for like 20 minutes shooting into it. I never got anything good. I couldn’t find it at first, but then I saw these dudes standing around shooting and thought “this must be the place”. It really is kind of ridiculous. These baddies just keep pouring out of it and you shoot and shoot and shoot. They drop a ton of shit, but I just never got anything worth the effort. Lower level characters would likely benefit quite a lot from it though.

I’m level 20 so I’m into the weird endgame part where you don’t level up like normal anymore, you have to equip armor with light. The game is oddly inscrutable as to how you get this armor, although joining a faction or getting vanguard marks (?) seems to help. I joined Future War Cult because…they sounded cool. My armor is magenta thanks to a shader I was given by a mysterious benefactor in the mail.

The Strikes are so, so good. Three man fire teams, a dungeon and a big, really freaking hard boss at the end. Had a hell of time with the one on Venus. We got to the boss (“Phogoth”), this giant troll thing chained up in a chamber. We thought (without comms, of course) that we would stay in this foyer and just peg him from there. Of course, the game keeps spawning shit right on top of us, ruthlessly. So we didn’t make it a few times and I gave up. Looked on the internet, first piece of advice- “DON’T STAY IN THE FOYER!”

The more you play, the less you notice the failures. It’s a great, great game and one I think will be around for years to come- especially with new content already spooling up. I really think they’re just getting started.

Upped the difficulty in Diablo III, it’s a little more satisfying now. It just seems way easier than it did pre-Reaper of Souls. I was losing my follower all the time before, now they never die. The Crusader is a pretty fun class- defense is really kind of absurd, melee is just brutal. Right now I’m doing 10k critical damage with a two-handed flail wielded with one hand (a Crusader skill). I’ve got a Captain America shield throw, which rocks. He also has a Thor power, magic hammers that fly around- good for crowd control. Heading into Act II…I almost never play games through multiple times, but I think I might be playing DIII for years to come. I used to have a friend that played Diablo II for like…ten years. I always thought that was weird. But now, I’d kind of welcome settling into a favorite game like that.

Unfortunately, the Talisman AI is completely busted. I’ve seen in a couple of games now where the AI will not try to win the game. In the last one, the Dark Cultist was at like 14/14 S/C and had TWO talismans, four followers and a loaded up cart of items including for some reason THREE axes. She’d go around the middle region, then go BACK to outer, then back in to the middle. Never even trying to get through the door.  This went on for like 30 turns or something.

Starbase Annex is a new card game from the guy that did Starbase Orion. Don’t bother with it, it’s pretty bad. Definitely in the “hey, I think I can make a board game!” camp.

My kids saw E.T. for the first. Scarlett just BAWLED at the end. They are totally doing the same thing I did when I first saw it, being interested in E.T. but also being really kind of terrified to look at him. I had not seen the movie in, I dunno, 20 years and I'm really surprised at how well it's aged- and how really good it still is. There's a great mix of fear and wonder in it that really captures a child's eye view of things, especially the not-understood machinations and workings of adults. I love that the suburbs are presented almost like some kind of run-down frontier town at the edge of wilderness. I love that the kids are playing D&D and the big brother wants to go trick or treating as a "terrorist". All of that really captures the feeling of the suburbs in the 1980s.

But it is still, more or less, the story of an alien Jesus.

I watched Dallas Buyer’s Club, which is kind of weird because I generally don’t watch movies about diseases, doctors, medicine, etc. I can’t stand ‘em. But “OMG, he’s actually pretty great” Matthew McConaughey is in it, and he was really good as was Jared Leto. The story was interesting, but it still had a TV movie of the week feel to it, as all medical stories do.

Gotham was…not bad. It’s definitely trying to find its feet, existing in the shadows of the Nolan films as it does. It felt more comic booky, but also more crime/cops/mystery which was kind of nice. It reminds me somewhat of Brubaker’s Gotham Central (a good thing) and I’m definitely interested to see where it goes. It was good to get the “Hey, this is Batman!” business out of the way for the most part early on but it did feel like there was quite a bit of a strain to show a bunch of villains. Production values are high, I really like the design of it all and the writing was pretty good. Check back mid-season. I’ll definitely be following it.

One of my great “you’re not cool enough” moments was when my buddies Jamie and Cameron went with me to go see The Strokes on their first Atlanta appearance. They were already kind of a Big Deal, but we naively thought we could just get in at the door so we didn’t buy advance tickets. Boy were we wrong. It was a madhouse, and we were constantly watching all of these Beautiful, Hip people sashaying into the show around us. Cameron said “I bet these people don’t even realize that these guys sound like Television!”. Didn’t matter, because we didn’t get in and they did.

Anyway, Julian Casblancas has a new band, the Voidz, and they don’t really sound anything like The Strokes despite his distinctive vocals. I’ve actually been kind of blown away by the record. It’s very modern, very now…but it’s also creepy, weird and abrasive. There’s some Joy Division in there, a little Can…Television of course…but there’s definitely not any snappy pop numbers fit for a jeans commercial. It’s meticulous but more than a little sloppy, every now and then there’s something that sounds really awesome before it breaks down…sometimes literally into noise. Good stuff, very surprised at how much I’m enjoying it.