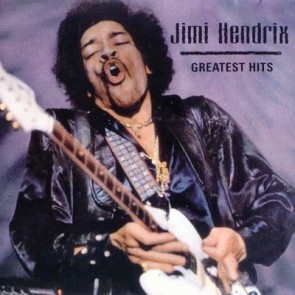 As a new weekly columnist and staff member of Fortress: Ameritrash I thought I’d kick off my first entry as an introduction of sorts.  Many of you know me and many of you don’t but I’ve been gaming on the tabletop since I was a pre-teen, reviewing games for the past 2 years, and designing for the past several as well.  My first design, A Fistful Of Dinero, is set to be released in February and I intend it not to be my last.

I  have a pretty extensive history of reviewing music dating back to 2005.  This has a large influence on my writing as well as my love for literature and film.  In terms of reviewing board games I don’t focus at all on rules, favoring an insightful description of how a game feels and whether it delivers on its promise.  I aim to entertain and not waste the reader’s time.

I’m mostly about theme and setting and prefer games whose mechanisms engender an ingrained narrative.  You won’t find me writing about any mythical Eurogames Reclamation Project or dry German game nonsense.  Despite my love for theme, I do have a penchant for preferring hybrid games that blend slick Euro mechanics with strong setting.  Games like Cyclades, Mage Knight, and Eclipse are among my favorites.

The following is a series of reviews that give a sense of my wide range of style and a feel for my work.

Archipelago is an overwrought hot mess of epic proportions.  The fact that it comes through the other side with such panache and blazon aptitude should be no surprise when you realize Christophe Boelinger is the designer.  This is a heavy game that yields untold depth beneath its surface.  It’s demanding like the most difficult woman you’ve met but it’s as rewarding as the most beautiful.

I believe Christophe Boelinger is the William Faulkner of the design realm, offering stream of consciousness mechanics that hang together with hidden meaning that requires you to work and chip away at it.

Michael Barnes and I disagree on many things but I’d wager we actually agree on many more.  Hyperborea is a game we both were surprised by and fell in love with.  It has that Euro/AT blend that gets my loins warm and it offers a truly unique central mechanic that is simply enjoyable to play.  It has that trademark Eclipse quality where it’s just so damn easy to play despite the fact there’s a lot going on.  This is certainly a candidate for best of 2014 and it’s a game that my group has repeatedly requested.

Fire In The Lake

I was a COIN virgin until this mammoth came in and levelled me.  Vietnam is a period in history that I’m enamored with and this game spoke to me on a deep, emotional level.  It clawed its way into my heart and wooed me with grand strategy and an epic pervasive atmosphere that never lets you go.  This game is the complete package and every single detail screams out, calling for attention and praise.  It’s the closest thing to an all-around masterpiece you’re going to get.

Nick Hayden is probably the most gifted designer alive.  His vision is incredible and this game is just beautiful and artistic in a way that modern design rarely approaches.  The game feels nostalgic before you’ve even played it and will not let you down when you ultimately experience everything it has to offer.  It just bleeds narrative like a stuck pig, offering moments of genius like a baseball game offers moments of quiet boredom.  One of my top games of all time and a game that deserves endless recognition for its achievement.

Stay tuned for future reviews/articles that will appear every Tuesday.  I'm hoping to add a new dimension to the site and another voice to help break through the monotony of the industry.