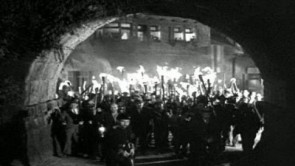 I have such an odd somewhat like/mildly hate relationship with this game after a number of skirmishes (not recommended) and most of a campaign game with three, backed up with a full campaign that I actually ran solo. No surprises, but it worked. The game is decent overall. The things that were always good about the Doom dice resolution mechanic are still good. The campaign process is handled quite well, and with somewhat more dimension than older titles like Siege of the Citadel could muster. It’s also definitely an improvement, system-wise, over the old Descent rules. No more spending two hours to clear a room.

The problem is that Descent does not describe Star Wars. If Star Wars is just guys moving and shooting, occasionally picking up loot or flipping a switch…then that is definitely there. But I’d like to think that Star Wars is much more than that. Witness X-Wing. It not only takes the cavalier, swashbuckling attitude of the films into its cinematic dogfights, it also brings forward that whole old timey WWII fighter jockey mentality that inspired such scenes in the OT. As a result, it feels like Star Wars. This game doesn’t do anything like that, and it winds up feeling like Descent with Star Wars pictures.

Here’s the first negative review of it that I know of. It’s not really that negative, I don’t suppose, but it’s also certainly not attempting to call this wilfully derivative, redundant game “great” in any sense of the word. It meets expectations, which were "Descent Star Wars". And that is not enough.

FFG has fared much better with me of late with Eldritch Horror. A friend brought a copy over that he got for Christmas and I figured I’d give it a shot even though I poo-pooed it (and the Lovecraft setting) and was fine not ever playing. What a big surprise, it was awesome! Totally enjoyed it. Here in 2015, it represents what I consider a VAST improvement over some of the things that Arkham Horror did badly and it reduces some of the needless clutter. The detail doesn’t suffer near as much as some people have said. I felt like the narrative connections within the game were actually stronger. It felt much more like a coordinated, worldwide struggle against the Mythos rather than just fishing for Elder Signs and playing wack-a-mole with gates. We lost (against Azathoth) but it was a close finish- very exciting. Under two hours with not really all that much setup/teardown.

So I traded Imperial Settlers for the base game and got both of the expansions. Soloing it ofen. Only won one, against Cthulhu, and that was kind of a lucky blowout. Haven’t gone to Antarctica yet. I want to say that the expansions are essential because they do boost pretty much every deck in the game, but on the other hand, they are already jeopardizing the streamlining and lack of bloat. Key example. These six “Prelude” card that slightly change setup. Are they worth it? Or are they six cards of just clutter? I dunno. But that’s the FFG way, little add-on crap like that mixed in with really meaningful additions. Whatever, I like the game a lot overall, totally glad that I gave it a chance.

Still doing the Skylanders thing, still nowhere near through with either game. I made a successful saving throw against buying Trap Team, but I did buy an $8 copy of the first game after I realized that I could use the same portal on the PS3 and didn’t need another starter.

Going tomorrow to trade in the 3DSXL for the new model, coming next month. Probably getting the Monster Hunter edition, looks like the Majora’s Mask one is sold out everywhere.

Watching lots of TMNT with River. Gosh, that show is really fun. It’s not as good as something like Clone Wars, that has more adult appeal, but it’s WAY better than any previous TMNT show. I was really surprised at how much of it was coming directly from the Eastman/Laird stuff (comparatively) and that I actually remembered so much of those books that I haven’t read since the late 80s. The folks that make that show are clearly having a blast nerding out…I love that the cartoons they watch are direct spoofs of the Star Trek animated show, Thundarr, Voltron and so forth. The episode I watched last night was like a total homage to Ed “Big Daddy” Roth, with Donatello basically turning into one of those outrageous hot rod caricatures.

Europa Report was alright, I guess. It played out like one of those fake Discovery channel shows but the story was moderately interesting and I liked the hard science fiction angle.

I gave Snowpiercer another shot and watched it to the end. There are some really interesting things about that film, but it just doesn’t hang together at all. I absolutely LOVE the structure of it, basically containing an entire quest narrative/progression to a series of increasingly luxurious train cars. But it just can’t get around a few post-apoc tropes and some pretty ho-hum “the rich are bad and evil” proselytizing. The ending overall was pretty lame. All in all, it wasn’t as bad as my first impression suggested, but it was still messy.

I started watching Berberian Sound Studio, I had no idea it was about giallo horror…and specifically the sound/music of giallo horror. What a crazy idea for a story. Halfway through, like it quite a lot. Interesting stuff.

I’ve been watching Dave Grohl’s vanity series on HBO, Sonic Highways…it’s actually pretty good, even though I have no interest in him or the Foo Fighters. He goes around America and highlights different scenes or movements and tries to connect them all into one big story of American music as a whole. I watched the DC episode, which was all about Go Go and hardcore. Probably the best episode I’ve seen. Lots of Ian Mackaye looking very old, the Bad Brains looking even older, and this old go go dudes still just turning that shit OUT. Good stuff.

So of course I’ve been listening to a lot of Go Go and Bad Brains. I have never really listened to much Go Go, I knew it was a big thing in DC and was a sort of party funk with lots of call-and-response. So using what I learned from the show I checked out Chuck Brown, Rare Essence and Troublefunk. It’s good stuff, but it definitely sounds like music that is intended be heard live in a big crowd of people dancing and having a good time all night long.

Bad Brains, gosh, what more needs to be said. Watching old footage of them playing almost makes me cry. Absolutely electrifying. Music will never be like that again. Kids don’t get mad enough or bored enough anymore. But the thing that made them different (no, not being black) was that those bastards could actually PLAY. They were these tremendously talented musicians that just wanted to blow everyone else away in terms of speed, aggression and energy. They were, by a good mile, the best American hardcore band of all time. The runners-up- Minor Threat, Black Flag, Bad Religion and so forth- none of them had the magic of Bad Brains.

So making the rounds through the Bad Brains catalog, which for me ends after 1986. Beyond “I Against I”, the drop in quality is terrifyingly sharp. But everything up to that point is just untouchably great.

I’ve seen Bad Brains twice. One time was in the early 1990s shortly after they had announced that HR was going to be replaced by Chuck Mosely, the original singer of Faith No More. I was disappointed to not be seeing the original lineup. So we go to this show (I want to say somebody like D.I. was opening) and they - remember this was back before the internet spoiled everything- got on stage and fucking HR was with them again. The place went INSANE. That was by far one of the roughest shows I’ve ever been to, and the place allowed stage diving so it was just kids everywhere the whole time. The second time was in the late 1990s, totally different experience. Band came on, HR was nowhere to be seen. But you could hear him singing. They did like four songs like this. Then HR comes on stage and he’s fucking dressed like Hailie Selassie or whatever and he’s HANDCUFFED to this girl. Come to find out, he was goofing off with this girl and she handcuffed him and didn’t have a key. Needless to say, the band just kind of went through the motions, playing their horrible later period stuff and a handful of classics. Apparently still unaware that no one comes out to see them play reggae.