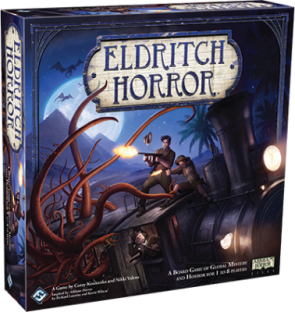 ****Sorry for the formatting- upgrading in progress- don't have our formatting tools back yet!" On the Table I don’t usually review older games that have sort of gone past their “launch window”, so to speak, but since all I’ve been playing lately is Eldritch Horror I figured I’d make it official here - Eldritch Horror in Review