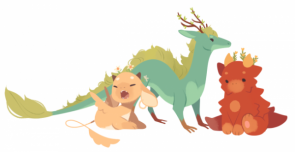 I've wanted to get back to more informal, "bare knuckles" games writing for some time- it's hard to find time for it when you've got a pile of review copies to cover and you are charged with editing twelve other writers' articles for a professional gig. Well, I still have the pile of review copies and I'm still editing other writers' articles, but here at ThereWillBe.Games we have some space for the off-the-cuff pieces- "blogs", if you must. And as EIC of Content here, I think it's a great space for other writers, myself included, to write about games that already have the Big Matt Thrower Review. Plus, I know I don't always have 1000 words to spill about something or I want to write about something older and out of the spotlight. Longtime members here will remember my old Barnestorming weekly column, so consider Barnes on Games to be an extension of that legacy.

So let's get down to business. These games ain't gonna write about themselves.

If you follow our forums, you've probably seen me tallying up the stack of games that I've played with my kids during their summer break each week. It's ridiculous. Every week is like Gen Con here now that they are almost-eight and going on nine. They can play most middleweight games with little help, so we are just pounding the tabletop every day, practically. At least until mom issues the clean up crackdown.

Anyway, one of the breakout hits of the summer is Colt Express. My kids are completely bananas for this 2015 Spiel Des Jahres winner, and I like it quite a lot myself. I missed it back when it was fresh, and Charlie did a review of it for Miniature Market that interested me. It wasn't until I played the IOS game a couple of weeks ago that I considered it again. Now, here we are with both expansions and I think it's one of their favorites.

It's a smart little programmed movement game with minimum rules and tons of unpredictability- that old "player driven chaos" thing. I love that it's programmed movement where you act on procedural information, at least until you go through a tunnel and everyone has to play their action choice face down. The way plans fall apart is great and often result in hilarious "Yakety Sax" moments. This morning we played and added in the Marshall and Prisoners expansion, having played with the Horses and Stagecoach a couple of days ago.

The expansions are, in my opinion crucial. They make the game slightly more complicated (especially the suite of rules for the asymmetrical Marshall), but the payoff is a more cinematic, more sprawling game with even wilder outcomes. With everything, you have bandits jumping on to horses and taking hostages from the stagecoach or pissing off "Angry Shotgun" by punching him off the strongbox over there. You've got the Marshall as a player rather than as a mutually controlled adversary, wilfully trying to accomplish a couple of diverse tasks. You can get sent to prison, have someone bust you out (in exchange for a piece of loot), and drink whiskey to get more cards. The additional end of round events shake everything up , and the $1000 Gunslinger bonus isn't as much of a game winner as it is with just the base game. Plus, it looks awesome with the stagecoach and horses riding alongside the train.

We did have a kid moment today though- my daughter forgot that the swing arm event had already gone down in the previous round and it messed up her plan, so she threw a fit. Kids, amirite?  Anyway, love this game- definitely a worthy SDJ title.

In the Big Matt Thrower Review, he eloquently meh'ed this great-looking (shall I say, splendorous) title from Plan B games off the table. But reading it over, I thought it might be something we would like and I absolutely love games that have Sid Sackson-y mechanics- in this case, the scheme is that you use "recipes" of four different gem colors to trade them up to get either more valuable gems or lesser valuable gems in greater quantity. You acquire cards from a market to give you the "recipes", and when you have the right combination in your caravan, you can buy a scoring card- in this case, they show really neat Iron Giant-like illustrations of various utility golems.

Needless to say, setting and narrative is basically nil here, but that's OK because this is a simple and highly focused economic game where the engine you build is all about developing greater trading efficiencies and working out the pathways of exchange to get what you need for a scoring card. I liked Splendor, but I think I prefer this game over it if only because it is slightly simpler in terms of rules and I like the flow of the game better- especially that you essentially do some light deckbuilding to tool up to produce rather than drawing gems and buying cards that just automatically produce without the trade-up aspect. It's an entertaining, light game, and my kids have enjoyed it. I'm not sure the hardcore group I play with these days would be up for it, but we may go for a five player game at the next meetup to see how it works out.

This is a charming little game from Renegade Studios based on a lovely graphic novel by Katie O'neil. I picked this up because I thought my daughter would really like the adorable dragons and more feminine subject matter and themes- we have PLENTY of dude stuff, thanks. And, as I expected, she completely flipped for it.

The object of the game is to take care of your Tea Dragon (read the book- it's neat) and over the course of a year, give them good memories as they grow. It's a deckbuilder, so you start with a seed deck that has the basic Feeding, Grooming, Sleeping, and Entertaining cards that each give you one growth point as well as some Mischief cards that represent when they get grumpy, bite, are too picky about what they eat, or just get bored. So you start off with some negative cards in the deck, but they aren't terribly punitive. Each turn you either draw and play it into your "hold" (there is no hand here) or you use the growth points accumulated in your hold to buy either a Market card or a Memory card from a display. Memories are the primary source of VPs.

The Market cards provide upgraded versions of the four basic suits as well as Items, which go into your hold and offer a few advantages, chief among them being the ability to draw another card if you draw the corresponding suit. For example, if you have the Brush, you get to draw again if you draw a Grooming. This is how you combo up and hit the higher values required for the memories as you leave Spring and go through Summer, Autumn, and Winter. The Memory cards sometimes provide special advantages as well, with each season featuring different mechanical concepts such as Winter offering end-game bonuses.

It's super easy and played, essentially, with open hands so it is ideal for younger children. It's not brain burning in any sense of the word- it's just a relaxing, good-natured design with a positive outlook and a strong sense of representation that is also found in the book. All of the illustrations are straight from it, and we had fun going through and remembering where all the card art came from. It's a sweet game that I'm sure most GAMERS will pick apart and harumph about because it is so light and sweet.

I gave my son's best friend a Gaslands car a few weeks ago and that has come back to me. He spent the night with us a few days ago and he brought with him a few cars he had made with his dad. They don't have the rulebook or anything so they weren't explicitly legal, but we let him run them anyway - after, of course, gluing the wheels because as Gaslanders know "a rolling car is a cheating car". I've decided that the Death Race is NOT the best mode for beginners because it emphasizes speed rather than control, and, well, you gotta learn to walk before you run. So we did a straight up demolition game but I modified it so that we had nine gas barrels on the field. Each worth one point. A KO (we don't do kills) was worth three. No respawns, first KO ends the game. So me and Scarlett were the team Rainbow in the Dark (she chose this name) versus River and Donovan's Blood Hunters. The vehicles were Jawsome (Scarlett again for the win, christening a shark-themed car we have), Black Tiger (my favorite car), Bloodsaw (Donovan) and Chucky's Revenge (River...he is obsessed with Chucky for some reason).

I set us up in a chicken match up front. Chucky's Revenge took off and ran through a string of barrels and racked up points. Jawsome moved to intercept. Bloodsaw paired off with me, and in the middle of a container area, set me on fire with a flamethrower. So I was burning, and blew past Bloodsaw while getting in a few hits with the turret. I cut in front of him and dropped caltrops literally right under his wheels. It was amazing. I kind of felt bad because I didn't want to just KO Donovan on his first game, but hey, school of hard knocks and all that. Scarlett completely clobbered her brother with a brutal ram that sent him reeling, digging the shark teeth on Jawsome into his little buggy (a Halo Warthog, FWIW). I could never get the fire out and I had five hazard so I just did a hairpin turn, got behind Bloodsaw, and shot him to pieces with a couple of critical hits. We wound up winning by one point, only because I got the KO. Really fun game, and I believe Donovan went home to ask for the book. It spreads.

Next time: Is Choose Your Own Adventure: House of Danger the worst game of the year? Is VPG's Renegade one of the best?

That Gaslands experience is so fucking pure. Not to be dramatic, but I feel like we all chase after it for the rest of our lives practically. It's so awesome that his dad helped him make more cars.

WadeMonnig replied the topic: #279071 03 Aug 2018 00:50
Go with 4 players on Century: Golem is my suggestion on an introduction of the game. Five is one too many until everyone is intimately familiar with the game.

ubarose replied the topic: #279133 03 Aug 2018 15:56
Tea Dragon Society sounds super cute. The Spawn would have loved this when she was little. Now she's more about Cards Against Humanity.