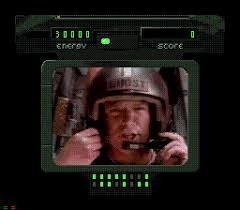 I stumbled into doing boardgame reviews in a rather odd way. I responded to a post by Charlie Theel, who was looking to add written reviewers to Miniature Market's Review Corner. Having previously reviewed video games and anime for a variety of websites and print magazines, I thought I would give it a shot and sent a few samples. I received a response that they would be interested in having me write for the site and I would receive a modest sum for each review submitted. In my mind, I would just use whatever I received to fuel my boardgame addiction; a little less I would have to spend on games.

However, before my first review even ran, the Miniature Market gig imploded when MM decided to focus on video and podcast material. However, rising from the ashes was a request from MM Editor-in-Chief, Michael Barnes, to bring the talents of the writers at the Review Corner to the established site of Fortress Ameritrash and that it would be re-branded with a new name. This would become Therewillbe.games. The pay would be less than that of the Review Corner (a.k.a. It would be zero) but we would be writing for an established site with a passionate following. I jumped at the chance, I didn't have the time or desire to start a Wordpress site or podcast or whatever, but I loved the idea of writing with people I respected about the things that I love.

During my residency at Therewillbe.games, the subject of transparency has come up a number of times. Mostly, I didn't feel it applied to me. When I worked for videogame and anime magazines, every release we reviewed was supplied to us via the publisher. Being a physical magazine, we didn't waste the time or column space to state: “A review copy of this release was provided by the publisher.” It was a given, at least in my eyes. The thought that a free copy of a game was enough to sway my opinion was laughable, especially since every single game was provided by the publisher.

The boardgame industry is a bit different. I have requested review copies of games and been a) politely deflected or b) ignored. Once again, this has no effect on my reviews. If it is something that I think I will really enjoy, I'll go out and buy it. My review of a personal copy will likely run later and doesn't get “priority” in my “to be played” queue. When a publisher provides a review copy, it is a contract (at least in my eyes). If you value my opinion and my review skills enough to provide me with a copy of your game, I will make sure I get to it in a timely manner and give it priority over something I purchase myself.

In an effort to be transparent, I will be going back and adding the following line to reviews where the games were publisher provided: “A review copy of this release was provided by the publisher.” My question is: Do YOU think this is needed? Can you flip though my reviews and tell me “This one was provided by a publisher”? I certainly hope you CANNOT because a “free” copy of a game does not influence my review. A quick glance at my current reviews reveals:

And, in response to other unasked questions:

I don't have a formal Top 10
I don't have a favorite designer
I have never taken a “Shelfie”
I own zero pieces of IKEA Furniture
I generally don't like co-ops
I always play a game more than once before reviewing it
I try to play the game at various player counts before review.
If I have a question about rules, I will e-mail the designer/publisher before writing the review.
I still constantly get, at least, one rule wrong
I don't put pictures “in line” with my review because it just feels like work. Sorry.

I've been paid to write for a handful of magazines and websites but I have never, ever received one cent from a game publisher, designer or anyone working on a game. I don't do paid reviews, previews, unboxing, whatever. If I receive a game, I'll review it. Good or bad, it will be my thoughts and they will be unaffected by whether or not I paid for a game. This is my contract with anyone who reads my reviews.

hotseatgames replied the topic: #296839 09 May 2019 07:47
I don't personally think you need it, but I am familiar with your work. Someone who has just read their first Wade Monnig review? I don't know.

Assuming it's a lot of work to go back and add that... maybe just add it to future ones?

Vysetron replied the topic: #296848 09 May 2019 09:26
Thanks for putting this together Wade. It's always interesting to see other people's takes on the subject. I wish transparency measures weren't so necessary, but disclosures are so easy to add that it's of minimal consequence. We are, unfortunately, in an age of shills.

I think I can apply the entire list at the end to myself. That's scary similar. The only one that's sort-of not true is that I've never taken a photo of my shelves. I have, but it was to send it to folks who asked what we had. "Shelfies" can die in a fire.

ChristopherMD replied the topic: #296851 09 May 2019 09:36
I've always considered a free copy of the game for review to be industry standard. Same thing with a lot of other hobbies. A disclaimer somewhere on the website that some of the reviewed games were comped is good enough instead of adding it to every review. However there are some things that should be stated outright, imo.

* If you have a personal relationship with the designer or publisher.
* If the publisher or designer paid you money or comped gifts beyond what you are reviewing.
* If its a prototype of a game instead of the final product.
* If you have any financial stake in the games success.
* If its an actual review or a promotional/content/infomercial.

Shellhead replied the topic: #296854 09 May 2019 09:58
I don't mind shelfies as much as pictures of meals on Facebook. Most people don't seem to realize that photography of food takes some skill to stage the food in an appealing way.

ChristopherMD wrote: I've always considered a free copy of the game for review to be industry standard. Same thing with a lot of other hobbies. A disclaimer somewhere on the website that some of the reviewed games were comped is good enough instead of adding it to every review. However there are some things that should be stated outright, imo.

* If you have a personal relationship with the designer or publisher.
* If the publisher or designer paid you money or comped gifts beyond what you are reviewing.
* If its a prototype of a game instead of the final product.
* If you have any financial stake in the games success.
* If its an actual review or a promotional/content/infomercial.

I agree with all of these and, if any of the situations ever came up, I would definitely disclose them. The only one that really is difficult for me is the very first one. "If you have had a personal relationship with the designer or publisher." For instance, I "know" Mark/Hotseatgames from this website. I'm friends with him on Facebook. But, we have never met "In real life." When I did my Games of 2018 I joked about it being a conflict of interest. But is it? "Knowing" him did not effect my enjoyment of Seal Team Flix.
I've had back and forth e-mail conversations with a number of designers and publishers, always starting with something about a game or release but sometimes we have similar interest in things and we talk about those. Should I disclose that I think someone is a pretty cool dude and we are "Internet Friends?" I'd love to play Al's Away Team and review it. But should/would I do that here?

hotseatgames wrote: I don't personally think you need it, but I am familiar with your work. Someone who has just read their first Wade Monnig review? I don't know.

Assuming it's a lot of work to go back and add that... maybe just add it to future ones?

It only took about a hour, I went back and added it to the reviews that it applied to. I will also add it to future ones. You make a good point about Familiarity with my work, so I guess it is worth it from that stand point.

I think it's more like disclosing close personal relationships. It's a small industry. Everyone kind of knows everyone. Especially if you do the con circuit.

WadeMonnig replied the topic: #296870 09 May 2019 13:58
Dirtiest I ever felt writing a review: I once did a freelance
Gig for a magazine that rhymes with Axim. They
Paid me for a thousand word review and proceed
to write/run a 75 word review of my review.
Read More...