The Twelve Games Of Christmas 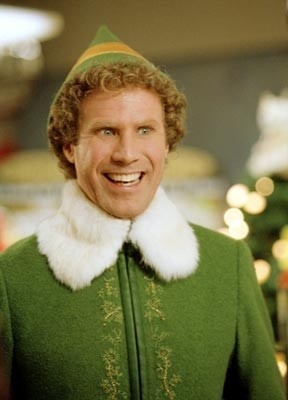 It's amazing how fascinated I am by trying to figure out my favorite games. There's something about ranking and ordering that injects a small dose of reason into what is really kind of a silly hobby. I think it also gives voice to what I like and don't like in a game. I don't think I could explain that in a sentance, but I could express it through the other games I like. Maybe that's why so many people get up in arms about the Boardgame Geek rankings. On some level those rankings are the expression of the whole community, so when you are out of step with that community it feels wrong somehow. When we share the games that we enjoy, we share a little about ourselves. So it seemed time to share that list with the F:AT community.

When I started my blog in 2010, my first entry was my top twelve games. Why twelve? Originally it was an homage to the then-current story of the University of Nebraska joining the Big Ten Conference, perversely as the twelfth team. Now that two more teams have been added, that reference lost what little sense it had. So this year, why not rejigger it as a holiday theme? This is now the third time I've done this list, and my approach was a little different. Before I always just went on general gut feeling, putting stuff out there without much thought. This year I actually listed 18 games that usually enter my mind as being among my favorites. I then inserted them one by one into an ever-increasing list, and I came up with what you see below. It's important to remember that this is not a be-all list. It's more of a snapshot of where my gaming tastes are right now, and I actually think it's as accurate as could be expected.

So here are the twelve games of Christmas, the dearest and favorite entries into my collection. I suppose you could gripe that the world doesn't need one more list of great games, but what do you know? You're nothing but a cotton-headed ninny-muggins.

Honorable Mention – These games didn’t make the final list, but they were under consideration. Without exception, all of these games would get my highest recommendation: Galaxy Trucker, Mage Knight, Nexus Ops, Power Grid, Dungeonquest, Mare Nostrum. If you get a chance to play any of them, take it!

12. Imperial
Imperial is a new addition to this year’s list, but it would have likely made the cut last year if I’d played it a little more at the time. It turns out that Imperial is one of the most tense, thoughtful, and cutthroat designs I’ve ever played. The theme of war profiteering is both evident and sharply satirical, but the gameplay itself is a sight to behold. It swings between stock evaluation and open warfare, and it’s a wonderful blend. This is my favorite game about investing, and one of my favorites overall.

11. Agricola
Agricola makes the list for the third straight year, and a big part of that has been its longevity. I’ve gone through all manner of phases in this hobby, but since its 2008 English release, Uwe Rosenberg’s classic has always provided me with all the thrills that 17th Century farming can provide. Still the best worker-placement game, and one of the best examples of how good low-interaction Euros can be. I don’t often agree with the BGG rankings, but this one deserves to be as high as it is.

10. Fury of Dracula
This one was almost relegated to the honorable mentions, but as I played it again before my recent review, I had to return it to its rightful place. It captures the creeping dread of the source material so well that you’d swear Bram Stoker was involved in the design. And for those who aren’t big theme nuts, it captures one of the best cat-and-mouse experiences that I’ve ever seen. It’s both subtle and atmospheric, more interested in slow tension than cheap thrills. That’s exactly how a gothic horror game should be.

9. Twilight Struggle
There used to be a few two-player games on my list, but I don’t get to play any of them as much as I’d like. It says something that I’d rather play Twilight Struggle than Space Hulk, Summoner Wars, Yomi, or whatever else. Simply put, it’s the most engaging two-player game I’ve ever seen. The Cold War comes through in every moment, even down to the thoughts and fears it creates in the players. It’s tension and depth are unmatched, and every new play it opens up more. That’s staying power.

8. Tichu
Tichu was one of my most-played games of 2011. Its siren song was so strong that I could almost always get people to drive from all over the Kansas City metro to jump into a game. My Tichu-playing face-to-face has fallen dramatically in 2012, but I still get in the odd game now and then, particularly on the Android app. It’s a great traditional-style card game, and it’s a great way to introduce card-players into the hobby. And boy, is it addictive. It’s the cheapest game on this list, and probably the best value in board gaming.

7. Talisman
Another newcomer to the list, Talisman is everything I never knew I wanted in an adventure games. It cuts away all of the trappings that make us feel smart for playing games, and what’s left is basically the rawest form of adventure a game can create. Yes, it’s random. But that randomness allows the players to really play, instead of merely think. This is one of the first games I will play with my boys, because more than any game in this class, it just makes me happy. That’s a feeling worth sharing with the next generation.

6. Merchants & Marauders
Have you ever felt that a game was designed with you in mind? That’s how I feel about the greatest pirate game ever made, and probably the best there will ever be. Loads of narrative and specificity help this complex game to go down smooth. I have yet to play it with someone who wasn’t instantly enamored with it. It embraces luck in the perfect amounts to create adventure on the high seas. Easily one of the best games of the past five years, and an obvious choice for my list.

5. The Settlers of Catan
There’s a little part of me that dies when someone says that Catan is past its prime, because I still consider it to be the best German game design ever. It’s so intuitive and so interactive that it’s basically the platonic ideal for casual Eurogames. It’s the most important game on this list in terms of influence. along with the most impressive set of expansions for any game I’ve seen. I don’t play it as much as I used to, but there will always be room on my shelf for this masterpiece.

4. Battlestar Galactica
I recently played a game of BSG without any expansions, just with the original game as released. It was like a revelation, where all that was great about it washed over me again. There has never been a better representation of an existing IP in board game form. It captures all of the paranoia, the struggle, and the sacrifice of the original show with astonishing accuracy. And best of all, it steps back and lets you really play the players. If you aren’t playing with heads up, you aren’t doing it right. The expansions aren’t without their charm, but I’ve discovered that they tend to clutter up what was a pretty much perfect experience. Just the straight game (with five people, of course) stands as maybe the best release of the 2000-2009 decade.

3. King of Tokyo
I went back and forth on putting this very recent game this high, but it’s impossible to ignore the impact the game has had on my collection. It’s not uncommon for us to just play two or three games of King of Tokyo instead of something longer. It’s engaging enough to keep you making decisions, but it’s so casual and effortless that you can literally play with just about anyone. I think it might have rendered all dice games obsolete with it’s devotion to interaction and trash-talking. Is this still the early blush of a newly-discovered game? Maybe so, but if this is puppy love I’ll take it. There isn’t anything else on this list that I can play with non-gamers so well, and still enjoy with my gaming buddies. In fact, I would probably be better served by playing it right now instead of writing this list. But I digress…

2. Innovation
Innovation is basically as far as you can go with card combos and variety in a card game before you go full-on collectible. The game never ceases to surprise me. When I think I’ve seen it all, it throws another curve-ball. It defies expectations in front of my eyes, and I am forever in awe of how it could handle so many different unique card powers. And yet it keeps working. I’ve seen some amazing comebacks and some hilariously lopsided games, but I keep coming back because I want to see what it will do next. The first expansion is one of my favorite game expansions ever, and I can honestly say I’m excited about everything else this game can offer with further releases. Put it this way: there is almost never a game night that doesn’t see at least the base game getting thrown into the backpack. If that’s not proof of its quality I don’t know what is.

1. Cosmic Encounter
What else could it be? I recently got to play two consecutive games of this with a bunch of high school boys, and it reinforced what I already know: Cosmic Encounter brings out everything that is great about board gaming. The interaction, the surprises, the sheer joy of being with friends. It’s social without being fluff, chaotic without being a mess, and strategic without being stuffy. The expansions are a must-have, if only to have more players in the game. An eight-player game may take a while, but it’ll be so worth it. This is not a game that you play. You just strap in and hang on. There’s nothing else like it. Basically, it’s gaming perfection, the greatest game ever designed.