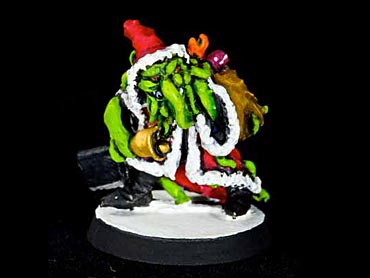 The thing that reminds me most of Christmas is not a tree, nor hot chestnuts and mulled wine. It’s an open fire. When I was a teenager the holiday season would see family members emerge, blinking in the golden half-light of winter, from bedrooms, sheds and kitchens and assemble in the living room which was rarely otherwise used. Decoration would be put up, food cooked and a fire laid in the grate and kept burning for the hours of wakefulness for two whole weeks.

And in front of that lovely blazing fire, gentle scenting the room with woodsmoke, we would do the thing that reminds me second most of Christmas: play games. Not the games I liked best then and now but others with wider appeal. Traditional playing cards were popular, as were word games and mahjong. We would sit and play into the small hours, rolling our eyes good humouredly at my Gran, who never understood scoring in games in and would just get her cards down as fast as possible, eager for another hand.

And down the road in my Aunt and Uncle’s house there would be freely-flowing drink and party games all through the season. This was different fare entirely, loud, raucous and occasionally brutal but furiously entertaining. I never got those when I was younger, but by the time I was old enough to enjoy a generous glass of vodka and coke on Christmas eve, they suddenly began to make sense.

This lengthy slice of personal nostalgia is not here merely as an indulgence to my fond memories of Christmas past but to serve a purpose. I am not sure, really, how to define what I mean by “Christmas games” but I still have no hesitation in picking games for this list. It’s not traditional family games, nor modern accessible European games, nor lightweight but aggressive Ameritrash. My picks are united merely by a sense that they are light-hearted, gentle, amusing things that suit the qualities we associate with Yuletide.

I was also inspired to make this list because I figured that a lot of the games I’ve enjoyed over the festive season year after year might be better known here in the UK than the US, or even perhaps relatively obscure to most other than those who’ve already enjoyed them. So here they are.

I probably rate this game, where you have to explain to the other players what word is on the card you’ve just drawn without using any of the related “taboo” words also listed, higher than I should do. That’s because of one single incident. The word in question was “Ambulance” and after several unsuccessful attempts to get the idea across, and with time running short, the card drawer stormed over to the guesser, pointed a finger in his face and shouted “You’re going home in a fucking …” and still no-one got it. I laughed so hard I almost needed one myself.

I’m fond of word games. Perhaps it’s not surprising that a writer should be. It’s a popular genre and the quality varies widely, even to people like me who are predisposed to give it an easy ride. But word dice classic Boggle is somewhere close to the top of the pile. It’s a Christmas game because it’s so easy and so quick, making it ideal for family play. I have many fond teenage memories of playing this with adults even though I lost every game, just for the pleasure of trying to beat my own previous tallies or just trying to spot a long word that no-one else had got.

You may well never have heard of this game, but I’m certain you’ll have heard of its close cousin, Mahjong. Mhing is effectively that game, tightened and lightened up a little and translated to cards. And what cards they are, most editions featuring heavy duty cardstock with lavish illustrations embellished with gold foil. The game itself is a rummy-type affair with the added twist that only the first player out gets to score, and that score is based heavily on certain stacks of meld being worth more than others. The need to plan for specific combinations, along with the ability to freely pick up discards, adds a lot more strategy than the average rummy variant but it still sits on that fantastic weight balance that offers wide appeal to all ages.

Here in the UK a recent craze amongst parents is Rory’s Story Cubes, a set of dice with various symbols on which you roll and attempt to construct a narrative from. It’s got a lot of possibilities, a lot of creativity and a lot of charm. It’s also got nothing on Once Upon a Time.

The principle is similar except you have a hand of cards that you “play” by weaving their concepts into a verbal story, while the other players attempt to snatch the teller role by matching one of their cards to something in your narrative. It’s not a game in the traditional sense as the rules need to be enforced flexibly to ensure the play keeps running and the winner is almost irrelevant compared with the act of playing. Endlessly creative, often hilarious and rarely anything less than wonderful the stories that emerge from sessions of this game are so marvelously rich that they bear transcribing and retelling. I’ve often wanted to do just that, but lost in the sheer joy of participating in the game I always forget to press record.

I reviewed it a while back.

There are several editions of this game, such as Beyond Balderdash and Absolute Balderdash but the name is of little consequence. What’s important is that it’s the best party game ever made, a game that I have never had a bad session of and which I have never known anyone to not enjoy. Indeed such is the colossal appeal of this game that I’ve known rooms full of people devastated by drink to the point where they were barely conscious ask to play it twice, even though it takes a good 90 minutes to finish.

The concept is simple. Each turn one player takes a card and from it chooses something unusual: a bizarre word, unlikely legal statute or obscure acronym. The other players must then write their own definitions of this, returning them to the reader who reads out all their answers plus the correct one. Players then choose which they think is right, scoring a point for every other player who picks their invention, and the reader scoring if no-one gets it correct. Doesn’t sound like much, but it’s hard to overstate just how damn funny this can be, especially after a couple of game. So I won’t try, but instead link to an episode of a UK game show based on the same concept, the incomparable Call My Bluff.