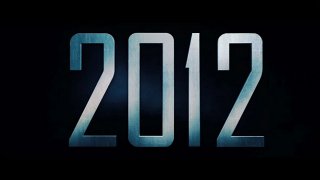 It’s the time of year for lists. Lists of things from the year that’s about to end. Most especially of things that you’ve found to be of surpassing excellence. I am no dissenter, no maverick, not strong enough to resist the pull of seasonal traditions. So here is mine.

Thanks to my slot at Gamezebo I feel, for the first time ever, qualified to make not one list but two. Both in the same article, o lucky reader! First there will be my favourite iOS games of the year, and then my favoured board games. With so much to write there is no longer time for seasonal waffle and chit-chat. On with the picks.

5. Blood of the Zombies

The Fighting Fantasy franchise was something I remember fondly from my childhood 25 years ago, so it's astonishing that author Ian Livingstone and studio Tin Man Games have managed to ensure it remains relevant and thrilling today. It turns out that Blood of the Zombies makes a superb candidate for the app treatment, having a stripped down combat system and more inherent challenge and replay value than the bulk of the series. And Tin Man didn't disappoint with their implementation. It's all spelled out in detail in my Gamezbo review plus more.  I've enjoyed previous iOS gamebooks but this is the first that was truly special, and made me excited about more Fighting Fantasy and Sorcery adaptations coming next year.

Endless runner games are, in my opinion, a showcase for everything that’s wrong with mobile gaming. Shallow and repetitive, they offer little but the pavlovian rewards obtained from completing arbitrary goals and leaderboard positions. It is therefore a bit of a shock that Punch Quest turned out to be so brilliant. What makes it so is simply depth: there is tremendous variability and enormous skill in this. With a cavalcade of different enemies, items, terrain, bosses and branching paths and the ability to buy and recombine power ups to suit your play style, I’ll quite possibly be running this one endlessly.

Playdek rarely disappoint in terms of their apps, but I still think this game redefined the bar for board adaptations to mobile. The underlying game is a superb candidate for the treatment in any case being short and having perfectly encapsulated player turns to reduce to-ing and fro-ing. But the app built over it is flawless, looking good, playing smoothly, offering all the functionality you could possibly want. We might have had to wait post-release to actually get a copy but boy, was it ever worth it.

2. Battle of the Bulge

I’ve really said everything I can about this in my Gamezebo review, so go read that. I will add that what makes it better than Summoner Wars is just that Shenandoah Studios didn’t adapt a board game to iOS: they took board game mechanics and created something amazing that actually worked better on a tablet than it would in real life. Can you imagine fiddling with all those ever-changing VP combinations and goals in a real-life game? No, and that’s just the thin end of the wedge in terms of how this app does all the heavy lifting, leaving the gamers totally absorbed in the experience.

I reviewed this one too, on F:AT. There was never going to be another choice for number one slot: I’ve played this game regularly, as in several times a week, since it was released in late spring. No other game on any platform has managed that feat. It might be expensive, but it’s so, so worth it.

What’s the overarching theme here? Strategy. The strategy genre might be (XCOM excepted) pretty much a dead duck on other platforms but its undergoing a massive renaissance on mobile. That’s not surprising: touch screen interfaces are actually pretty clumsy for most twitch games but they’re perfectly suited to strategy. I suspect there’s going to be some more stellar work in this area in 2013 from the studios behind my top three picks, plus Games Workshop finally entering the mobile market with Space Hulk and Warhammer Quest. Going to be an exciting year.

So, on to the board game picks.

I’ll probably get some stick for this, but I don’t care. It’s not the cleverest, most innovative game on the block but it made a sterling demonstration of how building on previous designs in a genre, looking at what words and what doesn’t then skimming the cream off the top and recombining it into a single game can create a brilliant thing. Balancing accessibility and fun with some solid strategy, and bringing dreadfully needed interaction into the staid, dull worker placement mechanic, it’s easily the best European-style game I played this year. More details in my review.

This earned its slot on the strength of its emergent theme. When you’ve got games like City of Horror that can stick some zombie pictures on top of a generic negotiation mechanic and calling it a theme, Netrunner offers a primal lesson in communicating a sense of place and being through mechanics alone. Playing this you’re no longer a gamer, but for 60 minutes are transfigured into a global corporation or sly hacker. The other stuff, the clever intermarriage of strategy and bluff, the customisation and deckbuilding, is just gravy as discussed in my full review.

And from one game with wonderful emergent theme to another. It’s much more of an ephemeral thing here, but it’s odd how this game simply *feels* just as it should. Pitch perfect in terms of weight, production, theme and ship handling. Opponents have remarked how they suddenly find themselves humming the Star Wars theme or imagining green and red laser bursts as they play. Personally, every time those little plastic ships come out I’m a child again, even if only for a moment. The game might be a money pit, but how do you put a value on that? If you like, you can put a value on my review instead.

I’m still kind of reeling from the fact that thirty years ago someone managed to design an interesting pick up and deliver game and yet virtually everything that followed in its wake was dull as arse. Thus, old as it was, this game came as something of a revelation and a breath of fresh air. That’s why I’ve enjoyed it so much. That and the wonderful manner in which it offers a variable setup that ensures both rich narrative and keeps repeat strategies at bay. Every game re-engages both your logical centers and your imagination anew. Amazingly, here is my review.

Remember this, from back close to the turn of last year? I do. It’s so easy to forget early release games when compiling these yearly lists but this has stayed with me, popping out again and again with different groups and in different places, the only game I’ve probably collected a physical dime of plays this year. And every time it’s been ridiculous fun. Hilarious, enthralling, varied, entertaining. Every single time. It’s ticks all the boxes I could want for a short, light game, even offering just enough strategy in the card and position combinations s to keep your brain engaged. An absolute joy: itching to see an expansion. You will be unsurprised by now if I link to my full review of the base game.

The overview on the board game front is a little more troubling. Three out of the top five are reprints. They’re nicely modernised with streamlined rules and high production values, but they’re still reprints. So while it’s great that Fantasy Flight are getting their act together as regards their updating of classic games, and its great to see old material back in the limelight, it’s a bit alarming that so many of the best games I’ve played this year have been reprints rather than fresh designs.

I’ve never been one much for the hype machine. But what I’d like to see in 2013 is some more quality new designs. A deep, interactive deck-builder would be a nice start, something that really makes good on the achingly unfulfilled promise of that genre. In terms of actual titles, my most anticipated is the  story-telling game Story Realms which looks both fresh and interesting.  Others I’ve got earmarked at the moment are Bowen Simmons’ long awaited Guns of Gettysburg, the world war 2 tactical block game Courage from Columbia and the multi-player card driven game Cuba Libre from the designer of Labyrinth. Seeing as it’s felt like a relatively lean year for wargames this year, that’s a nice slice of history for the near future.