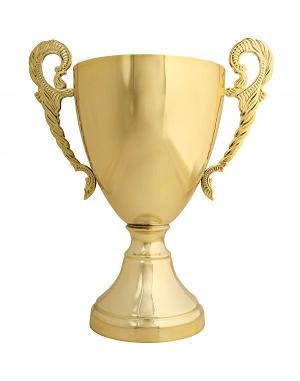 It is the sworn duty of every board game writer to come up with a “best of” article at the end of every year. This is carved in stone, from the beginning of the internet. I’m curious sometimes what would happen if someone were to NOT give their year-in-review article. I suspect that the internet would proceed as it always has, but I worry there’s a slim chance it sends us plummeting to a fiery death. I think it might be better not to risk it.

The motivation to prevent the end of the world does not make this an easy article to write, however. There are a couple of reasons for this. First of all, 2012 did not feel like a spectacular year for board games. I think people were more concerned with catching up on the bumper crop of great releases from 2011 than they were with newer releases. I fall into that category myself. It’s not helped by my tendency to play more familiar titles rather than new games. I also feel that 2012 might be remembered as the year of the “core game.” I don’t like boarding the Expansion Pack Express unless I’m pretty sure I love the game. That means that unless a publisher provided me with a review copy, I generally gave such titles a miss. All that to say that if you don’t see a game that everyone else has been raving about, odds are good that I haven’t played it yet. Take that how you will.

And yet, there were high points in 2012. As such, you can consider this a list of games that got me the most excited throughout the year. I made the somewhat unusual decision to include reprints from 2012 in my reckoning, assuming that the reprint familiarized me with the game in the first place. That allows me to recognize what I think are some of the best releases of the year without allowing a game that I already loved from becoming the de facto champion. There’s a good case for not doing this, but reprints dwell on the shelf next to all of the newer designs and compete for the same dollars. If someone is walking into a game store for the first time, I thought it appropriate to compare new-to-me reprints with other new stuff.

And so without further ado, here are my Top Five Games of 2012.

5. 1989: Dawn of Freedom – Now here’s an interesting case. Twilight Struggle is one of my favorite games, and at first it seems like 1989 is a rehash of the same ideas. But after one game of this “sequel” it becomes obvious that 1989 is its own entity. All of the good things are still there: the palpable tension, the tricky decisions, and the wonderful historical flavor. And the differences almost all feel like improvements, making the game just a little more intuitive and a little more dynamic. The new Power Struggle mechanic creates some really strong narrative points that make for a rich and exciting experience. If I don’t love it quite as much as Twilight Struggle, it’s because Twilight Struggle came first and fits its theme just a little better. But if I were discovering 1989 first, I think I might have liked it even more.

4. Wiz-War – Sometimes a critic may “under-review” a game, where you realize later that the game was better than you thought  I feel like I did this with Fantasy Flight’s reprint of Tom Jolly’s Wiz-War. I knew that the game was good goofy fun, but I wrote the review before I tried most of the variants in the back. Once I re-instituted almost all of the rules from the classic version of the game, my enjoyment kicked to a new level. Wiz-War is a lean, mean, spell-chucking machine. It’s full of wild combos and action, and it’s all playable in a short 30 minutes. It makes you want to set up another game right away. I don’t think the reprint has done that well, which is too bad. I only hope that other people will be drawn in by the thoroughly awesome cover and discover the wonderful game inside.

3. Lords of Waterdeep – Speaking of under-reviewed games, the D&D Eurogame That Could has proven that it’s better to be reliable than to be super-creative. When I first got into this hobby, I was a die-hard Eurogamer, and I fell in love with games much like Lords of Waterdeep. It almost feels like a homecoming for me, sort of the Nexus Ops of worker-placement games. It holds on to all of the Eurogame conventions that were good, like the short playtime, uncomplicated but difficult decisions, and light strategy. At the same time, it throws away the cube confusion, the thinking contests, and the horribly indirect way of accomplishing anything. It gets in with almost no fuss, and leaves at just the right time. I don’t think I realized how much I appreciated this until just recently, when I noticed I had played the game with 2, 3, 4, and 5 people and enjoyed every single configuration. It works so well and is so approachable that it’s impossible for me to overlook it at the end of the year. It may end up being the most-played game on this list.

2. Clash of Cultures – What’s to say that I didn’t already say in my recent review? Clash of Cultures might be my new champion in the already-bloated genre of civilization games, and that’s saying something. It’s approachable without being simplistic, strategic without being overwrought, and looks simply gorgeous on the table. There are some amazing mechanical touches here, like one of the most intuitive tech-trees I’ve ever seen in my life. I also love the way the map forms as the game goes on. It’s a wonderfully organic experience. It doesn’t feel the need to push you in a direction with a racial power or by piling on structure and mechanical fluff. Everything just flows so effortlessly that you accept it and move on. But when I step back, I see a game that deserves analysis and celebration. This is an ideal that modern epic games should aspire towards.

1. Merchant of Venus – I went back and forth, trying to decide between this and Clash of Cultures as my best-of-the-year. Clash of Cultures is a wonderful game that could be an all-timer, but when I was really honest with myself, I just enjoyed Merchant of Venus more. I received it as a Christmas present, and I don’t think that a game night or social gathering has gone by where I didn’t want to play it. It’s the sort of game where I lay awake thinking about what I could have done differently, and how I should approach my next game. Richard Hamblen’s original 1987 design is a wonderful balance between tough strategic decisions and a rich and varied theme. If that was all that was in the box, this reprint would still get my game-of-the-year accolades. But Fantasy Flight’s reprint takes the game in some exciting new directions, emphasizing customization and specificity and making the whole thing feel a little more adventure-y. Between both versions, there is so much in this package that I still haven’t felt qualified to review it yet. Right now, I can just say that the two versions together create something that’s greater than the sum of its parts, and it excites me more than any other release of 2012.