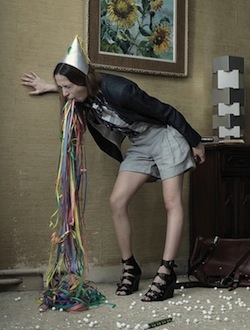 Every end-of-the-year board game article I read makes a general assessment over the entire year, something I’ve never felt qualified to do. For starters, there are a lot of big releases that I still haven’t played. If I don’t get a review copy of something, I have to catch the wave of popularity every new release gets before my gaming friends have moved on. When that doesn’t happen, it becomes less likely that I’ll get around to something without trading for it. That’s why a couple of major releases like Pathfinder and Kemet passed by without comment from me. They haven’t made a lot of impact in my immediate circles, though they have been very well-regarded online. Besides that, the end of the year is when Essen releases are just beginning to trickle to the US. Some promising games are about to be inserted into my rotation (like Tash-Kalar and Steam Park) that would normally be considered 2013 releases. Let’s just assume those will be eligible for the 2014 list, especially a couple of games below are in that shadowy realm between 2012 and 2013.

All that said, it does feel like 2013 was a generally strong year for new releases, at least from my own experience. The five games listed below are all very strong entries, and the separation between 2-4 in particular was razor-thin. Just a couple of other games bear mentioning, even if they weren’t on the list. First of all, I enjoyed the board-based deck-building of Trains, perhaps the first deck-builder that didn’t inspire instant ambivalence from me since at least 2011. Terra Mystica is a game that I admired more than I enjoyed, but the brain-burning Euro player will love it, and I wouldn’t say no to an occasional game either. Bioshock Infiniter: The Siege of Columbia didn’t really use its lucrative license as well as it might have, but the game beneath the hood was a lot of fun. Finally, Scoundrels of Skullport, the expansion for Lords of Waterdeep, was one of my favorite releases of the whole year. It did everything an expansion should do, without weighing down the game. But those were all a far cut from the five games listed below.

5. Star Wars: The Card Game
Fantasy Flight’s Star Wars Living Card Game dominated the first half of the year for me, until I fell behind on the Force Packs and it succumbed to the same drought of plays that befalls all two-player games for me. So I don’t play it like I did when I first got it, and we’ll see if it stays out of the trade pile. But that fading is really more a result of my lifestyle than any fault in the game itself, which was generally excellent. Quick-playing with surprisingly intuitive rules, Star Wars is exactly the kind of game that Fantasy Flight should be pursuing with the LCG format. Of special note is the deck-building method, which removes the card-by-card decision-making and makes deck-building a much quicker and accessible prospect. It’s a brilliant innovation, and something that wouldn’t work nearly as well in a standard CCG release. Add to that terrific illustrations and just enough classic Star Wars flavor, and it’s good enough to be one of my 2013 highlights, even if it came out in the waning days of 2012.

4. City of Remnants
Many terrific games get enough plays to review, and then they need to be slotted to the back of the line to make way for newer titles. City of Remnants refused to stay there, and my friends kept on asking to try it out, and then they would ask to play it again. It pilfers design ideas from all over the place and puts them together into something that runs like a muscle car when it should be the Homer. There’s a little deck-building, a little auctioning, a little economics, and a lot of cutthroat conflict. The combat in particular is high-stakes and tense. It also handles faction powers in a refreshing way, using deck-building to give each faction flexibility based on their circumstances. The first play was interesting, the second one grew on me, and each one after that has reinforced how much I like it.

3. Robinson Crusoe: Adventures on the Cursed Island
When we think of thematic games, we tend to think of “Ameritrash,” that vague category of games with lots of dice rolls and wild swings of luck. Well, Robinson Crusoe is one of the best “thematic” experiences of the year, and there’s nothing trashy about it. It’s a Euro through and through, with worker-placement and efficiency that serves its theme almost perfectly. It’s not really an interpretation of Defoe’s original novel, but rather a scenario-based game about surviving on a deserted island. You and the other survivors will need to gather wood, hunt for food, build shelter, weather storms, and explore more of the island. There are a lot of rules to take in, but the payoff is a richly detailed game that I think  about in narrative beats rather than mechanical ones. It’s also an outstanding cooperative game. That’s as it should be, because you don’t survive on a jungle island without coming together.

2. Coup
Fifteen cards and a pile of coin tokens. That’s all that’s in the box, but it’s enough to make one of the best games of the year, whether you’re playing the 2012 version or the new Kickstarter one set in the universe of The Resistance. It’s the best bluffing game I’ve ever played, one that hides a striking amount of depth in fifteen minutes. Do you use your character’s power? Do you lie about what characters you have to use a different action? And how do you know when someone else is lying? These kinds of questions are in any bluffing game, but the small rulespace of Coup forces you to swim the murky waters between lies and the truth. Coup is good enough that it no longer exists as a single game. It needs to be played with my group at least two or three times in a row. And maybe just one more after that…

1. Duel of Ages II
There is something in Duel of Ages II that must be depriving oxygen to my brain, because playing it makes me just a little giddy. A lot of games are silly, but Duel of Ages is silly in an intense way. The enormous variety of characters, the endless items, the do-what-you-feel-like gameplay, they all are ridiculous in a way that feels expertly designed. Not the sort of design that is an end to itself, but one that establishes itself as the basis and lets you take it from there. There are plenty of funny stories in any given session, a feature that gets mentioned in almost every review. But I am more impressed with how strongly it embraces player agency, imagination, and interaction. It’s not afraid of players who want to park on a cliff and pick off enemies. If you want to storm the enemy base, that’s fine. If you want to dive into a dogpile of tokens and see how you do, go nuts. That’s why it’s best with more people, because it allows each player to both identify closer with who they have, and to be a part of a bigger unit while they take on the other team. It’s been my mountaintop gaming experience of 2013, and I suspect it will be one for a good long time.