The Twelve Games Of Christmas - 2014 Edition 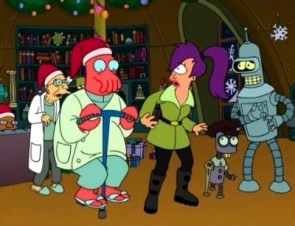 The holiday season is a time for tradition, and as we all know “tradition” is a Christmas-y word for obligation. I’ve been at my tradition for five years now, where I look at my twelve favorite games and see what has shifted over the last year. My approach has evolved some, but I do it again from scratch every year. Our tastes aren’t set in stone after all. You can see by reading my lists from2010, 2011, 2012, and 2013.

As there is every year, there was plenty of shakeup. The big trend this year was the return of the German game. Last year I only included one game that would be considered “euro.” It felt off-balance enough that I even published an alternate version of the list with twelve completely different games. The “parallel universe” list was heavy on German and Euro designs, many of which have gotten a lot more play this year as I’ve rediscovered my love of German design. This year the two universes are merging, but instead of the fabric of reality shredding the only result is a single list that incorporates elements from both. At least three of the new German games on the list are actually old favorites of mine, but for a long time I felt like I couldn’t really rank them as highly as the trashier entries. That’s a pretty arbitrary distinction, so I’m glad I got over it.

As with every year this list is a snapshot into what I enjoy now. It’s a reflection of not only what I want to play, but games that have grown in my estimation because I’ve been able to play them more often. The order is a bit arbitrary, but that’s how every list is. It could look different in a couple of weeks. So sit down, get a plate of cookies, and check out my top twelve games, 2014 edition.

12. Manila
Here’s our first “German” game making its debut on the list this year, and it’s a great one. I distinctly remember my first game of Manila as one of the most raucous, hilarious sessions of anything I’ve ever had, and over the last six years it’s shown itself to be a reliable source of cheers, curses, and fantastic failures. It encourages a reckless style of play, coaxing you into overpaying and taking big risks because you need it right now. I play every game rather recklessly, so Manila has become a favorite of mine

11. Nexus Ops
First appearing on last year’s list in a slightly higher position, Nexus Ops is the only “dudes on a map” game I really love. That’s because it’s another game that fits my love of playing with reckless abandon. The bits of the genre that exhaust me, the need to hold territory, focus on defense, and metagame with the other players, all are out the window. It’s forgiving of mistakes and frequently has ridiculous comebacks in its short run-time. I’m not always a fan of “only the best parts” games, where the game cuts out everything that’s perceived as less awesome, but Nexus Ops is one case where I think it works wonderfully.

10. Agricola
Along with the number one game on the list (which you can almost certainly guess), Agricola is the only game to make my list all five years I’ve written it. I guess I like farming. Agricola’s much-heralded advantage over other Euros are those improvements and occupations, which have kept it fresh for several years now, never allowing it to grow stale in its strategy. The other rather silly reason I love it is that I just like looking at my completed farm at the end. There is something absurdly satisfying to me to see the little house with rows of fences, plowed fields, and ideally little wooden animals. What can I say, I’m a cheap date.

9. Merchants & Marauders
Some games talk about choice, but I’ve never played a game that really lets you just decide how you want to play quite like this one. I love that you can focus on being a law-abiding trader, or cruise the high seas pillaging merchants as a pirate. The seas feel deadly and exciting, and the game forms its own little world as it goes on. It’s been a while since I’ve been able to play this wonderful game, but every time I return it’s like touching base with a dear friend.

8. Innovation
Here was have a rare game that is about more than a setting or a mechanic. It’s a game about the power of creation and human ingenuity. Every card played in Innovation represents some creation of mankind, and every single one is capable of throwing the entire game in a completely new direction. That’s a unique take on human history, which is why I think Innovation and its expansions have remained so meaningful to me. It helps that the game is completely bananas, but for once I think that chaos is completely justified. After all, there is nothing balanced or safe about human history.

7. Talisman
I hate the phrase “guilty pleasure,” because it was invented to make people feel better about liking games like Talisman. It’s a shame that so many gamers have decided it barely qualifies as a game, not so much because they’re missing out, but because I hate that the discussion drives people away from a game that has resonated with me. You must enter Talisman on its own terms. By reducing player choice to a series of simple decisions, it puts the player in a world that exists out of their own control. Player choice is all well and good, but there are times when it actually makes a game less immersive. The essence of adventure is hardship and unpredictability, and Talisman executes that as well as any game I’ve played.

6. Robinson Crusoe: Adventures On The Cursed Island
The remarkable thing about Robinson Crusoe is how fully it embraces its setting and themes. Your group doesn’t just take stock of what is happening mechnically and make decisions accordingly. You begin to use the language of the game’s setting, thinking about how you would respond in terms of survival on a deserted island. The mechanics of it barely register, because you are focused on “what do we need to do” rather than “how does this work.” I’ve never even had a rules question that couldn’t be answered by wondering what would really happen in a survival situation. If that’s not the mark of a great game, I don’t know what is.

5. Duel of Ages II
If I had discovered Duel of Ages in college, I’m not sure I would have graduated. It’s an enormous explosion of everything in one giant rumble, and its possibilities are ridiculous. The experience is so malleable that I will probably never really see all it can do. More than its insanity, I’m tremendously taken with how well it does a team experience with so many people. You can collaborate all you like, but there’s still plenty of room to create your own weird experience. Duel of Ages II’s driving design question seems to be “why not?” But somehow it is able to contain all of these bizarre elements into one enormous game that really feels like play. It’s almost like it’s going over the cliff in several directions at once, and rather than falling on its face it manages to stay afloat like an astronaut in zero-g. I don’t even know if that makes sense, but Duel of Ages II defies sense, so I’m going to allow it.

4. Ra
Another German game sighting! I played Ra just this weekend for what has to be the hundredth time, and I realized that for seven years I’ve been unable to precisely pin down exactly what I love about it. That’s because everything that’s there works so organically that it doesn’t show its seams. What impresses me most is how it limits the number of auctions you can win, inclining you to be choosy with what you buy. But then it throws in a perfectly-tuned timing mechanism that pushes just hard enough to force you out on a limb. It’s not one of those Knizia games that really speaks much to its theme, but it works so well mechanically that I’m still discovering new facets.

3. Tigris & Euphrates
Herr Knizia strikes again! In truth T&E and Ra might as well  be 3a and 3b. I really wasn’t sure which would come out on top until I sat down to write this article. Tigris & Euphrates gets the slight edge (for now) because of how well it abstracts the rise and fall of whole civilizations in an hour. It’s not an immersive experience, but I would argue it’s still a great thematic representation. Of course religion is important to usurp power in a kingdom. Of course war leaves the map scarred with upheaval. And man, it’s another terrific design. There’s never been another game like it, and when the results are this good why would there need to be?

2. Wiz-War
Wiz-War was in this spot last year too, and if anything it’s gotten better with the release of two well-received expansions. More than any game on this list it makes me want to shuffle up the cards and play again right away. It’s such a straightforward game, easy to pick up and easy to underestimate. Tom Jolly had the good sense to not overthink anything about his masterpiece, limiting what a player can do with a hand of cards, but allowing them to get creative with how they interact. The balance between combo and paralyzing choice can be a tricky one, but Wiz-War nails it.

1. 7 Wonders
Well crap. I thought I knew what game would be number one, but it looks like this year we have a different…

Cosmic Encounter is using its power. It’s the Loser, with the power of reversal!

The winner loses and the loser wins! That means that the number one game is once again…

Whew, alright. I feel better about that.