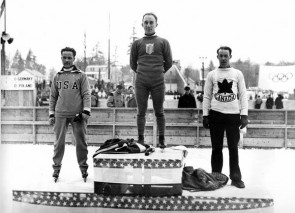 Though the shadow of 2018 is now a safe distance behind us, I can’t help but venture a look over my shoulder at the Year That Was to celebrate some of the great triumphs, disappointments, and general weirdness that it threw our way. Without further ado, I present my definitive and unimpeachable Game Awards for the Year We Called 2018.

The Extended Warranty Award for Biggest Con of 2018: Root

Ah, Root! The game that Trojan-horsed its way into our collective hearts, proving that if you dress up your blood-soaked machtpolitik wargame in a Winnie the Pooh furry costume, you can sell that shit to gamers everywhere. This sounds like shade, but I assure you it’s not—Root is a top-tier asymmetrical wargame that’s good as hell but has no real business being as popular as it is, and the fact that everyone’s going gaga over a game designed to simulate Foucaultian biopower (which is totally a thing I understand but don’t feel like talking about right now) is a coup of the highest order. Cole Wehrle is a lone squirrel plotting in the forest, and we are all part of the idiot cat army, waiting to fall into whatever trap he lays for us next.

The Opposite of FOMO Award for Game I Was Most Excited I Wasn’t Playing: Rising Sun

I like Rising Sun. Really, I do. While its hilariously under-researched setting and outrageous Kickstarter swag make me sigh (I mean, seriously, does one truly need a mini the size of a robot’s fist that won’t even fit on the fucking board?), I like the way its tight confines and limited number of actions crank up the heat on the diplomacy-and-dudes genre. However, I was at a Con That Will Not Be Named and made the best decision of 2018 when I saw a fellow setting the game up and briefly considered asking if I could join. Instead, I ended up playing the delightful Black Fleet. And then The Thing: Infection at Outpost 31. And then Star Trek: Galactic Enterprises. Dear reader, many hours later, I looked over at the far table and those dudes were still playing Rising Sun. It’s impossible to know if they were having fun or, having sunk centuries into the game, they were simply resigned to their endless fate. Some say that on a moonless night you can see them still, moving their stupid bird warriors and click-clacking their action tiles into eternity.

The Oh God They’re Checking Their Phones Award for Game I Loved but My Friends Mostly Hated: Empires of the Void II

When the first thing someone says after they finish a game is “I didn’t hate it,” I feel like it’s a pretty sure sign that they kind of hated it. I had high hopes for Red Raven’s grand space opus, but every time it hit the table it left my fellow players looking like the stock straight-faced emoji. It could be the excruciatingly long set-up time, the hard-to-teach rules, or perhaps the fact that, even with a couple plays under my belt, I’m still not sure how to, like, do a good job getting points and winning the game. I think what the issue actually is, though, is a bit of deception on the game’s part. Because for all its shiny 4x trappings, Empires of the Void II is secretly an adventure game—underneath its fleets and bases and upgrades, it’s actually more akin to Talisman than it is to Eclipse. When I learned to give up my empire-building expectations and let the game take me for a ride, I had some of the richest, funniest narrative gaming experiences of the year. Be gravely warned, though—your mileage may well vary.

Game That Made Me Feel the Stupidest in 2018: Ganz schön clever

WTF Award for Special Achievement in Art: The Mind

Seriously, who the fuck is this weird rabbit person, and why did Pandasaurus think that the best way to sell their strange, cool telepathic number game was to adorn it with a character that looks like it belongs on a T-shirt your great aunt bought on a beach trip in 1997? Between this and the inexplicable throwing stars you use to destroy, uh, numbers, playing the Mind feels like hanging out with a stoner with a surprisingly good record collection: you might be able to bliss out to some sick Sleep deep cuts, but before you do you have to hear about the embarrassing spiritual history of this dude’s Kokopelli bong first.

I can’t stop buying Keyforge decks. And not because it’s a fun game and an absolutely perfect low-cost holiday gift for the nerd in your life (though it is and it is). No, I can’t stop buying them because there’s nothing like the weird linguistic rush of unwrapping a new deck and discovering whatever bonkers deck name the Fantasy Flight Supercomputer has worked up just for you. “Maldwin the Respectably Bald?” “Flatfoot Lizbeth, Apothecary Warboss?” Each name sounds like it could belong to the best character in the worst fantasy novel, which is to say each is wonderful and better than about 95% of the writing FFG does on purpose. While ten bucks sounds like a lot to spend to play the language lottery, as someone with a couple pointless English degrees and a not-insignificant amount of student debt, this is pretty much my entire wheelhouse.

Bigfoot Award for Game that Purportedly Exists but I’m Not So Sure: Western Legends

Seriously, I think anyone who’s claimed to play this game is a liar. Slyly rebuffed review copy requests, sky-high second-hand market prices, and blurry component photos have all convinced me that Western Legends is a piece of pop-culture mythology as elusive as the Who’s Lifehouse, Gilliam’s The Man Who Killed Don Quixote, and the original Tomb Raider nude code. I was in a ludicrously well-stocked game store the other day and, I kid you not, there was a giant, game-sized hole in the “W” section—the only such gap in the otherwise jam-packed store. I stared into it for a moment and swear I heard a high, lonesome whistle and the jangle of ghostly spurs, taunting me, forever taunting me.

Edit: Okay, it turns out you can just order the damn thing directly from Kolossal’s website, and it’s just sort of expensive to begin with. Oops. Whelp, if you want more of this same eagle-eyed, hard-hitting journalism, I recommend you stick with me as we barrel forward into 2019—it’s gonna be a helluva year.

Legomancer replied the topic: #290146 17 Jan 2019 09:51
I have played Western Legends! It's real! Unfortunately, unlike most adventure type games, it works better with *more* players.

WadeMonnig replied the topic: #290167 17 Jan 2019 12:58
Pretty sure this is a song about trying to play Western Legends and the what is required to actually get the game.

Colorcrayons replied the topic: #290168 17 Jan 2019 13:00
"...playing the Mind feels like hanging out with a stoner with a surprisingly good record collection: you might be able to bliss out to some sick Sleep deep cuts, but before you do you have to hear about the embarrassing spiritual history of this dude’s Kokopelli bong first."


That, right there, is poetry. As well as an apt analogy.

Sadly, I have to agree with your assessment of Empires of the Void II. I played this a couple of times, and the response each time was ... muted, half-hearted praise. "It's okay." "Yeah, that was kinda cool, I guess." "Beats a sharp stick in the eye."

It's an odd duck of a game. As you said, it looks for all the world like a space empire-building game, but it's just not. It actually has more in common with Red Raven's Islebound game. In Islebound, you have one ship that you use to bop around to all these various islands, having adventures, and building stuff. Ryan Laukat took that same premise, changed it to a "Worldship" and swapped in planets for islands.

I think it might be a matter of adjusting one's expectations.

Bring back a report on that one, gotta say I'm curious.

Jexik replied the topic: #290244 18 Jan 2019 20:57
"While ten bucks sounds like a lot to spend to play the language lottery, as someone with a couple pointless English degrees and a not-insignificant amount of student debt, this is pretty much my entire wheelhouse."

The "language lottery" is precisely how I got my wife interested in the game. Her deck is "Quenby, Automatic Locus Zookeeper." Our best two names are "Harshly Anxious Prescott," and "The Hammer who Owns Control."

Saul Goodman replied the topic: #290246 18 Jan 2019 21:29
This is a fantastic end of the year article. Rising Sun: I saw that game being played also and I stated to get a migraine. I’ve only played it once before and for a short game it takes a good 6 hours.

I'd play it again, but I can't really imagine ever requesting it over Cthulhu Wars. In my group, the same person owns both games, and it's a hassle for him to drag these multi-box monstrosities around.