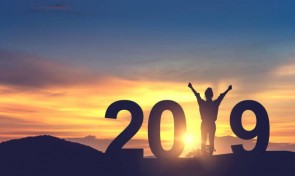 'Tis the season to play games. There's no easier time of year, as friends and family gather around the hearth in the gathering gloom, to get everyone playing together. Enjoy their company and enjoy whatever it is they want to play. Eat, drink, game and be merry.

Full-on hobby games aren't so much on the menu, and that's fine. But if you do get the chance to get something meatier than a turkey joint to the table, here are my picks for the top titles of twenty-nineteen.

It was actually an easy choice this year. There's a couple I'd still like to play: Watergate and Tapestry. But as it stands there were five games that stood head and shoulders above their peers. And they're so good they make this feel like a better year for gaming than it perhaps was.

Aside from a couple of cracking reprints in Dune and Shadows of Malice, top tier new titles were a bit thin on the ground. But these five had quality enough between them to make up for it.

When Vast: The Crystal Caverns hit the table, I spent about an hour explaining how all the various roles worked. Then we were so enchanted by it, we played it the whole night. Then it never came out again because, lawks, but I wasn't up to explaining it over. Vast: The Mysterious Manor has the same concept. Every player has a distinct role with distinct rules and the game kind of falls out of the bits where they overlap. It's a unique concept which builds into a unique strategic dungeon game, with a dizzying variety of tactical angles to explore. The roles in this version are different enough to make it distinct from the original and more interesting to play. Best of all, though, they're easier to teach thanks partly to a revamped rulebook, which ensures this one keeps seeing table time.

I picked this up on a whim, wanting to check out the heat rather than any real sense it was going to be a top-tier title for me. Flipping through the rulebook suggested a plain affair where players were just working to make the best of the random set of buildings on offer. But what the rules don't tell you is the vicious competition over space on your tiny building grid. After a few turns, fitting in new plots around your existing buildings becomes a nightmare of spatial planning and risk management. A couple more and players are crowing in glee as they hate-pick crap to clog up everyone else's grid. An absolute marvel of tactics and brutality, crammed into half an hour, teaching time included.

Another unexpected delight from a genre that doesn't usually flip my switches, this time its engine building. But it's hard not to love a game of any genre when it achieves a seemingly impossible goal. Take eight cards, drafted or at random, out of a deck of forty-odd and make an engine out of them. There's simply no way you should be able to get enough consistency to make that interesting, yet Res Arcana makes it brilliant. Everything teeters on edge decisions as the game races toward its climax, and it even throws in a slice of theme and a garnish of interaction too. And with such a varied deck and hands, every game is a new, thrilling puzzle to pick apart. Doesn't work well with four, but hoping the new expansion has a fix for that.

This is the best two-player game I've seen this year and I've written it up as such about half a dozen times in different places. I'm sick of telling everyone how good this game is, how it's a near-perfect balance of gaminess and realism, thrills and strategy. So just read my review and get it already. There's a North Africa expansion out early next year which I'm ridiculously excited about.

Giving players lots to do and little to do it with is an old saw in game design. But in all my years of gaming, I have never seen it so brilliantly realised as it is here. A hand of two cards, three cards in play and two actions per turn to sort out a hideous tangle of espionage, violence and economics and come out on top. It's so full of clever ideas, like the way cards become an extension of the board on which spy pieces operate, that it's as dazzling to admire as it is to play. If that were not enough, it also boasts the year's best production quality. I feel like I could play this dozens of times and barely scratch the surface: that may be because I'm hideously bad at it. Not so sold on how well it handles historical detail, but when its dizzying intricacies make such a fine mirror of the complexities of colonial politics, perhaps that doesn't matter.

So that's a wrap for another year. I'll be back sometime early in the next one, perhaps with a few more traditional reviews over those narrative ones: the form is feeling a bit limited and lacks opportunities for analysis.

Have a great holiday. Thanks for coming to my party this year: it's been a ball to have you. I just wish y'all could stay a bit longer.