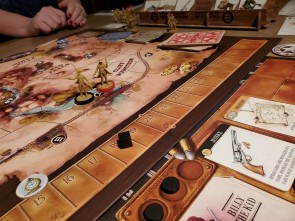 Last year, I published my Woefully Incomplete and Wholly Inaccurate Best of 2018 Guide. This year, I decided to really mix things up and publish my Woefully Inaccurate and Wholly Incomplete Best of 2019 Guide. As I said last year, if you are searching for the definitive best of 2019 boardgame guide, look further. This isn’t it. This is my list of the best and most notable games that I personally played in 2019. I did carry over a few awards from last year and I added a couple more for good measure.

How can you argue with a game that lets you back a train up to Cthulhu and shoot him in the face with a cannon? You can check out the review I wrote last November Here. (Never let the facts get in the way of a good award: I don't care if I also played it at the end of last year, it is STILL the best co-op I played all of this year.) 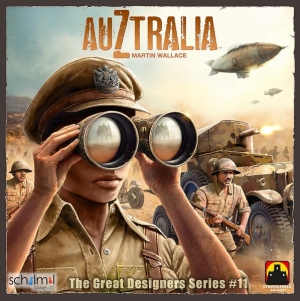 Honorable Mention: I didn't think any co-op would even come close to providing me the entertainment that Auztralia did all this year but a few weeks ago I stumbled upon Hellapagos at my FLGS. I had heard good things about it and those things were dead to rights. My formal review is in the works but imagine “Survivor” where the players died...or Gilligan's Island where Jonas Grumby handed out bullets to the head instead of smacking his “Little Buddy” with his hat when things got rough. 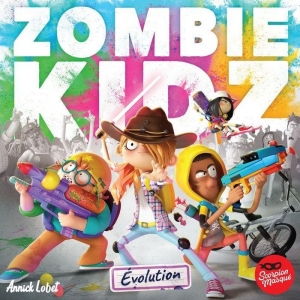 Zombie Kidz is a legacy game for children: The perfect audience because they haven't had the joy of opening envelopes beaten out of them by adulthood. As with most Legacy games, talking about what is actually unlocked as you progress along is kind of verboten. But, as my 6 year old niece pointed out in a conspiratorial whisper “I think there are going to be more characters in the envelopes!” Amused, I asked her why. “Because it comes with extra player stands!” Ah, spoilers from the literal mouth of babes. Do you need a game for the younger crowd/kids/anyone up to and including teens? This is it. Best of all, it is entertaining enough that you don't dread when the kids pull it out to play.

Expansion of the Year 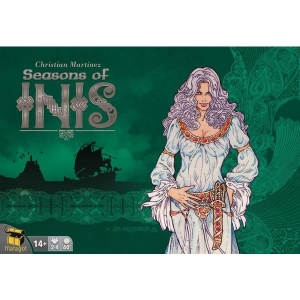 Wade: Please...Please...Please
* admires the Seasons of Inis box art on last time before removing plastic *
Wade: Please....Please
* opens the box for the expansion *
Wade: (Yells) Yes!
* From the other room *
Jessica: What?
Wade: The new clan in Seasons of Inis is Black!
Jessica: Oh...Well, I'm glad you get to play as your favorite color...
Wade: I'm giving it five stars!
Jessica: Sigh. Maybe you should play it first.
Wade: Thank you for volunteering sweety!
Jessica: Do some of them still look like downhill ski jumpers?
Wade: I just need some hot water and I can fix that...

Inis: Seasons of Inis was one of my most anticipated expansions of the year. Sadly, I haven't found the time to actually sit down and write the review. It is a modular expansion as Madagot has become famous for and, like their other modular expansions, it has some items that I could take or leave. But, more importantly, I can now play it with five players, it has new season cards, they added obelisks...err...ports and did I mention the new player color is Black?

Party Game of the Year 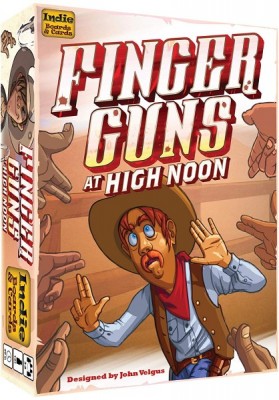 Want to know why this is my party game of the year? You can either read my review of Finger Guns at High Noon or decipher this Emoji-only mini-review as composed by my daughter, Piper: 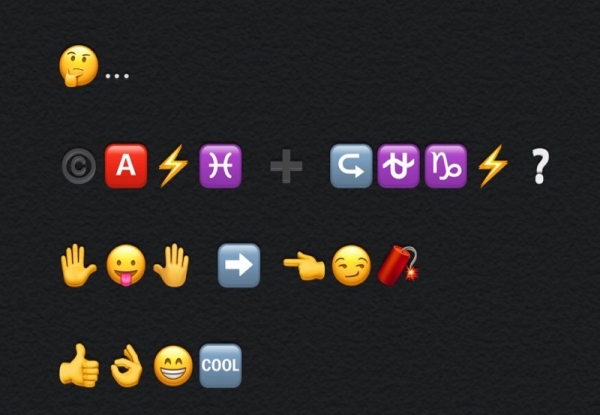 And if you need an explanation of how to play, here you go:

The Gateway Game of the Year 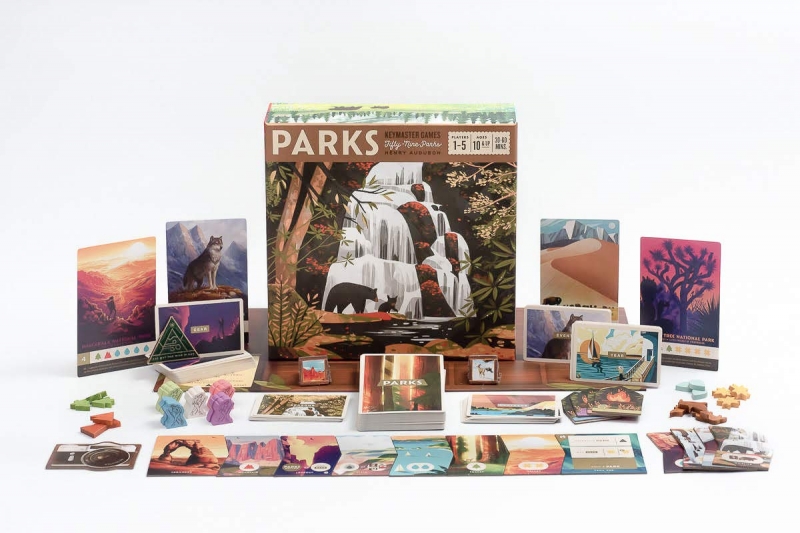 Keymaster Games “Out-Stonemaiered” even Stonemaier Games with their release of Parks. Beautiful art, custom meeples, intriguing gameplay and a fantastic Game Trayz insert. If someone tells you to “Take a Hike” this is the way to do it.

Best “That's Not a Game” Award 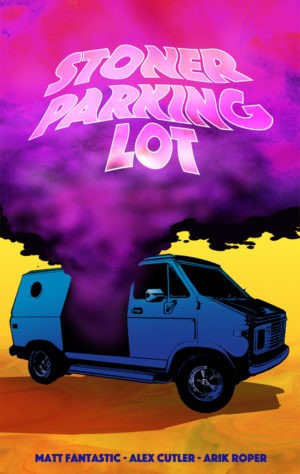 It's late, you've been gaming for hours, brains are burned but you are not quite ready to call it a night. This is when Stoner Parking Lot consistently comes out at my game nights. Within a few minutes, we are all giggling like teens in high school and throwing out comments like “Shhhh! You're going to wake M̶y̶ ̶P̶a̶r̶e̶n̶t̶s̶ The Kids!” You can find my foul-mouthed, nostalgia driven review here. Snoochie Boochies!

Roll and Write Game of the Year 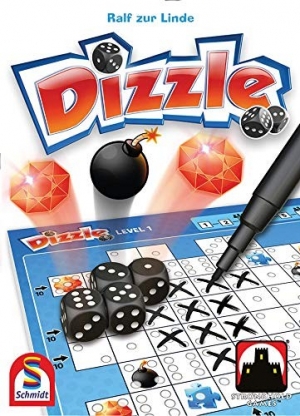 I've played more than my fair share of heads-down, disappointing, multi-player solitaire Roll and Writes this year. Dizzle was a complete surprise to me because not only did it include sufficient player interaction, it was simply a ton of fun to play.

Best “Let's Turn this into a Dice Game” Award 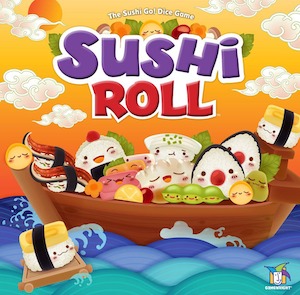 Close your eyes and imagine Sushi Go! As a dice game. No, wait, this is a written review...Never mind, open your eyes. Sushi Roll is exactly what you want and expect as a dice specific version of the modern classic set collection/card drafting game...only better. Starting with a proven winner means that Gamewright didn't skimp on the awesome custom chunky dice. They kept the conveyor belts (which means you are required to do the “Chuga-Chuga” sounds as you pass the dice around) and the set collection aspect has been enhanced by the fact you each player rolls the dice again once they receive them, meaning that it isn't a perfect information game. It's an imperfect information, do you feel lucky, extremely visual game that is just as enjoyable as the original. Hell, I might even write a review of it...If I didn't use all my pithy turn-of-phrases in this list.

Last year my Woefully incomplete and wholly inaccurate best of 2018 guide ended with this little gem: “There are plenty of games that I wasn’t able to experience that might have made the list (Lords of Hellas, Western Legends), “

Well, I guess I do know what I am most likely going to enjoy when it comes to gaming. Both Western Legends and Lords of Hellas did not disappoint me in the slightest. You may be asking why Western Legends beat out Lords of Hellas as my pick for game of the year? The truth is I based it on one simple fact: It has been easier to get to the table. Accessibility has to count for something and I literally taught this to my Father-In-Law in about 10 minutes and he proceeded to teach us all a lesson on how to become legendary in the Old West. You can find my long-winded reviews for both Western Legends and Lords of Hellas right here at Therewillbe.games 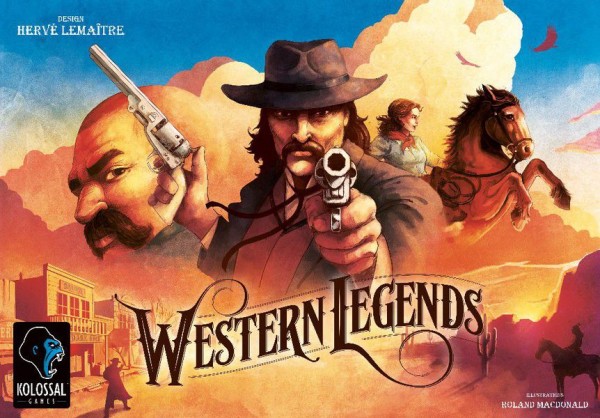 Runner Up: Lords of Hellas 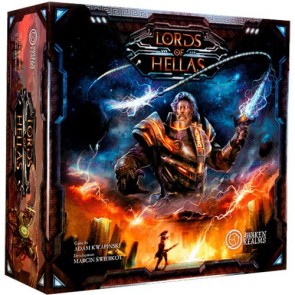 So, there you have it, my best of 2019 awards. There are plenty of games that I wasn’t able to experience that might have made the list (I hereby refuse to name them and, thus, spoil next years awards). As promised, it is woefully incomplete and wholly inaccurate. Or was it visa-versa?

Discuss this article
Log in to comment
Posts in discussion: My Woefully Inaccurate and Wholly Incomplete Best of 2019 Guide

WadeMonnig replied the topic: #305228 18 Dec 2019 10:44
I'd like to congratulate Piper Monnig on her Therewillbe.game debut. If Unboxing can be a thing, Emoji Reviews are the next level.

Josh Look replied the topic: #305231 18 Dec 2019 11:39
I’m in support of games from outside the current year showing up in end of the year lists, especially if that game is Western Legends.

charlest replied the topic: #305232 18 Dec 2019 11:50
Wade's a rebel. Games that aren't cooperative being given "Best Cooperative" awards, releases from mid 2018 being named and considered for game of the year. Total madness.

charlest wrote: Wade's a rebel. Games that aren't cooperative being given "Best Cooperative" awards, releases from mid 2018 being named and considered for game of the year. Total madness.

Rumor has it that Tainted Grail is up for GOTY in 2023
Read More...