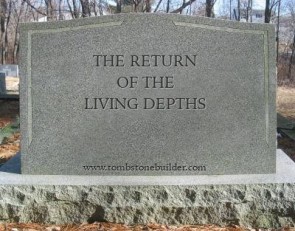 This is the second and final part of my “Best from the bottom of the BGG rankings.” The spirit of the list is what are your lowest ranked games on BGG that you rate highly/are personal favorites and would recommend to others.

If you don't have either of these titles, opt for Cockroach Poker Royal, it is basically the base game with a Royals expansion. The premise is almost as ridiculous as the game is fun. The complete lack of text and easy explanation means you can play this with children of pretty much any age...and see how they are all little natural born liars. 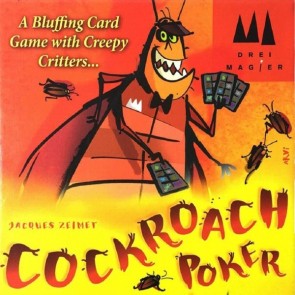 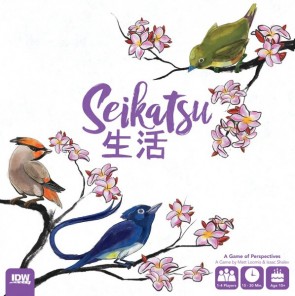 Before the whole 2019 “Bird's are fire hot!” explosion, there was Seikatsu, my go-to game if I have exactly three people who wish to play a game. If anyone told me that I would one day be praising the virtues of a game where you are rewarded for creating the best view from your back door, I'd assume I would at least be doing it for AARP magazine.
My Review 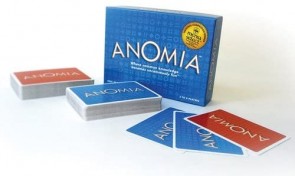 I always call Anomia “A polite person's worst nightmare.” Players flip category cards until the symbols on two players’ cards match. Matching players race to give an example of the category on their opponent’s card. The categories all all super easy but even when the category is something like “Types of Flowers” someone will inevitably go “Oh!!!! Ummm....errr....wait...damn it...” and, if you are a person with politeness pounded into you for decades, it is hard to overcome that and “interrupt” them and say “Enterprise” to answer their clue of “Space Ships.” There is a normal version of Anomia, but just skip that and grab the Party Edition. The extra decks of clue cards are well worth it. There is also a “Anomia X” NSFW version for anyone still under the illusion that board games are somehow going to lead to sex (Note: I haven't played Anomia X, so your board game induced sex mileage may vary.)

Anomia is one of the games my group are hyper-competitive about. It actually required we make a ruling on the “proper” way to flip cards (not toward yourself, so that you get a sneak peak of what the symbol is but away from yourself to negate any advantage to yourself) and a “hands off the table if it isn't your turn” rule to stop someone from accidentally blocking the view of your cards. 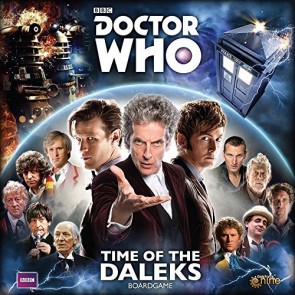 Okay, this one probably isn't for everyone. But as devout Whovian who has tried at least a half dozen Doctor Who themed games, this one is far and away my favorite. And my oldest Son, Gage, who is on the Autistic spectrum, loves Doctor Who, grasps this game, and digs it. (Remember in my review of the 5th and 10th Doctor expansion when I mentioned how I now wanted to re-watch all the- 5th Doctor episodes? Gage did...and the 6th Doctor and the 7th Doctor and is currently working his way through the 1st Doctor). Years after the initial publishing, new Doctor and Companion expansions have just been released and I snagged them. Maybe the game doesn't need them but seeing the joy on my son's face when busting out new characters and Doctor's is going to keep me playing this for a long time.
My Review
5th and 10th Doctor Expansion Review
My Interview is Andrew Haught-The Designer of Time of the Daleks 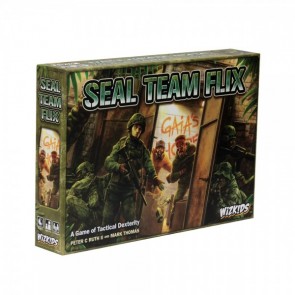 This is where you would expect me to bestow the virtues of Seal Team Flix on you and tell you why you need to seek it out and add it to your collection. What I am going to do, instead, is tell you keep an eye out for Phantom Division.

Seal Team Flix, for some, suffered from being all too real. The Eco-terrorist antagonist wanted to cleanse the world of the parasites known as humans. When the big bad makes you actually think about their perspective, it's hard to place them as the ultimate evil. "Kill em' all and let God sort 'em out" doesn't really fly when in a climate where you can think “You know, Thanos might want half the universe dead but he kind of has a good point...” All the weapons and terminology in STF is also linked to actual existing technology/tactics. That sort of realism can make the moment a SEAL is downed an PTSD-inducing moment.

Enter Phantom Division- the upcoming game flicking/dexterity game where Mark Thomas and Pete Ruth throw of the shackles of being grounded in modern day realism and mutate the STFs DNA into something otherworldly. Just reading Mark's tweets (@hotseatgames) has me obscenely excited about this title. Why worry about line-of-sight if your alien heroes have eyes on stalks to peer around corners? Active camouflage? Why would a chameleon race need that? So, quit pining over those STF expansions that will never come and rest easy knowing they are being integrated into Phantom Division.
My Best of 2018 List - Including Seal Team Flix 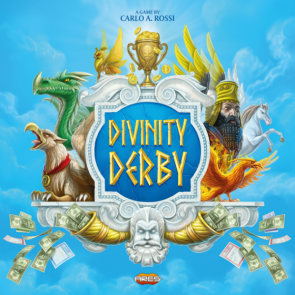 I love the shared card aspect of this game...all the way up until someone takes a card I was depending on to push the Griffin ahead and makes him virtually spin in place. As a game where you aren't playing a specific character in the race, it is easy, and required, to start rooting for different character at any time. Sometimes it is fun just to be gods sitting back and betting on the trivial exploits of some mythical characters racing around a board.
My Review 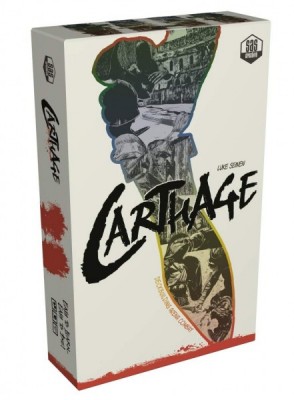 This is one of the never fail titles in my collection. Literally everyone I have introduced it to has enjoyed it. It has deck building with a real purpose...creating a gladiator who can outlive their opponents. It doesn't matter if the players only knowledge of gladiators is the punch line from the movie Airplane, it is both intuitive and exciting with the added bonus of eliminated players still being able to take some small revenge and be invested in the final outcome.
Head to Head - Carthage Review with Raf and Wade

I almost bypassed this one as a “Classic” game. It is 100% Dice Rolling and Risk Taking. A complete no-brainier that you can play no matter what “mental state” portion of the night you are in (A.K.A. It is pretty easy to play while drunk). Rousing renditions of the Super Chicken Theme song will be sung when someone refuses to risk an obscene amount of points on a risky roll. I'm not exaggerating when I say that I play this at least once a week. You may know it as “Dice 10,000” or any number of other names, but we know it as that game we will most likely end every game night we have.

Discuss this article
Log in to comment
Posts in discussion: Return of the Living Depths: The Best of the Bottom of BGG Rankings