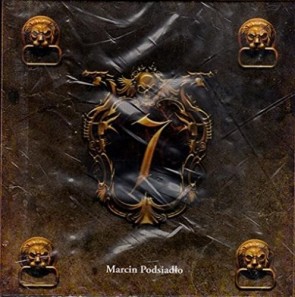 7 is a fantasy board game, in which you will become a hero worthy of legends, gathering his own party of adventurers to win over an ancient evil. You will take part in dangerous quests, working with other heroes to recover the miraculous Armor of Virtues and proving that you are the most worthy of wearing it. You shall accomplish great deeds, as long as you guard yourself from the temptation of excess, which brings with it sin and disaster.

7 offers a unique mechanism of play, joining the aspect of cooperation with an element of rivarly. For the kingdom to survive, you will have to join your forces with other players. Be wary though, as there can be only one victor. You will have to beware of excessive ambition though, as it can unnoticingly cause your strenght to falter.

7 opens the gates to a heroic, but dangerous adventure.

Cockroach Poker
4.0
L Legomancer
"You can keep all your Coups and what-not. This game..."