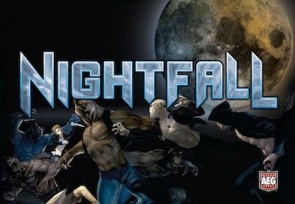 The sun has retreated from the earth. It has been a little over a week since the last hint of light shone over the horizon, and the chaos has begun. People fear for their existence, while scientists strug- gle to explain the phenomenon. Until they came. The creatures of nightmare - vampires, werewolves, and ghouls - have begun to appear throughout the world. Nightfall is a fast and furious deck-building game of supernatural horror.