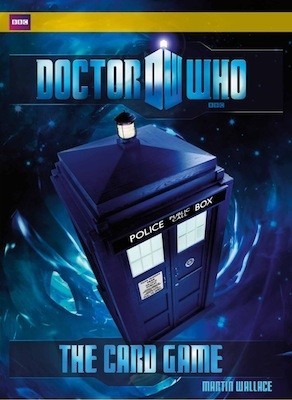 We live in a dangerous universe, brimming with aliens and creatures who mean us harm. But we do not stand alone. From a lost world, the last of his kind, the Doctor can be relied upon to protect the weak and stand up to intergalactic bullies across time and space.

The Doctor Who Card Game gives you the opportunity to defeat the Daleks with a Jammy Dodger, send The Silence back into the void, and have a break with some delicious fishfingers and custard.

This game has been created by the internationally renowned designer Martin Wallace, responsible for games such as Discworld: Ankh-Morpork® and A Few Acres of Snow. It has been designed to appeal to both experienced games players and those who might be just dipping their toe into the hobby for the first time.

Cleopatra and the Society of Architects
3.5
H HiveGod
"A mish-mash of mechanics (set collection cardplay, blind bidding, and..."