A Victory Complete: The Battle of Tannenberg, 1914 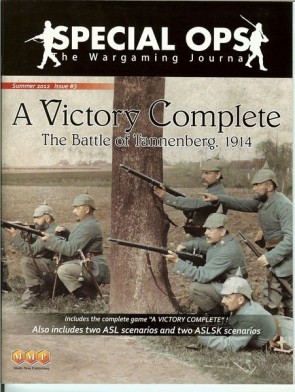 A Victory Complete covers the battles of Tannenberg and the Masurian Lakes during mid August through mid September. Two ill prepared, yet superior in numbers, Imperial Russian armies attack East Prussia in August 1914 in order to honor the Franco-Russian Alliance of 1894.
Even though the Russian attack turned out to a disaster, it played an important role on the Western Front. German reserves were pulled from the West to East Prussia, that otherwise would have been used in the crucial battle of the Marne north of Paris.

The game, previously by Swedish publisher Three Crowns Game Productions, has been translated into English as part of the "A Victory Lost" system from the Internation Game Series.