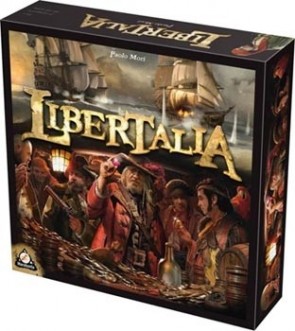 Outwit the plans of competing over three campaigns while using the same crew cards as your comrades! Will you be able to make the most of the abilities of your characters at the right time, or will you have the loot snatched from under your foot by a wilier pirate than you? Dive in and prove your knack for tactics!

The game takes place over three campaigns where players try to amass riches by looting ships. Looting is a dangerous activity, as players need to avoid collecting cursed relics. At the end of the game, the richest player is deemed the winner!