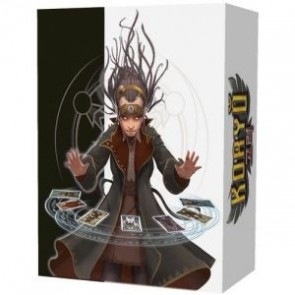 Koryo takes place in a uchronic and politico-steampunk universe, rooted in the lands of the 10th-century Great Korea. Players play character and event cards during 8 turns so as to build their influence with the nine governing political families. At the end of the game, the player having gained the greatest influence wins the game.