The Lord of the Rings LCG: Fog on the Barrow-Downs Standalone Quest 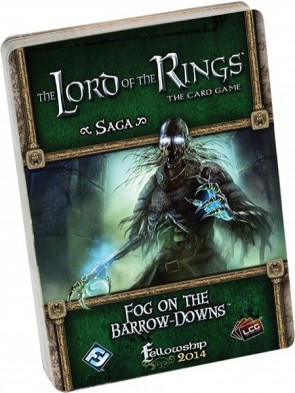 Brave a perilous journey across the barrow-downs, and come face-to-face with the barrows’ terrible wights. First released in 2014 as part of a special Fellowship Event, Fog on the Barrow-downs, a fifty-four card scenario for The Lord of the Rings: The Card Game directly inspired by one of the early chapters in The Fellowship of the Ring, challenges players to find their way across the barrow-downs - without being caught by Wights and entombed forever! From the house of Tom Bombadil, the scenario's four quest stages lead you into the thick of the barrow-downs...it's up to you to find a way out! While the scenario can be played on its own, it also comes with boon and setup cards that allow you to play it in Campaign Mode, seamlessly woven into the narrative told by the adventures from The Black Riders Saga Expansion.

Cleopatra and the Society of Architects
2.5
N Nodens
"The gameplay is interesting enough, the toy factor is huge..."